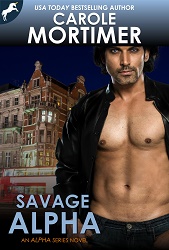 I’m going away for ten days to Majorca this month, for a much needed break with my husband and youngest son, after the rush and bustle of Christmas and the long wet winter in the UK. I’m so disappointed we haven’t had any snow as yet—that’s two years in a row now—and I love the snow. I know it causes chaos, on the roads and airports etc, but I just love to see that carpet of white on the ground. It always makes me smile. 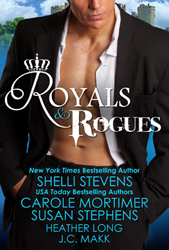 March is a very busy month for me, as I have two books being released. The first book is Savage Alpha (Alpha 8), out on March 2nd. This is the last book in the contemporary Alpha Series. But—I love it when there’s a ‘but’, don’t you? The second book I have out this month, on March 1st, is the introductory novella to Knight Security, the spin-off series to Alpha. This novella is called Alexandre (Knight Security 0.5), and it is out in a boxed set, titled Royals & Rogues, with four other bestselling authors.

Coming up next month I have the release of Taken by the Earl (Regency Unlaced 3) on April 2nd. Followed by Pursued by the Viscount (Regency Unlaced 4), release date May 27th. June will see the publication of the first full-length novel in the Knight Security series, Defying Asher (Knight Security 1). Asher is a secondary character in both Savage Alpha, and the novella Alexandre (Knight Security 0.5). He’s arrogant, outspoken, and really needs a kick up his bossy ass, which my heroine is only too happy to provide. I am sooo looking forward to writing Asher’s story!

As always, the stories in my Alpha, Knight Security, and Regency Unlaced Series are all romances with added suspense and danger. They are also more explicit in their language and sexual content than my other books.