Congratulations to Natalie, and Mary P., the winners in Gwenan's giveaway. Thank you to all who participated!


After my first romantic suspense novel came out a few years ago, many people asked if I’d ever thought about writing something based on the years I spent working in Washington, D.C.  The truth is I hadn’t. I wasn’t sure why, because my job in the nation’s capital was one of the most interesting, unpredictable times of my life. While I wasn’t living a luxurious existence back then – I was too busy paying off student loans – I did end up working on issues I really cared about and meeting some fascinating people. Eventually I was lucky enough to travel to Europe, Russia and even to mujahidiin rebel camps along the border of Afghanistan. I still remember navigating the colorful bazaars in Rawal Pindi, drinking Cognac in Moscow and traveling by train along the Rhine River in Germany. 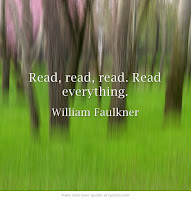 All that sounds very glamorous, so I should probably mention that most of my time was spent working instead of sightseeing. Still, when I began throwing around ideas for romantic suspense novel number two my mind kept skipping back to those years in Washington. After a couple of months those ideas came together to form the story of Laura Drake, a low-level aide on Capitol Hill who finds herself caught up in a global scandal that puts her life in danger. When Laura meets FBI agent Dalton Ross things get even more complicated and she’s forced to leave her routine existence behind forever.

While I didn’t actually work on the Hill, I had more than a few friends who did and my job took me to that part of the city quite a bit. When I started plotting Collateral Damage I drew on those experiences—the good, the glamorous and the downright dull. The novel opens with the downright dull and escalates fairly quickly: Laura is spending a dateless Friday night searching for a misplaced file when she receives a mysterious text message she can’t ignore. I had plenty to draw on for the office drudgery (a Saturday stuffing hundreds of envelopes comes to mind) but I also beefed up the story’s details with research and lots of Netflix binge-watching. What better excuse to spend a few hours catching up on House of Cards, right?

The excerpt below occurs shortly after Laura and Dalton meet in a Capitol Hill bar. They’re on their way to search someone’s home in the D.C. suburbs and soon find out their situation is far worse than either of them could have guessed.

Giveaway
I’m giving away a signed copy of the book, as well as an e-copy. Leave a comment for a chance to win. 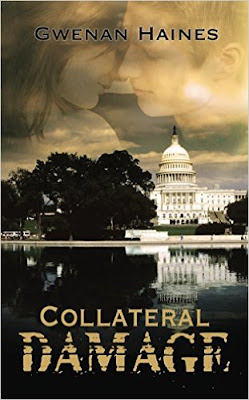 For three years Laura Drake has watched Senator Pete Worthington promote a series of gorgeous women while she sits in a forgotten corner answering constituent letters on an outdated computer. When Worthington asks her to find an elusive file one Friday night he sets off a series of events that brands her as a killer and puts her life in jeopardy. The path she sets out on forces her to confront not only the nature of evil but the ghosts from her past that have never been set to rest.FBI Agent Dalton Ross transferred from Chicago to Washington to escape his own ghosts. When his investigation leads him to Laura he's torn between his desire to keep her safe and the need to protect his own heart. As the mystery that surrounds them deepens, Laura and Dalton race to save themselves and the nation from someone willing to sacrifice anything to protect a secret.

Excerpt:
Dalton checked his gun and opened the driver’s side door as quietly as possible. “Appearances can be deceiving.”

She opened her door too. “You leave me here, I’m gone when you get back.” She flashed an object in front of his face. “And I’ve got the key.”

“Do you have a death wish or something?” How had she managed to get hold of the key? He was sure he’d put it in his wallet, which was tucked away in the glove compartment. He would have remembered it if she’d opened it. “I thought you said you were dull.”

“I am.” She deposited the key down the front of her dress. “But I’m kinda getting the hang of this adventure thing.”

A grin tugged at the corner of his mouth, but he suppressed it. She was charming, no doubt about that. And damn mysterious, too. As she stood there smiling with cat-like satisfaction, he had to resist the urge to take her in his arms and kiss her. Just the idea of pressing his lips to hers was making him hard. The trouble was Laura had no idea what she was up against. She thought of all this as an exciting change from her ordinary life.

But this was real life, and real life was full of people whose sole purpose was to inflict as much pain as they possibly could. It was all too easy to go about one’s business without ever seeing the dark side of things—he’d done it for years, and in a way, he wished he could go back to being that twenty-year-old kid who signed up for an interview with the FBI mostly to impress his buddies. But after more than a decade spent hunting killers he knew that like all fairy-tales, the happily-ever-after of suburbia had its monsters.

About the author:
I live in an old Cape house in New England with my daughter, too many books, and a red-and-white Siberian husky born on Halloween. I’m the author of the romantic suspense novel Vertigo, which is available as an E-book from Amazon Encore and in paperback from Wild Rose Press. Collateral Risk, the follow-up novel to Collateral Damage (which features Dalton’s boss Nick Doyle and scientist Mia Lindgren), is forthcoming from Wild Rose Press. When I’m not working on fiction, I write poetry, teach literature and am still trying to learn how to cook.

Giveaway ends 11:59pm EST Feb. 27th. Please supply your email in the post. You may use spaces or full text for security. (ex. jsmith at gmail dot com) If you do not wish to supply your email, or have trouble posting, please email maureen@justromanticsuspense.com with a subject title of JRS GIVEAWAY to be entered in the current giveaway.
Posted by Maureen A. Miller at 12:30:00 AM