Congratulations to "Rachel B.", the winner in Misty's giveaway. Thank you to all who participated!

One of my favorite things about being an author is connecting with readers. I’m a reader, as well as a writer, and many times, I finish a book and think, “I wish I could talk to the author and tell her how much I loved this story and ask her a question or two about the characters.”
Have you ever wished that? 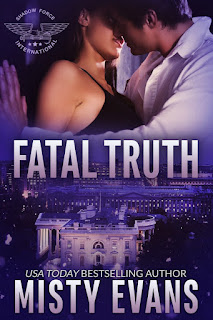 I have a review crew called Misty’s Rockin’ Readers and I recently asked them if they’d like to chat with me once a month or so and do just that. They were excited about the prospect, so it’s something I’m planning this year. Meantime, I asked them what they wanted to know about me and my books for this guest post. Here are their questions and my answers!

How do you balance your heavy writing schedule with having a life?

ME: Balance? What is that? LOL. Actually, I do try to keep things in perspective and balance as much as possible. With twin boys, a husband, a coaching service, and becoming a certified yoga instructor this year, which requires 200 hours of training, it can be a challenge to fit in the writing and marketing of all of my books. Preparation is the key to staying organized and meeting my goals. I outline my books, plan my writing schedule at least a year in advance, and even prep for weekly dinners ahead of time. I’m like the elves in the Disney Christmas movie, Prep & Landing, except I’m both the elves and Santa!

How do you come up with your series ideas?

ME: I have SO many ideas, I never want for more. But each series evolves over time as I start outlining and coming up with motives and secrets for my characters. I do a lot of research, reading, watching YouTube videos, talking to sources inside the various agencies or with military/police experience, and with each new nugget of info, the series gets another layer or plot twist. One series leads to another. For instance, Cooper Harris from the SCVC Taskforce originally appeared in Operation Proof of Life as a DEA agent in South America. I liked him, so I gave him his own series. While writing that series, Emit Petit showed up in Deadly Force. Readers loved him, Cal, and Bianca from that story, so I spun off Emit’s story to start Shadow Force International (the first book, out this month, is FATAL TRUTH).

How you are able to co-write series?

ME: I write the Justice Team romantic suspense series with Adrienne Giordano, and I write the Hit Wedding contemporary romance series with Nana Malone, and I’ve loved every minute of both. My fellow authors are like me—creative souls and total businesswomen. We share the same goals and can practically read each other’s minds at times when we’re building characters and storylines.

Being a writer can be an isolating career, but when you co-write, you spend a lot of time with another writer. It challenges you think out of the box, manage your time wisely, and in our case, you laugh your butt off. We really do have fun.

Do you have a favorite author that you think everyone needs to try?

ME: I have so many favorites… For romantic suspense, I recommend Suzanne Brockmann, Linda Howard, Maya Banks, Adrienne Giordano, Liliana Hart, Dianna Love, Kelsey Browning, Joan Swan, Chris Almeida and Cecilia Aubrey. For contemporary romance, I love Susan Elizabeth Phillips and Amy Manemann. For urban fantasy, I’m a JR Ward gal, and in YA urban fantasy, I can’t get enough of Aria Michaels.

What do you do for your research and how do you use that in your books?

ME: I read a TON of nonfiction and talk to people in various fields. For my latest book, FATAL TRUTH, the heroine is based on a gal I read about in Elle magazine who helped Edward Snowden stay hidden in a Russian airport for weeks. I love to read SEAL memoirs. For the Super Agent spy series, I’ve spoken to FBI agents and Homeland consultants, as well as a guy who used to work (maybe still does!) for a covert agency we’ll leave unnamed. They are absolutely fascinating! For my SCVC Taskforce series, I’ve used FBI and police sources. I have readers who are nurses and give me best and worst case scenarios for injuries, including knife wounds and gunshot wounds. I couldn’t write accurately without lots of research! And it’s fun. I’ve even interviewed a black hat hacker who went to the white hat side. You just never know who and what you’ll stumble across as a writer.

We all joke about the NSA watching everything - have you ever had someone in authority question your research?

ME: My kids always say that men in black suits are going to show up at our door some day and drag me away, but no, I’ve never had anyone in authority question my research. I once had an agent ask me if I was a CIA operative because my stories were so accurate. She almost didn’t believe me when I said I wasn’t. I guess that’s the best compliment anyone could pay me!

Giveaway
Readers, is there anything YOU would like to ask me? An author you would recommend? Comment to be entered to win a copy of the first book in my SCVC Taskforce Series, Deadly Pursuit! 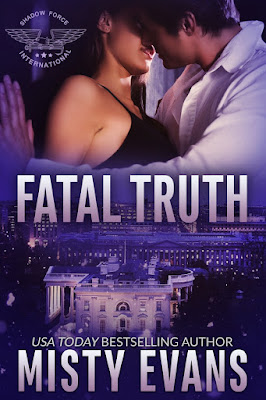 She’s an investigative reporter who lives to uncover the truth.

Feisty television host Savanna Bunkett exposes government cover-ups on her award-winning show, The Bunk Stops Here. When she digs into a rumor about a top-secret government project that's producing “super soldiers” for the president, she suddenly finds herself on an assassin’s hit list.

He's the man who knows the truth.

Navy SEAL Lieutenant Trace Hunter is the only soldier to survive Project 24. After refusing a direct order from the president, he was branded a traitor, and his career imploded after the sexy reporter turned him into a national headline. He now works undercover for Shadow Force International, a secret group of former SEALs helping those who have nowhere else to turn, using his enhanced skills to fight for justice and protect the innocent. His first assignment? Protect Savanna from the one man who wants them both dead—the president.

One wrong move and they’ll be silenced forever.

Helping Savanna is the last thing Trace wants to do, but her unwavering determination to expose the president's dark truth matches his own. She's his one chance to set the record straight, and he’s her only chance at survival. When their mutual enemy closes in, can they put the past behind them and trust each other? Even if it means losing their hearts in the process? Or will secrets, lies, and forbidden passions cost them everything?

“Your fajita’s getting cold,” Savanna said.

Pushy. But then Trace knew that from watching her show. “Not hungry.”

“You sure about that? Your stomach’s been growling since you walked in.”

Her tone held a trace of mocking humor. He glanced over his shoulder. She was leaning against the doorjamb, arms crossed under her breasts, one bare foot hiked up on the inside of her opposite calf, her bright pink toenails reflecting light, they were so shiny.

“Look,” she said, turning serious. “I understand the Rock Star Security policies and procedures. I’m not flirting with you or asking you to divulge your life story, but if you’re going to help me with my problem, we need to talk. I’ve had a long day and I could use some company over my dinner before I turn in. It’s just a fajita and a beer. It’s not marriage.”

Yet, for some bizarre reason, he couldn’t resist her openness, her genuine kindness. The smell of the fajitas was killing him too. “I’ll be there in a minute,” he found himself saying. “Let me finish here.”

She smiled and it did a strange thing to his pulse rate. “Cool.”

And then she disappeared.

He pocketed his screwdriver and digital scanner and blew out a nervous breath. It’s dinner and conversation.

How hard could it be?


About Misty:
Misty Evans was bitten by the writing bug when she won a contest in 4th grade with an essay about her dad. Today, she's a USA TODAY bestselling author of award-winning romantic suspense, paranormal romance, and urban fantasy. She likes her coffee black, her conspiracy stories juicy, and her wicked characters dressed in couture.

Giveaway ends 11:59pm EST Jan. 28th. Please supply your email in the post. You may use spaces or full text for security. (ex. jsmith at gmail dot com) If you do not wish to supply your email, or have trouble posting, please email maureen@justromanticsuspense.com with a subject title of JRS GIVEAWAY to be entered in the current giveaway.