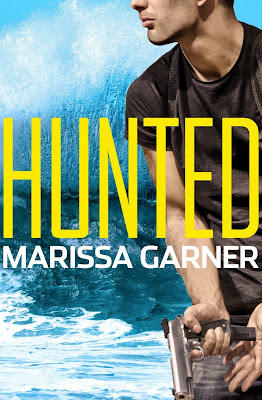 A picture of Santa Claus seems appropriate since Christmas came early for me this year. At our house, the holiday season always means decorating with our collections of over three dozen Santas and more than a hundred Disney ornaments. But this December, I’m also celebrating the release of my romantic thriller, HUNTED, book one in the FBI Heat series about hot agents on explosive cases.

Every author taught me something. The challenge has been to take what I learned and create my own style, my own brand of romantic suspense. So, here it is…

I devise plots like a roller coaster architect:  heart-stopping highs, lunch-losing lows, and scream-inducing twists. My romantic thrillers are dark and action-packed. I want the suspense to keep you awake after you’ve put the book on your nightstand. I also trust that my readers are intelligent. I plant clues; I don’t browbeat readers with them. My characters are often flawed, sometimes initially unlikable, but redeemable in the end.

If this sounds like your kind of romantic suspense, I hope you’ll give HUNTED a try. The next two books in the series, TARGETED and WANTED, will be released by Grand Central Publishing in 2016.

For San Diego’s elite FBI agents, risking their lives is standard procedure when it comes to capturing the city’s most dangerous criminals—but falling in love is the greatest risk of all.

Catching bad guys in San Diego’s underworld isn’t just FBI Special Agent Ben Alfren’s job, it’s his life. He doesn’t have time for a serious relationship, doesn’t want one either. So when he meets his sexy new neighbor, Amber Jollett, he has nothing more in mind than unwinding with a glass of wine, a romantic walk on the beach…and maybe a hot fling.

But Amber is more than he bargained for. Hunted by an obsessed ex-boyfriend, the fiercely independent nurse chooses fight over flight for the chance at a future with her hot, blue-eyed neighbor. When she gets caught up in Ben’s plans to rescue five kidnapped women, their lives get entangled and their attraction flares into passion. But they’ll learn that in this dangerous game of cat and mouse, real love can save—or doom—them . . .

The man in the gray hoodie was watching her. Amber Jollett couldn’t see his face, but he was the right height and build. Even from the opposite street corner, the intensity of his stare bored into her. She shivered despite the sunny morning. 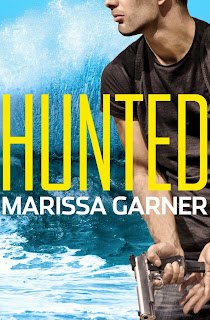 Her focus never wavered as she slid behind two people. The man’s head turned with her movement.

The traffic light changed, and the crowd surged forward. Amber’s hand dug into her purse until it gripped reassuring metal. Weaving between bodies, she moved to the outside edge to put as much distance as possible between her and the man before the other pedestrians passed on the street. With each step, her heart beat faster.

A car horn blared. She jumped and spun around to find a taxi idling a few feet away, its driver gesturing impatiently for her to get out of the way. Waving an apology, she scurried across the street. She found a spot out of the pedestrian flow next to the corner of a building. She needed a moment to quiet her nerves.

Damn you, Jeremy Nelson. I want my life back.

Amber grimaced and closed her eyes. It was starting all over again. Two years had passed since she’d broken up with her obsessed boyfriend, but he continued to stalk her. Restraining orders and calls to law enforcement had proved useless. Now she alone was responsible for her safety. She’d lived in Coronado, across the bay from San Diego, for only two months. But two or three months was the amount of time it normally took for Jeremy to find her. From now on, she would have to be on constant alert. The worst part was imagining him wearing every hoodie, hiding in every shadow, or following in every vehicle. Usually, she didn’t wait for an actual sighting—that would be too late. No, she couldn’t hesitate. Once her instincts told her he was closing in, she had to move on. She cringed. How much longer will I be hunted?