I LOVE GIVEAWAYS & SO WILL YOU!

Congratulations to "Debby", the winner in Belle's giveaway! Thank you to all who participated.

A theme that inspires my writing of romantic suspense is:  How well do you really know the one you love?  In the first novel in my The Only One series, The One proves that no one is quite who they seem. I love when characters have their own agenda, their own good or evil intentions that cause mayhem. That’s what keeps a series alive and that’s what keeps me writing.

My heroine, Adelia Lindstrom, is a rising star in the equestrian world of show jumping when her parents are killed in a tragic car accident.  Still reeling from the loss, Adelia discovers that, when one door of happiness closes, sometimes another opens.  Shortly thereafter, she meets green energy investment banker Miles Bremen and his charming yet inscrutable twin sister, Karolin.  Little does Adelia know, however, that her meeting of the Bremen twins was no accident. Carefully selected as “the one” for her unsettling resemblance to the emotionally and physically damaged Karolin, Adelia is targeted to marry Miles and bear the children that Karolin cannot have.

After their whirlwind courtship and marriage, Adelia’s “happily ever after” begins to fall apart when she learns that she is pregnant and that her husband has become the lead suspect in her parents’ murder investigation.

So begins my saga of the star-crossed love affair between Adelia and Miles and the lies and betrayal that threaten to destroy them. 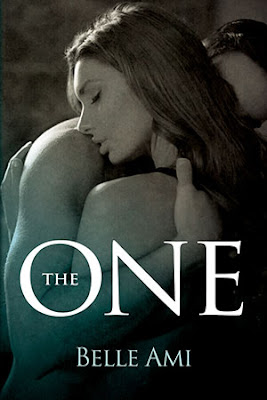 When the trespassing alert beeped to indicate that a vehicle had entered the property, she thought it was a hay delivery. She was in the stables when a car pulled into the large, circular gravel driveway, and she heard a door slam, followed by the sound of boots crunching on gravel. He found her behind her desk in the stable ofﬁce.

“Hi, Adelia. I hope you don’t mind, but I was in the neighborhood, and I thought I’d drop in and see how you are.”

“That’s ridiculous, Miles. What are you doing here? You couldn’t possibly have been in the neighborhood—there is no neighborhood.”

His wolﬁsh grin remained ﬁxed on her. “You’re right, the only reason I’m here is to see you.”

Disconcerted by his admission, Adelia stood and walked nervously around her desk, keeping a safe distance between them. She wondered what she must look like, dirty and sweaty. She tried to smooth the hair that had escaped her long black braid. “Why didn’t you call before coming?”

His whole being seemed to be smiling at her with amusement. “You’ll have to get used to the fact that sometimes I’m the impulsive sort. It’s a trait that has served me well in business. In fact, I just got back from business in London. I know I should have called—forgive me. You’ve been on my mind since we met. I thought if you weren’t too busy, we might grab a little dinner in Santa Barbara. I have two of the most exquisite bottles of wine packed on ice in the car.”

“Miles, look at me. I’ve been riding horses all day. And, anyway, why are you so sure that I want to have dinner with you?” He moved a few steps closer to her, but she stood her ground. He was so close that she could feel his breath on her face.

“You look great to me, and anyway, let’s not pretend we’re not attracted to each other.  Why don’t you shower and gussy yourself up. I’m quite content to sit and wait for the ﬁnished product. Besides, I like the smell of horses.”

Adelia emerged from her bedroom fresh and scented, her long hair twisted into a chignon much like her mother had worn. She wore a simple slip dress of turquoise silk that accentuated the bronze of her arms and shoulders. At the last minute, she decided to wear the fat white Tahitian pearls that had been Faye’s favorite. Miles, who had sat patiently, nursing his vodka on the rocks, stood and whistled. “Wow, you clean up good. You know you’re beautiful, Ms. Lindstrom, and you smell like heaven.”

Adelia’s cheeks bloomed like roses as she half curtsied. “Worth the wait I hope?”
“If I’d had to wait forever, it would’ve been worth it.”

She eyed him and his gallantry with suspicion. “I’m sorry, was I ﬁshing for compliments?”
“Not at all. I meant what I said.” He put his glass down and offered her his elbow. “Come on, Princess, let’s go.”

Belle Ami Bio
Belle Ami couldn’t be more excited to be given the opportunity to be published by Soul Mate Publishing: “Dreams do come true”.  As a mother and wife, she dedicated herself to her family and loved every minute of it. One day, like Sleeping Beauty, she awoke to find gourmet cooking and being a classical pianist wasn’t enough, she needed to reinvent herself. So, she brushed away the cobwebs and locked herself in a room and spent a year writing a historical novel which, low and behold, was a Finalist for a national book award. Her first author incarnation was born.

When she read Fifty Shades of Grey, her world tilted. Like a laser beam focusing on a target, she had found her passion: Sexy, steamy, romantic suspense. Hence came a second incarnation and a fitting nom de plume, Belle Ami. A quote that Belle considers her mantra is by Wilferd Peterson, “Success is focusing the full power of all you are on what you have a burning desire to achieve.”

She is a Kathryn McBride scholar of Bryn Mawr College in Pennsylvania. She lives in California with her husband, two children, three dogs, and horse. She is the author of The Only One series, The One (#1), and The One & More (#2). Her third in the series titled One More Time is Not Enough will be published 2015/2016