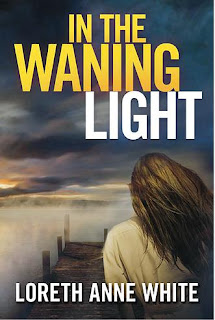 Writers so often are asked the question: How much is this, or that, character like you? And in an online review that I came across recently, the reviewer remarked that I, the author, must have suffered something terrible as a child, because she detected a dark theme in my works with respect to childhood. To the contrary! I had one of the happiest, healthiest childhoods I could ever imagine. But again, the reviewer hits at that question—is my heroine like me? And with Meg Brogan, my heroine in IN THE WANING LIGHT, being a true crime writer, there are even more parallels being drawn.

I did not model Meg on myself. I imagine if I did model a heroine on myself readers might not find her terribly compelling :). In creating Meg I was looking for a heroine with a non law-enforcement background who would have reason to investigate a crime from a civilian’s angle—the classic amateur sleuth. I also have a fascination for true crime writing, where both the writer and reader know who the villain is from the outset. The villain becomes the anti-hero. And in order to write a true crime story the author cannot be intimated by authority. She has to be able to look into the eyes of victims who have suffered terrible pain, and ask them what it felt like. Plus a true crime writer needs the ability to see the humanity in even the most remorseless and violent of criminals. This became a tenet of my plot: I wanted those attributes to define my heroine, and I wanted to show the humanity in those who lie, and who do wrong, and how the consequences of those actions can ripple across a community for years. And how someone like Meg could bring closure in the end, heal herself in the process. And finally open herself to love.

That said, every author is a unique composite of her own particular past experiences, and it is through this unique window that she sees and interprets the world, and creates fictional ones. Thus, I do believe in some way, every single character that we write—the good, the bad, and the ugly—are all in some ways extensions of ourselves, and our interpretations of our environments.

And I do love a story within a story :)

Here is an excerpt of Meg thinking in terms of writing:

Blake Sutton was a changed man. Matured. Stories in the lines of his face. The way he now had to wear glasses to see up close endeared him to her. Yet he still exuded an alpha physicality. It was his hallmark. It’s how she always remembered him, even as a boy. He took up space unapologetically. He was a fighter—a glad­iator. Kind. All about protecting tribe and family. His emotions were raw, you got what you saw, he said what he meant. No games. Whereas Jonah was sleek, sophisticated, cerebral. He played life like a game of chess. Calculating, second-guessing. Always wary and watchful. All about aesthetics. Meg liked to think in terms of mythology and archetypes when she crafted her books, and if she had to pin an archetype on Jonah, he’d definitely be the messiah. And part of her had always harbored a quiet suspicion that Jonah saw her as someone who needed to be saved …

"What are you thinking?” he said without looking up.

“What makes you think I am thinking anything?”

He looked up, angled his head, cocked a brow. “When is Meg Brogan ever not thinking about something?” 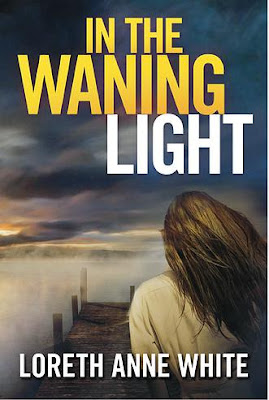 IN THE WANING LIGHT

Two decades after her sister’s brutal attack and murder, Meg Brogan has finally found happiness…or so it appears. A bestselling true-crime writer, Meg has money, fame, and a wealthy fiancé. But when a television-show host presses her to tackle the one story everyone claims she cannot write—the story of her own family’s destruction—her perfect life shatters.

Determined to finally face her past, Meg returns to her hometown of Shelter Bay. Shrouded in cold, brooding fog, the close-knit coastal town harbors dark secrets and suspicious residents. One of the few people to welcome Meg back is Blake Sutton, her high-school sweetheart and the marina’s new owner. Desperate for clues, Meg digs through her family’s files. As Pacific storms brew outside, her passion for Blake reignites.

But someone doesn’t want Meg digging up the past. And that person will go to deadly lengths to prevent the writer from revealing a terrible truth.

Author Biography
Loreth Anne White is an award-winning author of romantic suspense, thrillers, and mysteries. She has won the Romantic Times Reviewers’ Choice Award for Romantic Suspense, the National Readers’ Choice Award, and the Romantic Crown for Best Romantic Suspense and Best Book Overall. In addition, she has been a two-time RITA finalist, a Booksellers’ Best finalist, a multiple Daphne Du Maurier Award finalist, and a multiple CataRomance Reviewers’ Choice Award winner. A former journalist and newspaper editor who has worked in both South Africa and Canada, she now resides in the Pacific Northwest with her family.