Poison and the Pen

Congratulations to "Janet K.", the winner in Jacki's giveaway. Thank you to all who participated! 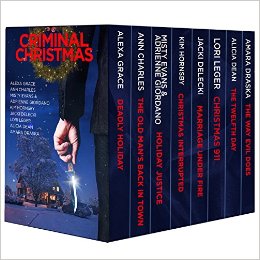 In A Christmas Code, Book 2 of the Regency romantic suspense series, the Code Breakers, the hero Ash is poisoned by a dose of ground up holly berries meant for the Prince Regent. Ash catches a lucky break, because, while holly berries are toxic, people rarely die from ingesting this type of poison. Nowadays modern medicine can treat individuals who consume holly berries, but that wasn’t always the case.

People and pets avoid the prickly leaves, but children may be attracted to the bright red berries. As few as 20 can be lethal if consumed, and eating just three berries can cause nausea, vomiting and diarrhea. More severe symptoms include drowsiness, slowed breathing and heart rate, coma and death. 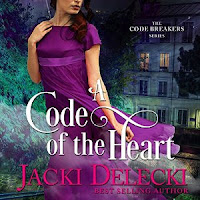 Holly is an evergreen shrub that can grow to be a tree, and there are more than 400 different varieties of the plant. The fruit and leaves contain a mix of caffeine-like alkaloid theobromine, caffeine and glycosides (theobromine is also found in chocolate and cocoa).

Readers will be able to enjoy A Christmas Code  in early November when the audiobook version is released. I’m currently working with the talented Pearl Hewitt, who also narrated A Code of Love and A Code of the Heart.

Comment on this blog for a chance to win an audiobook set of A Code of Love, A Code of the Heart and A Christmas Code. 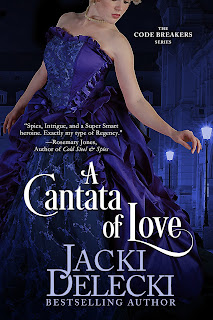 Fans of holiday romance are in for an added treat from Jacki Delecki. In addition to the audiobook release of A Christmas Code, the next book in the Code Breakers series, A Cantata of Love, will be released in early December. Additionally, her contemporary romantic suspense Marriage Under Fire is being released as part of Criminal Christmas, a collection of 8 holiday suspense stories. The story will feature an exclusive wedding scene never before released. Fans of Maddy and Hunter will want to share in the anticipation as Grayce, Davis, Hollie, James and the entire Grayce Walters crew plan a ceremony overflowing with all the love, romance and fellowship of the season. The box set is now available for pre-order for just $0.99 and releases November 9.

Jacki Delecki is a bestselling romantic suspense writer. Delecki’s Grayce Walters Series, which chronicles the adventures of a Seattle animal acupuncturist, was an editor’s selection by USA Today. Delecki’s Romantic Regency The Code Breaker Series hit number one on Amazon. Both acclaimed series are available for purchase at http://www.JackiDelecki.com. To learn more about Jacki and her books and to be the first to hear about giveaways join her newsletter found on her website. Follow her on FB—Jacki Delecki; Twitter @jackidelecki.

Giveaway ends 11:59pm EST Oct. 21st. Please supply your email in the post. You may use spaces or full text for security. (ex. jsmith at gmail dot com) If you do not wish to supply your email, or have trouble posting, please email maureen@justromanticsuspense.com with a subject title of JRS GIVEAWAY to be entered in the current giveaway.