Calling All Suspense-aholics! We Want You To Write for Harlequin!

Calling All Suspense-aholics! We Want You To Write for Harlequin!

Summer may be on the way out, but we have many opportunities to bring you this season. Harlequin's fifth annual So You Think You Can Write contest is gearing up with lots of writing fun and a call for entries! Plus, don’t miss our week long virtual writing boot camp, starting September 14, 2015. Plus this year, Harlequin has partnered with Wattpad and you can visit the Harlequin Wattpad submissions page HERE. Our suspense-focused lines are always seeking new stars to highlight. So check out these four imprints where you can submit your suspenseful stories!

Harlequin Romantic Suspense:  These novels are romance-focused with a suspense element that builds momentum from beginning to end. Powerful romances are at the heart of each story, and the additional elements of excitement, adventure and suspense play out between unforgettable characters. Classic themes include revenge, women in jeopardy, espionage, family, Westerns, military and law enforcement.

Harlequin Intrigue deals in serious romantic suspense, keeping you on the edge of your seat as resourceful, true-to-life women and strong, fearless men fight for survival. These are crime stories tailored to the series romance market, packed with a variety of thrilling suspense and whodunit mystery. A well-motivated hero and heroine must work together in a high-stakes, fast-paced framework to resolve the mystery. Intrigue actively seeks a variety of themes, such as lawman heroes, heroines in jeopardy, babies, cowboys, cold cases, and family secrets.

• Anti-heroes and anti-heroines. Something a little dark, with heroes/heroines who take you to the edge and don’t see things in black & white.
• A super sexy romantic suspense series in which an assassin or a spy falls for his/her mark
• A Mr. & Mrs. Smith-style setup, with dual betrayal and non-stop action that takes h/h across the globe.
• Military romantic suspense with plenty of action/adventure played out across dramatic landscapes such as snow-clad mountains or windswept deserts.
In addition to romantic suspense, Carina Press is open to the full range of mysteries, from soft to hard, including cozies, procedurals, amateur sleuths, action/adventure, historical mysteries, gritty crime fiction and contemporary PIs. Be sure to check out Carina Press’s guidelines. 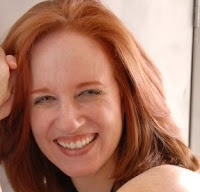 We’d love to hear from you and hope you participate in So You Think You Can Write or submit to our different suspense lines and imprints. You can always find us in the Writers Guidelines section of Harlequin.com. Our aim is to find those stories that will keep readers up late at night frantic to get to that satisfying ending. Hope to read you soon!

Open to legal residents of: U.K., U.S., Canada (excluding Quebec), Republic of Ireland, Australia, New Zealand and South Africa (collectively, the “Territory) who have reached the age of majority in their country/state/province/territory of residence or older at the time entry.

Details on writing guidelines for each of the lines can be found here: https://www.wattpad.com/153055379-contest-categories-categories-overview