Congratulations to "Joan V.", the winner in Shelley's giveaway. Thank you to all who participated! 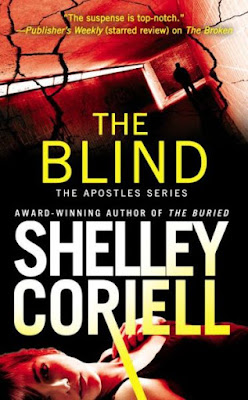 In my latest romantic thriller, THE BLIND, a serial bomber uses bombs and live models to recreate masterful art that lives and with the flip of a switch...dies. A pretty dark and twisted soul, no? Which means this book needed a hefty dose of light. Enter art.

Bombers destroy. Artists create. I loved the juxtaposition, so throughout the book,  I showcased art in its many different forms: classical art, photography, children’s finger painting, graffiti, even tattoos. Hands-down my favorite art scenes were those featuring tattoos. My heroine, an FBI bombs and weapons specialist, rightly points out, “Tattoos are very much like bombs...a way of shouting to the world, ‘Look at me and see my message!’”

While I don’t have a tattoo, this book got me thinking about getting one. On Twitter the other day, I saw a fairy tattoo made out of a semi-colon. Loved it! So simple and symbolic. I also love the idea of a single word...perhaps JOY or PEACE.

What about you? Do you have a tattoo or a secret yearning to get a one? Tell us in the comment section below. 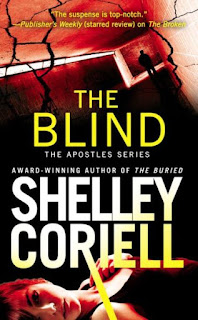 As part of the FBI's elite Apostles team, bomb and weapons specialist Evie Jimenez knows playing it safe is not an option. Especially when tracking a serial killer like the Angel Bomber. He calls himself an artist—using women as his canvas and state-of-the-art explosives as his brush. His art lives and breathes . . . and with the flick of a switch . . . dies.

As the clock ticks down to his next strike, Evie faces an altogether different challenge: billionaire philanthropist and art expert Jack Elliott, who's made it clear he doesn't care for Evie's wild-card tactics.

Jack never imagined the instant heat for the Apostles' defiant weapons expert would explode his cool and cautious world—and make him long to protect this woman. But as Evie and Jack get closer to the killer's endgame, they will learn that safety and control are all illusions. For their quarry has set his sight on Evie for his final masterpiece...

Her fingers froze just above the skin peeking out above his right hip. She stepped back  and blinked. “You have a tattoo.”

He pulled her to him, his lips sliding along her neck. “Yes.”

“Discuss later,” he said against the hollow of her throat.

She pushed him away. “Discuss now.”

His breath came out in ragged puffs. “This is another power struggle, isn’t it?”

Jack eased back but kept his hands around her hips. “I got it in New York.”

She unlatched his belt and tugged down the waistband of his trousers, exposing an elongated four-pointed star. “What is it?”

“A compass. To remind me that I am the master of my fate and captain of my soul.”

She traced the tip of the star. “I’ve heard that before.”

“From the poem ‘Invictus.’ My brooding seventeen-year-old self loved it.”

She ran her index finger along his waistband. “And you chose to tuck it away and not share your message with the world.”

“It was a message for one.” His entire body stilled for a handful of endless seconds before he unfastened the button of his dress pants, the fabric falling and exposing the full tattoo.

BIO:
Shelley Coriell is an award-winning author of romantic suspense and novels for teens. Her debut romantic thriller, The Broken, was named one of Publishers Weekly’s Best Books of 2014, and the second book in the Apostles Series, The Bruied, was nominated for a 2015 ITW Thriller Award for Best Paperback Original. An avid foodie and former restaurant reviewer, Shelley lives in Arizona with her family and the world’s neediest rescue weimaraner. You can find her online at www.shelleycoriell.com and Twittering @ShelleyCoriell.

GIVEAWAY:  Leave a comment below and enter the Rafflecopter to win signed copies of the entire Apostles Series: THE BROKEN, THE BURIED, or THE BLIND!

Be sure to check out the JRS SHOWCASE for additional giveaways!
Posted by Maureen A. Miller at 12:30:00 AM