This week LEVERAGE, the final book in my Omega Sector series, is releasing.  I hope you’ll check it out! 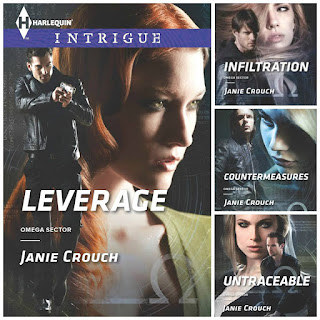 Computer game developer Shelby Keelan has a gift: a photographic memory of anything concerning numbers. When she inadvertently discovers a code linked to terrorist attacks within a popular Internet game, she's called in by the government to help piece together what she knows.

Pilot Dylan Branson finally has his life the way he wants it: simple, quiet and alone - as far from his covert operation past as he can get. He knows when he's asked by his previous boss to deliver one tiny package to Omega Sector headquarters that his answer should be no. Especially when that tiny package ends up being a cute and quirky redhead he's instantly drawn to.

But what should've been a routine trip turns into a desperate fight for their lives when someone is determined to see that Shelby and Dylan don't make it anywhere alive and that the codes in her head are destroyed along with her. 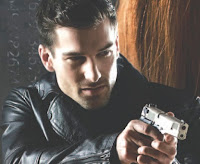 Sometimes a man just wanted to be left alone.

Dylan Branson didn't think that was too much to ask. He'd served his country for years, both on American soil and off, and had the scars--both physical and emotional--to show for it. But that was behind him now. Far behind him.

Not that you would know it from the voice talking at Dylan from the phone.

Dylan held the phone out at arm's length, staring at it as if it were a snake about to bite him. He'd rather be handling a snake. Seriously, give him a cottonmouth over what was at the other end of this phone line.

It was Dennis Burgamy, Dylan's boss when he worked at Omega Sector, a covert interagency task force. A crime-fighting, problem-solving, get-stuff-done unit, made up of the most elite agents the country had to offer. And Dylan had been one of the best of the best.

Despite its arm's-length distance, Dylan could still hear Dennis Burgamy clearly on the other line. Dylan hadn't held the phone against his ear in at least two minutes, but evidently Burgamy hadn't missed Dylan's input into the conversation because the other man hadn't even noticed Dylan wasn't talking.

Which was pretty typical of Dylan's former boss. The difference now was that Dylan didn't have to listen to the other man. Burgamy wasn't his boss anymore.

Finally silence came from the other end of the phone. Dylan cautiously brought it back to his ear.

"Are you there, Branson?"

"Yeah, I'm here." Dylan sat on the porch of the house he'd mostly built himself and looked out over the pinkish light of early evening hitting the Blue Ridge Mountains surrounding him on three sides. Those mountains had been the only thing able to bring him a measure of peace over the last few years since his wife's death, and he tried to draw on that peace again now. To no avail. "You do remember that I don't work for you anymore, right, Burgamy?"

Dylan's statement was met with a dramatic sigh. There had never been any lost love between Burgamy and any of the Branson siblings. Dylan's sister and two brothers were all active Omega agents, and all had butted heads with Burgamy at some point.

"You are in the charter airline business now, Dylan," Burgamy reminded him. "I'm not asking you to do anything you wouldn't do for any other paying customer."

It was true. For the past four years Dylan had been flying customers and cargo wherever they needed to go all over the East Coast with his Cessna. But Dylan wasn't so desperate for business that he wanted to be at Burgamy's beck and call.

"Look, Dylan..." Dylan recognized the change in Burgamy's tone. Evidently Burgamy realized threatening Dylan wouldn't get him what he wanted, so he'd decided to try a different tactic. "How about if you do this for us, then I'll erase all record of Sawyer's little incident last year."

The little incident referred to Dylan's youngest brother Sawyer punching Burgamy in the jaw and knocking his boss unconscious during an operation that was going wrong. Sawyer managed to keep his job at Omega, but only barely. And although Sawyer was able to keep his job, the occurrence would still keep his brother from ever being able to move up in official ranks. Of course, until recently, Sawyer had no interest in ever moving higher than the rank of agent. Doing so would mean a desk job, which had frightened him to no end. But now that Sawyer was married to sweet little Megan and expecting a baby, a desk job might be more appealing to him.

And damn it, this made saying no to Burgamy much more complicated.

Dylan looked out at the mountains. He didn't want to set foot back inside Omega. He'd done it a couple of times since he'd quit over six years ago, and each time had been fraught with disaster. Dylan still had residual discomfort from the beating he'd taken while trying to help his brother Cameron on an Omega mission a while ago.

In Dylan's experience, every trip to Omega led to some sort of pain. And he wasn't interested in experiencing that again if he had any other option.

"It's important, Branson," Burgamy continued. "We need these codes. And Shelby Keelan, the lady with the codes, is a friend of your sister-in-law. I'm sure Megan will take it as a personal insult if you don't help us with this matter." 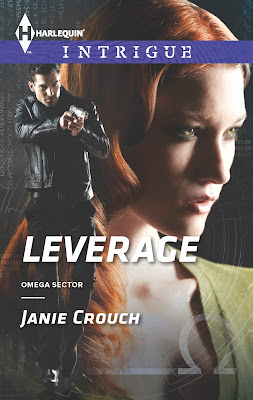 Dylan closed his eyes. Burgamy didn't know it, but Dylan was already in. And if Dylan hadn't been, bringing up Megan would've done it. Dylan liked Sawyer's wife--the brilliant computer scientist--a great deal. She was good for his brother; had somehow managed to tame the playboy of the family without even trying.

And now Sawyer and Megan were having a baby. Which was totally great for Dylan's parents, who had wanted grandkids for the longest time. They'd finally get their wish.

For just a second, that old ache crept into Dylan's chest. He pushed away the thought of the baby that hadn't made it when his wife had had been killed. Nothing could be done about that now.

If Megan wanted him to pick up some codes or whatever from a friend of hers and bring the codes to Omega, Dylan would do it. He loved his brother, loved his sister-in-law and wanted to do anything he could to keep that baby growing happy and healthy inside her.

Of course, he didn't know why Megan's friend couldn't just email the codes. Why Dylan needed to hand deliver them to Washington, DC. Or why this lady couldn't just deliver them herself. But whatever. He knew better than to ask. With Omega, things were never simple.

GIVEAWAY
Win a copy of LEVERAGE and an I LOVE romantic suspense notebook OR a $5.00 Amazon gift card to buy the book of your choice by TELLING US WHAT YOU DID OVER THE FOURTH OF JULY WEEKEND! (smiley points if it involved a romantic suspense book!)

About the Author
Janie Crouch’s debut novel PRIMAL INSTINCT has been nominated for a 2015 RT (Romantic Times) Reviewer’s Choice Award, National Excellence in Romantic Fiction Award, and “Best Romantic Suspense” in the Carolyn Reader’s Choice Award.  Janie lives with her hubby and four kids in Stuttgart, Germany but ihr Deutsch ist nicht sehr gut zur Zeit. She loves travelling, adventure racing, and movies of all kinds. Find out more about her at www.janiecrouch.com

Giveaway ends 11:59pm EST July 10th. Please supply your email in the post. You may use spaces or full text for security. (ex. jsmith at gmail dot com) If you do not wish to supply your email, or have trouble posting, please email maureen@justromanticsuspense.com with a subject title of JRS GIVEAWAY to be entered in the current giveaway.
Posted by Maureen A. Miller at 12:30:00 AM