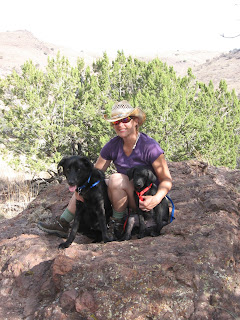 WHATEVER YOU’RE INTO
the Harlequin Summer Campaign

This summer, THE MARINE’S LAST DEFENSE is a featured book in a Harlequin campaign. Hashtag #WhateverYoureInto includes two fun videos and the #DateDitchMarryGame. After only one week the video had over a million views. It’s fun and over-the-top and whew…I have read several books that make me feel this way. Personally, I love being a part of the campaign. I feel very honored. Fingers crossed that viewers see or remember my name or the book (or maybe even buy it).

To the rest of the world, Sabrina Watkins doesn't exist. But to this cop, she is very much alive. 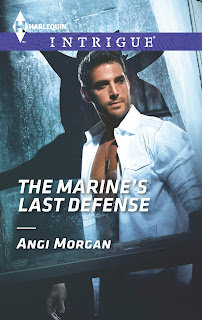 Catch additional features on THE MARINE’S LAST DEFENSE on JRS: Where the Characters Come From & Dallas Trouble. This is a special book for me in more ways than one. It features my handicapped pup whose life was cut short from a seizure. Reviews about the book included mentions about the pup Dallas’ character, PTSD and Pets for Vets.

I loved Dallas very much and to have her book featured by Harlequin means the world to me. 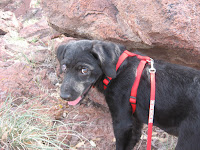 ~ ~ ~
ANGI MORGAN writes “Intrigues where honor and danger collide with love.” She combines actual Texas settings with characters who are in realistic and dangerous situations. Angi's work has been a finalist in the Bookseller’s Best Award, Romantic Times Best First Series, Carolyn Readers Choice, Gayle Wilson Award of Excellence and the Daphne du Maurier. 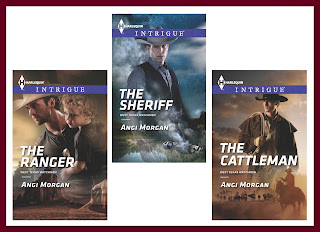 Website   Facebook   FB Fan Page
Twitter @AngiMorganAuthr
Book Trailers on YouTube    Book Buy Links
Check out A Picture A Day or #WhateverYourInto
~ ~ ~
GIVEAWAY
Leave a comment to be entered in the drawing for a Romantic Times Booklovers Convention KICKASS COWBOYS, COPS and KISSES tote with autographed books.
a Rafflecopter giveaway


DID YOU NOTICE the BOOK in the VIDEO?

Be sure to check out the JRS SHOWCASE for additional giveaways!