SAYING GOODBYE IS THE HARDEST PART

Congratulations to Debbie O., the winner in Janie's giveaway. Thank you to all who participated!

It’s release week for LEVERAGE, book 4 in my Omega Sector Series.  THE LAST ONE IN THIS SERIES! – so hard for me to believe.

Omega Sector was the first series I ever wrote and it’s so difficult to grasp that the Branson family stories are coming to an end. Eighteen months ago –with only one book (Primal Instinct) under my belt – I took a wild chance and proposed a 4-book series to my new editor at Harlequin Intrigue.

I half expected her to laugh and say something along the lines of: Simmer down there, new girl. Let’s just work on one book at a time.

But instead she took a gamble and gave me a four-book deal.

INFILTRATION, COUNTERMEASURES, UNTRACEABLE and LEVERAGE are the results of that deal. The Branson Family (three brothers and a sister) who are all connected in some way to the clandestine law enforcement group Omega Sector.

You can read about all four books here. 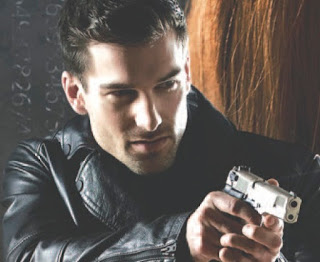 Book 4, LEVERAGE, introduces the eldest Branson, Dylan, to quirky Shelby (friends with Megan in book two) and sparks fly from the very beginning. This book also brings the entire family back together again for a mission. They are all stand-alone novels with no cliff-hangers (I hate cliff hangers!), but the characters are so entwined in each other’s lives that they make appearances in different books.

LEVERAGE is my favorite of all four books. I hope you’ll check it out!

Don’t be confused by my new 6-book series, Omega Sector: CRITICAL RESPONSE DIVISION, which releases in 2016. Those books are going to be great, but won’t have the Bransons in them.

But be on the lookout this fall… two more Branson novellas are on the way! More details coming soon!

So I guess the series isn’t totally over. That’s the great thing about being a writer. I can always bring my favorite story-friends back.

GIVEAWAY
Win a copy of LEVERAGE and an I LOVE romantic suspense notebook OR a $5.00 Amazon gift card to buy the book of your choice by answering any of the following question: Do you like series or do you prefer a stand-alone book? Do you like for characters to overlap? Do you like cliffhangers in books or always want things wrapped up? 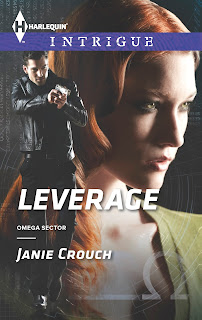 Releasing this week: LEVERAGE
He'd been hired to transport precious cargo--and it put a beautiful twist in his solitary life.

Computer game developer Shelby Keelan has a gift: a photographic memory of anything concerning numbers. When she inadvertently discovers a code linked to terrorist attacks within a popular Internet game, she’s called in by the government to help piece together what she knows.
Pilot Dylan Branson finally has his life the way he wants it: simple, quiet and alone – as far from his covert operation past as he can get. He knows when he’s asked by his previous boss to deliver one tiny package to Omega Sector headquarters that his answer should be no. Especially when that tiny package ends up being a cute and quirky redhead he’s instantly drawn to.

But what should’ve been a routine trip turns into a desperate fight for their lives when someone is determined to see that Shelby and Dylan don’t make it anywhere alive and that the codes in her head are destroyed along with her.
Buy online:
·         Amazon
·         Barnes and Noble
·         iBooks
·         IndieBound

About the Author
Janie Crouch’s debut novel PRIMAL INSTINCT has been nominated for a 2015 RT (Romantic Times) Reviewer’s Choice Award, “Best First Book” in the New England RWA Reader’s Choice Award and “Best Romantic Suspense” in the Carolyn Reader’s Choice Award.  Janie lives with her hubby and four kids in Stuttgart, Germany but ihr Deutsch ist nicht sehr gut zur Zeit. She loves travelling, adventure racing, and movies of all kinds. Find out more about her at www.janiecrouch.com

Giveaway ends 11:59pm EST June 18th. Please supply your email in the post. You may use spaces or full text for security. (ex. jsmith at gmail dot com) If you do not wish to supply your email, or have trouble posting, please email maureen@justromanticsuspense.com with a subject title of JRS GIVEAWAY to be entered in the current giveaway.

Be sure to check out the JRS SHOWCASE for additional giveaways!
Posted by Maureen A. Miller at 12:30:00 AM