Why the Weird Stuff?

I’ve gotten this question a few times—usually from my mother or from people who haven’t actually read my books—but it never fails to stop me in my tracks. Why the weird stuff? Why not the weird stuff?

Please understand, I know the question is meant to be helpful. More of a “wouldn’t your books be more mainstream if you left out the hero with Hulk-like rage issues and cursed paintings and all that?” The short answer to that question is “maybe,” but it’s equally likely that my books would get lost in the shuffle of all the other non-weird romantic suspense books.

But that isn’t what people ask. They ask “why the weird stuff?”

The answer is pretty simple to figure out really. Take a look at my TV and movie viewing…
- Marvel Cinematic Universe, including the TV shows hits the top of the list. (Weird in the real world.)

Honestly, I could go on for a long time here, but I think the most concise way to put it is Richard Castle is the author I want to be. Yes, I know he’s fictional, but I also know that even though he’s “in” the real world (or a close fictional facsimile), it never occurs to him that the crazy answer might not be just as plausible as “the jilted ex-lover did it because they could still collect on the life insurance.” The first time he threw out a crazy theory, my response was “I’d read that.”

When I couldn’t find it…I wrote it.

The editor who worked with me on Gaming for Keeps called it Big Bang Theory meets The X-Files. That was how I knew she got it. She understood exactly why I write the weird stuff.

Because I can. Because I want to. And simply because there’s not enough of it in the world. 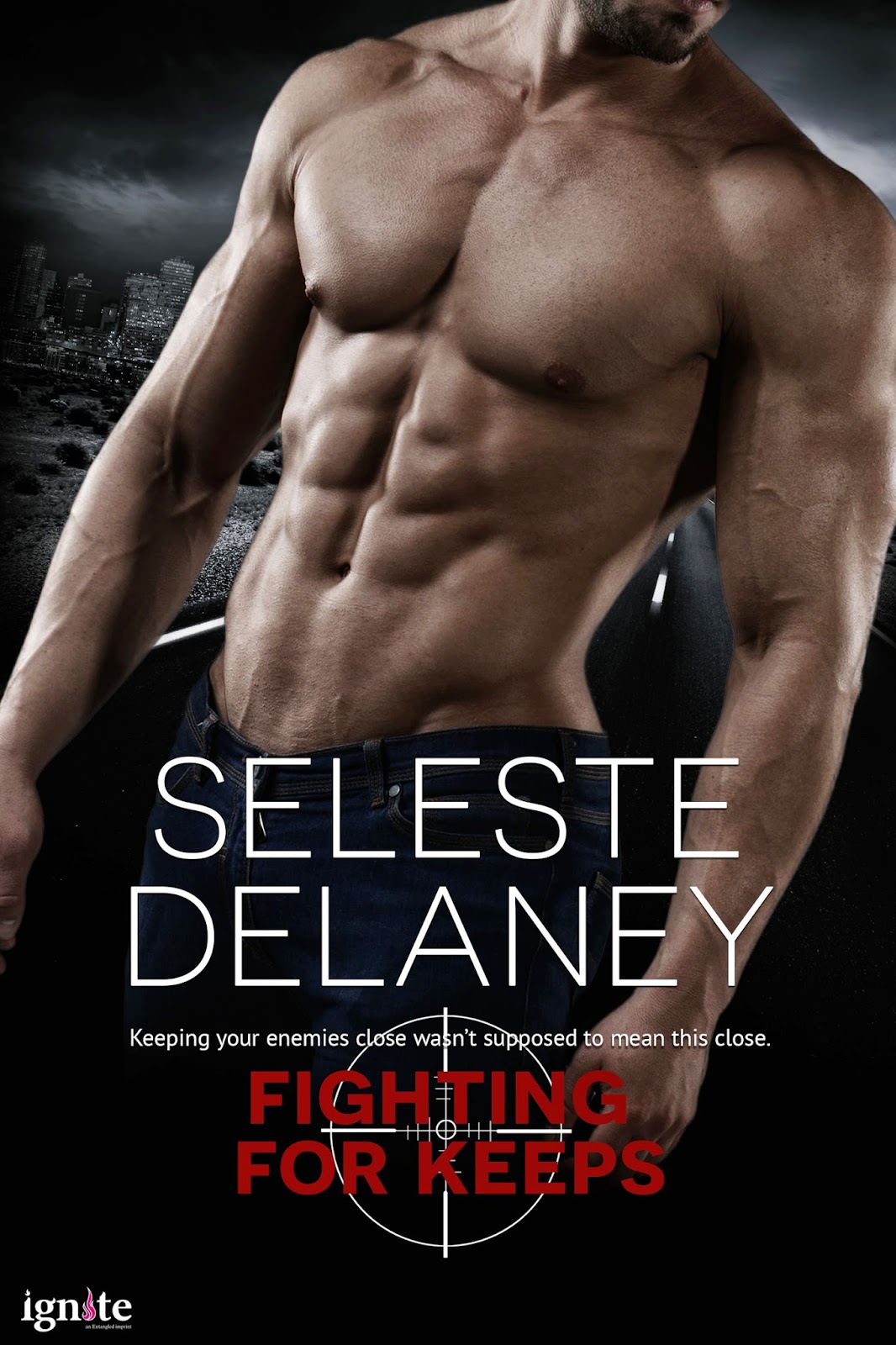 He made her crazy. In every way imaginable...

Since her partner's death, Jodi Israel has been perfectly happy playing Q to everyone else's Bond. Electronics and machines are safer - and they are a lot easier to deal with. Unfortunately, she's stuck with TRAIT's newest recruit, an infuriating, arrogant alpha-male who plays by his own rules...and is hot enough to send electric voltage through all of Jodi's circuitry.

Finn Danby heeds his instincts, even though it's cost him his job on more than one occasion. The moment he sees Jodi's fiery hair and uncanny engineering abilities, Finn's instinct takes over...and it's all libido. Now they're working together to protect the unstable daughter of a high-profile politician - and the sparks are flying. Both in and out of the bedroom. But when all hell breaks loose, Jodi and Finn just may find themselves alone…and unemployed.

“We’re sparring?” He eyed the mats like she was crazy.

Maybe she was. This was risky for sure, but Jodi needed to gain the upper hand somehow, and she didn’t anticipate him being impressed by simply looking at all her toys. It didn’t matter that she built half the stuff TRAIT was using in the field these days. Remote battle drones camouflaged as toys pretty much just looked like fun and games when they were sitting on a shelf. He was going to need to see her—and them—in action. “We’re fighting. When we reach a death blow, it ends.”

“You want to go best two out of three so you stand a chance?”

No. Element of surprise only worked once, and there was no way she’d beat him at hand-to-hand combat. She was gadget girl, able to destroy buildings with bombs the size of earrings, but unable to bench more than eighty pounds. Probably a lot less after the months working in the garage.

“I’m good with one round.” She twisted her hair into the elastic, making certain it was as secure as possible before stepping to one corner of the mat.

“There are no rules out there. We won’t bother to have them here.”

Frowning, Finn started toward the opposite corner. He toed off his shoes and unbuttoned his shirt. As he slid it off arms corded with muscle, Jodi couldn’t help but notice the scars crisscrossing his skin. The marks started on his biceps and continued across his shoulders and back. She had to swallow and tear her gaze away for a second. It wasn’t her business.
She knew he’d been discharged from the army after being seriously injured when a building exploded, killing all but him and one other member of his platoon. She just hadn’t realized he lived with that kind of reminder.

The pet name helped her shake off her thoughts, and she prayed she didn’t have any visible reaction to the moniker. “Whenever you are.”

About Seleste:
Seleste discovered early the trick to not being afraid of the monsters under the bed was to turn them into heroes. Since then, she has seen enough of human monsters that she prefers escaping to worlds where even the worst demons must play by the rules and the good guys might end up battered and bruised (or dead), but they always win. She resides in southeast Michigan with her kids and a pair of fierce slobber-monsters of her own. In those moments when not battling terrorists, vampires, or rogue clockworks, she loves to interact with readers all over the Internet.