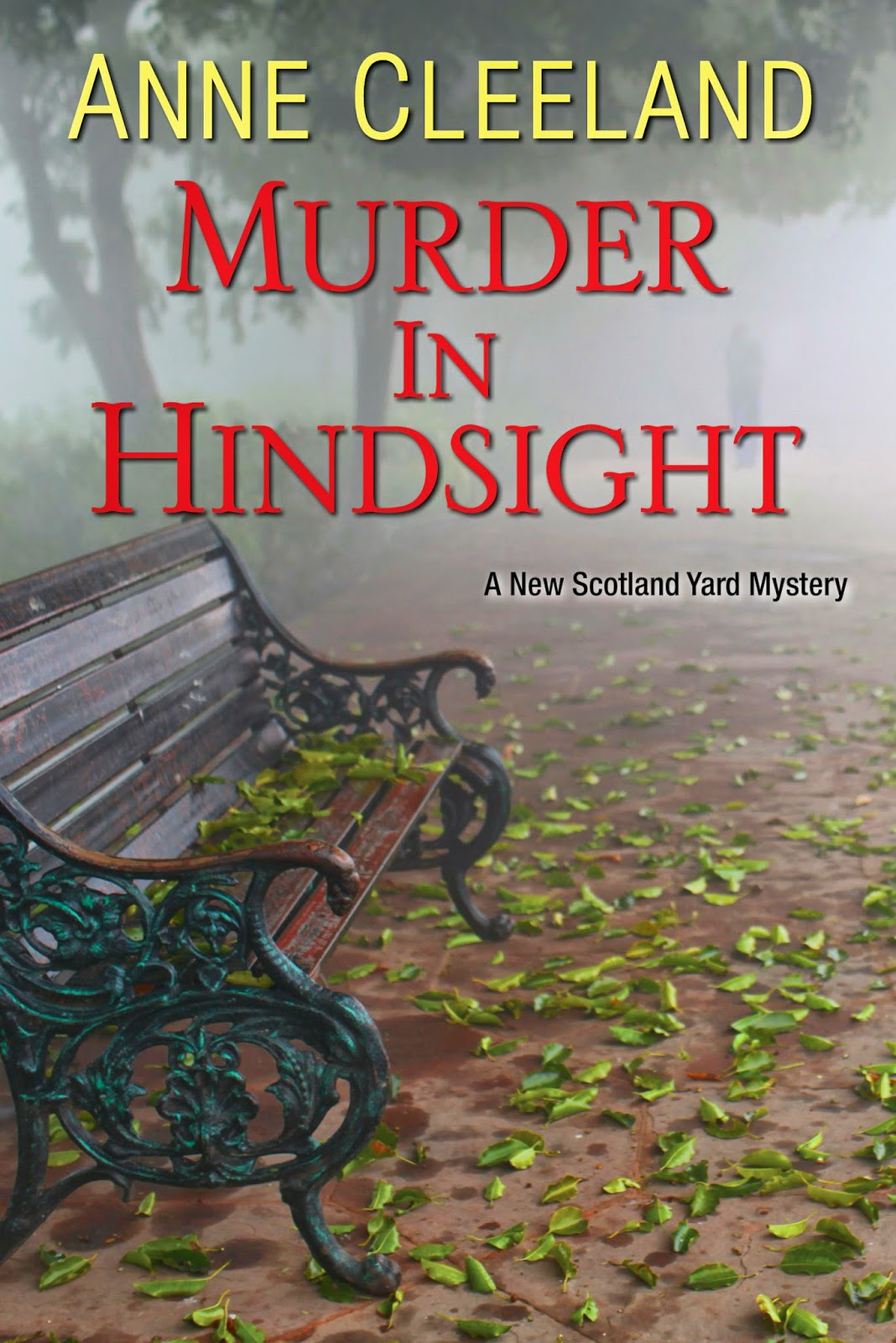 There’s an unusual killer combing London’s streets—a vigilante is at work, killing suspects from prior cases who were never convicted; those who’d gotten away with murder, in hindsight.

It’s a puzzler, though; this vigilante is staying to the shadows, and covering his tracks so that Detective Sergeant Kathleen Doyle is left to guess at his motivation.  Is the killer guilty about his own role in helping murderers get off, or is it someone who’s just had-it-up-to-here with the imperfect justice system?

Meanwhile, the crises keep piling up; Chief Inspector Acton, her husband, is up to something having to do with brassy female reporters and the heir to his estate, and when Acton is up to something, murder and mayhem are the certain result.  Not to mention she’s needed to quash a messy little blackmail plot, and do battle with the dowager Lady Acton.  All in all, it will make for a busy few weeks; now, if only the ghosts that haunt the manor house would leave her alone. . .

After peering over the hedgerow yet again, Doyle blew into her hands, since she’d forgotten her gloves, and reflected that the cold was actually a blessing, because the recently departed wouldn’t be further decomposing whilst they cooled their heels—she truly shouldn’t delay for much longer, or the Senior Investigating Officer might think they’d all gone for a pub crawl.

With a great deal of relief, Doyle looked up to see that Acton was indeed approaching; his tall, over-coated figure emerging from the evening fog.  In such a setting he appeared larger-than-life, and small wonder that the younger detectives at the Met called him “Holmes” behind his back.  He was a local legend, which only made her fret all the more whilst she entertained the bleak conviction that the whole thing was about to come crashing down around their heads.

“I do indeed, sir.”  They kept up a professional façade at work, but she met his eyes and felt the chemistry crackling between them like an electrical charge.  No one could fathom why the great Chief Inspector Acton had married the lowly likes of her, and literally on a moment’s notice. She could fathom it, however, and did—sometimes twice a day.

She continued, “No sign of robbery, and he was armed—had a .38 revolver tucked into the back of his belt.”   Lowering her voice, she indicated with a finger, “The entry wound is angled, and there’s no visible residue, so it’s at mid-close range—no more than a foot or so.”

He began to pull off his leather gloves by the fingers. “Allow me to lend you my gloves.”

“Your fingers are white.”

“Yes.” He glanced up at her. “He used a different weapon, this time.”

“I think so,” she agreed, mollified that he was paying attention. “He’s trying to disguise it, but it’s the same killer. And the victim has another cold case connection.”

Bio:
Anne Cleeland is a lifelong Southern California resident, and currently makes her home in Newport Beach. An attorney by trade, she's been reading mystery and romantic suspense since her Nancy Drew days.  The Acton & Doyle series features two Scotland Yard detectives, and if you are a fan of Masterpiece Mystery, you may enjoy their adventures.
Anne also writes a historical series set in 1814 because she loves historicals, too. Being a romantic at heart, all her stories have a strong romantic element.
She has four grown children, three wonderful grandchildren, and one nutty dog.
www.annecleeland.com @annecleeland