No Negotiations: Stuck in Close Quarters with a Sniper

Congratulations to "Amber J." the winner in Elizabeth's giveaway. Thank you to all who participated!

Scott Delacorte, a sniper for the FBI’s Hostage Rescue Team, is used to getting his way.  On the job, he’s used to setting up an observation post where he can watch over an entire mission, and keep his teammates safe.  With his easy charm and his broad, blond good looks, he’s used to getting what he wants with women, too.  Most of the time, that’s one night.

But hostage negotiator Chelsie Russell has always been different.  So it figures that she’s the one woman who seems not only able – but eager – to avoid him after their one amazing night together.  Especially since their single night of passion is followed by Chelsie being called to the scene of a massacre.  She’s unable to talk down the gunman, and she’s the only survivor.

It’s a day Chelsie wants to put completely behind her – and that includes her memory of Scott.  But when the gunman escapes from prison a year later, the FBI doesn’t care how she tries to negotiate.  They’re putting her in protective custody.  Since she’s being pursued by a former military sniper, they want their own snipers watching her back.  And that means close, round-the-clock protection by Scott Delacorte.

She walked away from him – and a promising career as an FBI negotiator – a year ago.  It’s a decision she refuses to reconsider.  Except with every day that passes stuck in a small safe house with Scott, Chelsie finds her resistance slipping a little bit more.

As the conspiracy surrounding that day begins to unravel, Scott’s not just determined to protect Chelsie.  He’s also determined to win her back – this time, for good. 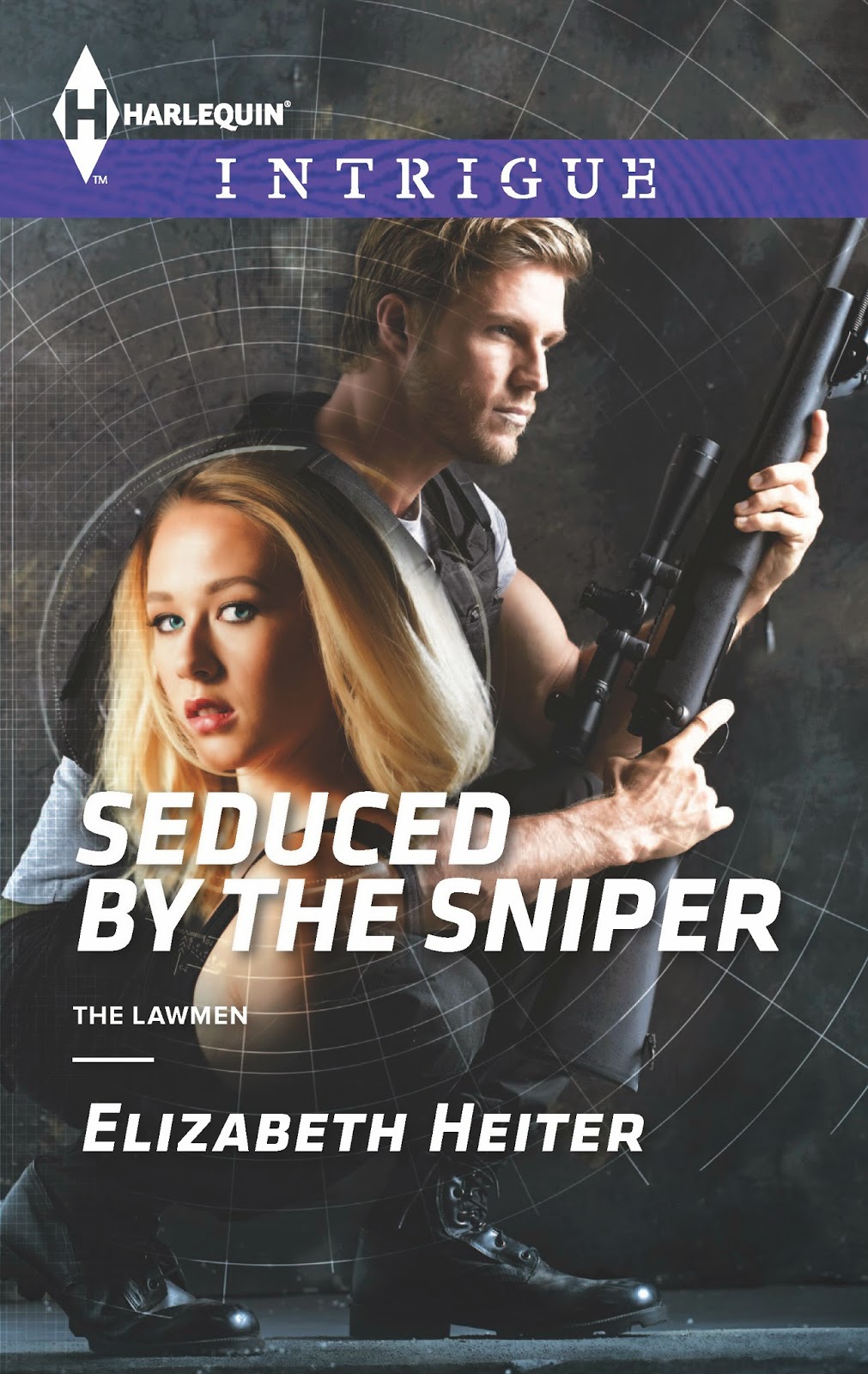 Here’s a little snippet from SEDUCED BY THE SNIPER.  It takes place in the safe house, when Scott and Chelsie are forced back together after a year of Chelsie avoiding him:

She smiled at him.  It was a pathetic excuse for a smile, she could tell, but he looked so worried about her.  “I know.  It’s not my fault.”

“Do you know?” Scott leaned closer.  “Because it sure seems like you’ve been carrying this around with you for a year.”

She had.  The guilt was always there.  And now that Connors was out of jail, asking for her help, there was no way to hide from it anymore.  If she could start working through the consequences of that day, maybe it was time to stop hiding from what had happened with Scott, too.

Maybe it was time to stop denying that she had genuine feelings for this man.  Figuring out exactly what those feelings were was the hard part.  But the thought of him with someone else filled her with jealousy.  And the way he was staring at her now, with so much concern and caring, made need rise up inside her.  A need to feel his arms around her again, to feel his lips on hers.

To be with him just one more time.

Giveaway:
I’m giving away one copy of SEDUCED BY THE SNIPER to a commenter!

SEDUCED BY THE SNIPER

Zeroed in on one woman.

In a twenty-four-hour period, FBI negotiator Chelsie Russell’s life changed. She was a promising negotiator for the Bureau, but then she failed to talk down a crazed gunman. A year later the killer has escaped, and sniper Scott Delacorte has stepped up to protect Chelsie. Scott is the FBI’s most infamous playboy—and the guy Chelsie had a one-night fling with just before the shooting. She’d dismissed him as the love ’em and leave ’em type, but now he stands between her and a killer. When the investigation takes an unexpected turn, powerful people become desperate to keep Scott and Chelsie silent— dead silent. Chelsie knows it’s time to put aside their past and trust this man who has the power to break her heart. Again.

Elizabeth graduated from the University of Michigan with a degree in English Literature.  She’s a member of International Thriller Writers and Romance Writers of America.  NYT bestselling author Tess Gerritsen said of her debut in her suspense Profiler series, "HUNTED is a nonstop, thrilling read that will leave you breathless, and Evelyn Baine is a sharp and gutsy heroine you'll want to follow for many books to come” and bestselling author R.L. Stine said of the sequel, "Want to read a top-rate thriller? VANISHED had me turning page after page. Wow. When you talk about our most-promising new thriller writers, put Elizabeth Heiter on the list!"  DISARMING DETECTIVE, her first romantic suspense book in The Lawmen series, was called “a hard-hitting story you won’t put down” by Fresh Fiction.

Giveaway ends 11:59pm EST February 15th. Please supply your email in the post. You may use spaces or full text for security. (ex. jsmith at gmail dot com) If you do not wish to supply your email, or have trouble posting, please email maureen@justromanticsuspense.com with a subject title of JRS GIVEAWAY to be entered in the current giveaway.
Posted by Maureen A. Miller at 12:30:00 AM