Congratulations to "Erin", the winner in Silvia's giveaway. Thank you to all who participated!

After reading a blog post written by my dear friend April about the lack of diversity among book heroes, I started thinking about our specific area of investigation: Romantic Suspense.

Authors and readers chat about the general idea of abused stereotypes in novels quite often. But, is this a new common practice, or is it as old as the world?

I think Authors are constantly elaborating the same pattern again and again, not for lack of fantasy or audacity, but for our need to be reassured by a story. Even if we don't follow completely the Hero Journey's outline sketched by Campbell and Vogler, we can't skip all his archetypes.

I guess Greek Mythology can explain a lot of modern heroes and heroines and not in terms of superpowers. There are traits in our characters' personalites that we use unconsciously to build them. In name of diversity, and trying not to bore you, I'm going to name just two well known heroine' types, avoiding the typical Alpha hero, Athena and Artemis.

I'm sure you've met a lot of times the typical Athena: strong minded, intelligent and slightly detached. She's the scientist or the agent that can sort out a complicated situation just looking at the clues left by the bad guys.

She is always right, even if she bends the rules in order to save the situation, or tap the culprit.

Then comes Artemis, the huntress: passionate for her own work and detached from the rest of the world. She is the one that can save the situation due her courage and fast thinking. But she can also  get in trouble because her instincts overpowers her rational judgment.

Our heroines can be considered the reincarnation of Greek goddesses, cannot they?

And before I say goodbye I want to present my own Artemis: Joss Dubois. 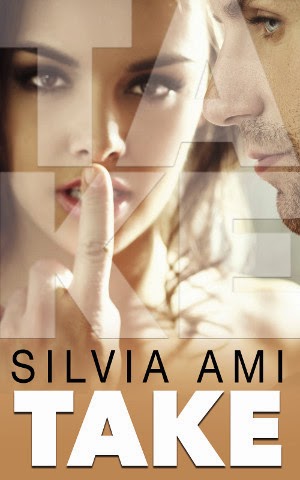 TAKE is her and Ethan's story.

“No way am I going to lose another arrest,” she muttered.

“C'mon Josie, everybody knows you found them. Their capture is pure formality.”

“Are you kidding? Wait. Wait. God! It’s about time. I can finally see the patrol car lights in the rear mirror.”
A sigh of relief loosened the vise around Ethan’s chest, but the words died in his throat.

“Joss!” he bellowed. He could hear muffled sounds and the engine running in high speed, but she didn't answer.

“Yeah. Sorry, buddy,” she said, her voice firm but coming from a greater distance. “I had to put the phone down and grab the wheel with both hands.”

“Joss, you're killing me here. Tell me what's happening!”

She chuckled. “Well, there’s a bad guy with bad aim - fortunately, I dare to say - who's trying to hit me. We're exiting the highway... Holy cow! We're in the middle of nowhere.”

Two other shots followed by a loud crash echoed in Ethan’s ear and he froze.

“Shit!” Joss barked after a heartbeat, but for Ethan it seemed longer than an hour.

“What now?” he asked harshly.

“Sorry, Eth,” she said faintly. “I think your left side mirror has just been blown out.” Then he heard her sucking air between her teeth.

He gritted his teeth and swore. “What happened, Joss? Tell me!” No matter what she said about her training and what he had seen with his own eyes about her strength, Ethan wanted only one thing: her safe and sound at his side.

Not surrounded by flying bullets and shattered glass.

God, his hands itched because right now he wanted to throttle her like a disobedient kid. But he had to fight his own instinct and let her do her damn job, waiting silently for chunks of information.

She had been quiet for too long. “Josie?”

“Still here. We took a road in the desert. There's nothing here except rocks and dust. I don't know why they didn't stay on the highway. I guess they thought they could stop me better here. At ninety miles per hour, you can't drive and use a gun at the same time. I suppose they know that, too. I think she's holding the wheel and he’s aiming at your poor Wrangler. Since I'm the closer target, they're taking a chance on me.”

Follow your instinct, you moron. Tell her to come back! “Damn. Joss, stop the car immediately.”

“Don't be silly,” she replied. Her words were deadened by the stronger echo of sirens. “The police cars are coming closer so they're done anyway.”
More shots.

When FBI special agent Joss Dubois discovers that her best friend’s life is being threatened, she volunteers to be the Vegas dancer's official protection. Determined to solve the case before she loses one of the only people she loves, Joss becomes caught up in terrorism, attempted murder, and life behind-the-scenes of the seedy nightlife of Sin City.

Joss is forced to partner with the security manager at the Desert Casino, former Intel Marine, Ethan Gallagher. Despite her resistance to his charm, and her stubborn insistence on controlling the investigation, Ethan finds himself drawn to the smart, beautiful, tempting FBI agent. But Joss isn’t so eager to risk heartbreak after the tragedies of her past and her job has become the only thing she can count on.

When the threats against the people they’re protecting turn deadly, Ethan and Joss have to find a way to trust each other to track the hunter who lies in wait for the Desert’s dancers. But trust is a rare and fragile thing to Joss, and Ethan may not be up to the task despite the mutual attraction they can't deny or fight.

Will their new partnership blow up, or can it survive to take down the predator before it’s too late?


Giveaway ends 11:59pm EST February 28th. Please supply your email in the post. You may use spaces or full text for security. (ex. jsmith at gmail dot com) If you do not wish to supply your email, or have trouble posting, please email maureen@justromanticsuspense.com with a subject title of JRS GIVEAWAY to be entered in the current giveaway.
Posted by Maureen A. Miller at 12:30:00 AM