I rose at three a.m. one long ago morning for the usual middle of the night bathroom trip. I was halfway across the bedroom when a voice whispered, “Hi. My name is Neva and I fix the faces of the dead.” Needless to say, I stopped dead in my tracks. If you’re not a writer, you will think I stopped to worry about my sanity. If you are a writer, you will know instantly that I was lost in fascinated contemplation of what else this character might tell me. Insanity isn’t an issue for a writer. In fact, I think may help.

I closed the bathroom door so as to not wake my husband and whispered, “Great. What else do you do?”

I knew I had a suspense because, really, what else would you write around a character who fixed dead faces? Not exactly the setting for hilarity although stories such as SIX FEET UNDER might mitigate otherwise. A million things rushed through my mind while I lay awake for the rest of the night, but none of them surrounded whether to make this story a suspense, a thriller or a romantic suspense.

I had a character. What was important was to find her story.

Neva and I began the next day. She, having made her initial announcement, went maddeningly silent so I drove the story alone, moving along the little I knew about the funeral business searching for something that might make a story. A few funeral directors had hit the news with bad practices and worse, but none of them was murdering people to build up business or doing anything else that felt scary enough to carry the novel.

I moved into research mode. My friend David who began his adult life as an undertaker, sent me two books. One of them, he said, was reminiscent of CHARLOTTE’S WEB, the other NIGHTMARE ON ELM STREET. When I began to read them, I realized how accurate he’d been. One was how to apply makeup to dead faces. The other was how to embalm a body. I found the makeup of minor interest, but the process used to prepare a body for viewing was absolutely fascinating.

Obviously, Neva had sparked an interest in me that had not previously existed.
In the midst of my research, Davis Pratt arrived. Frankly, I found little use for him and forced him to be passive and remote, pretty much the antithesis of a powerful hero kinda guy. My writing buddies complained that I hated him, which worried me since I didn’t know him well enough to hate him. But clearly, Davis and I were not a perfect match.

As I struggled to find the story, other characters arrived, Claudia Yates whom I loved from the moment she arrived and still love; Rex Mason whom I wish were my uncle and Ice, the older brother I never had. They all fitted into the story with ease, took their proper places, did their jobs and got out of the way, something my two main characters seemed unable to manage.

Human trafficking came to the awareness of the American public. I added it to my research, finding it enormously labryinthal, grimy and disgusting beyond all belief. After many false starts, I realized it must be presented to the reader carefully. Nobody, particularly female readers, could endure much of the sordid truth of human trafficking.

By this time, Davis had kicked down the door of my complacency and taken his rightful place in the novel. He wasn’t a kick-ass hero, but he could kick ass. He was a thoughtful, intelligent, well-educated hunk with contacts in the super-rich world and possibilities out the wazoo. I had come to love the dude, and he responded by taking an even larger role in the novel and in so doing became the hero I hadn’t realized I needed.

I marketed the novel as a suspense until Boroughs Publishing Group accepted it as a romantic suspense.

This writer not only didn’t choose a genre, she had only a vague idea which one would fit. What I did was to write the story Neva gave me along with her companions, as she gave it to me in the way it had to be written. Along the way, Nashville became a hot place to locate a story, human trafficking became a hot topic and heroes no longer needed to be bigger than life. By the time the novel was published, I looked like the genius I certainly am not in that I’d chosen all the right things for the market.

None of which existed when I began the story.

So, my advice is write the story the characters bring you. Don’t worry about hot current topics or hot current locations or hot current heroes or hot current anything. The operative word is “current,” and unless you’re a Stephen King-type super producer, by the time you get the novel done, little that is currently “current” will still be hot. 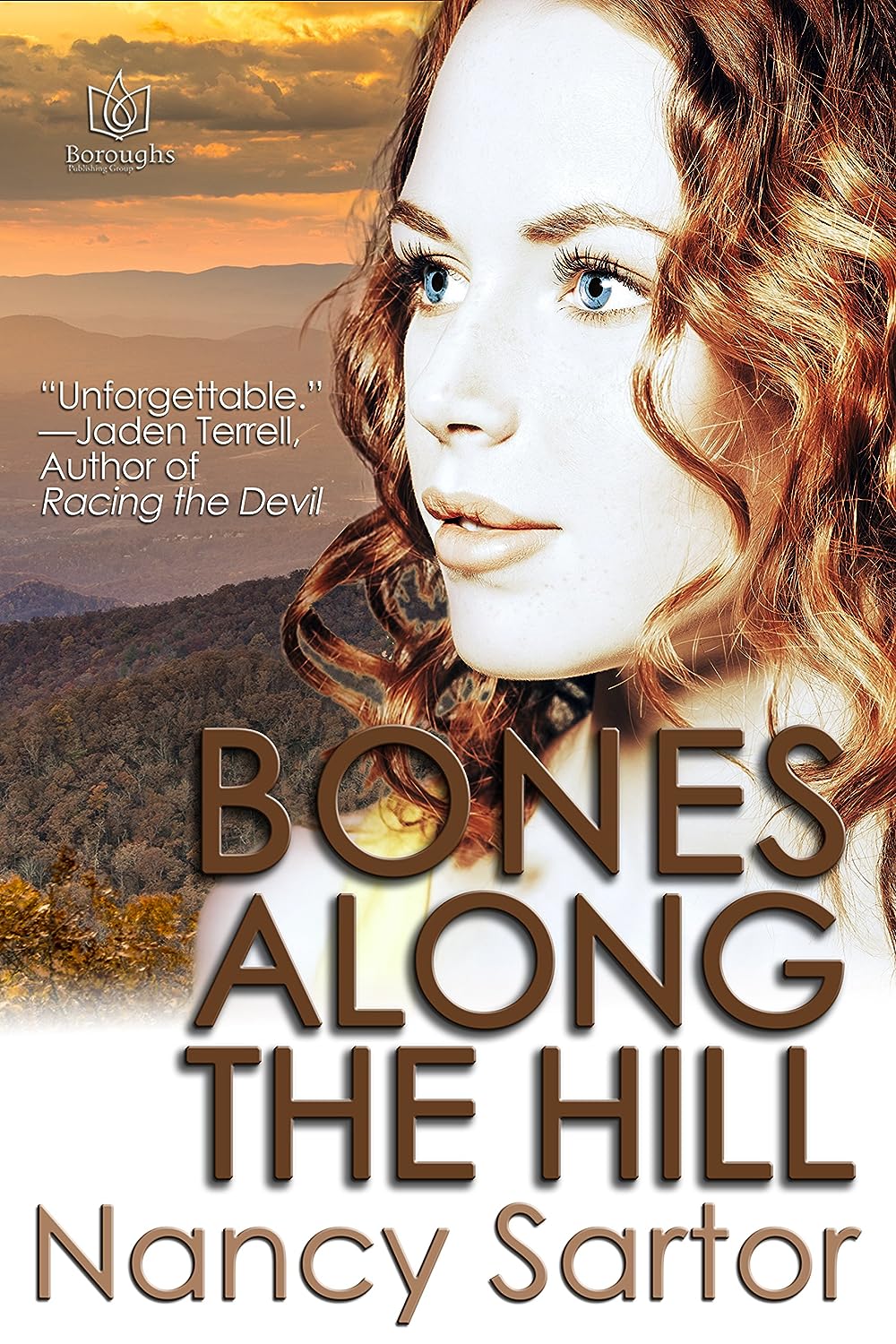 BONES ALONG THE HILL

A decade-old mystery, a power-mad enemy and his human-trafficking ring stand in the way of the hopes and dreams of funeral home facial restorationist Neva Oakley.

Neva Oakley is a funeral facial restorationist with a legendary skill at making the dead look alive. But for all her talent, she can never bring back Gray Ledbetter, her first love,who took his own life ten years ago.

Davis Pratt, too, is consumed. Long ago his younger brother disappeared, and Davis won’t give up hope. Perhaps that’s why he and Neva are sucha good couple. Or perhaps that’s why they can’t move forward. Then the search leads them to the Oakley cemetery and a murder tied to a human trafficking ring. Suddenly, impossible crimes threaten both family and friends, crimes that cannot be ignored. Not even the Nashville PD can keep Neva safe, but if she and Davis succeed, together they just might solve all their mysteries and free each other to embrace their future.

Nancy Sartor lives in Nashville, Tennessee with her classical composer husband, David and two Maine Coon cats. You can contact her through her blog at https://horrorsandhurrahs.wordpress.com/ or on Twitter @Nancy37076 or Facebook at www.facebook.com/nancysartorauthor