Challenging Your Characters: Hitting a Homicide Detective Where It Hurts

Congratulations to "Kimberly P.", the winner in Elizabeth's giveaway. Thank you all for participating in the giveaway. 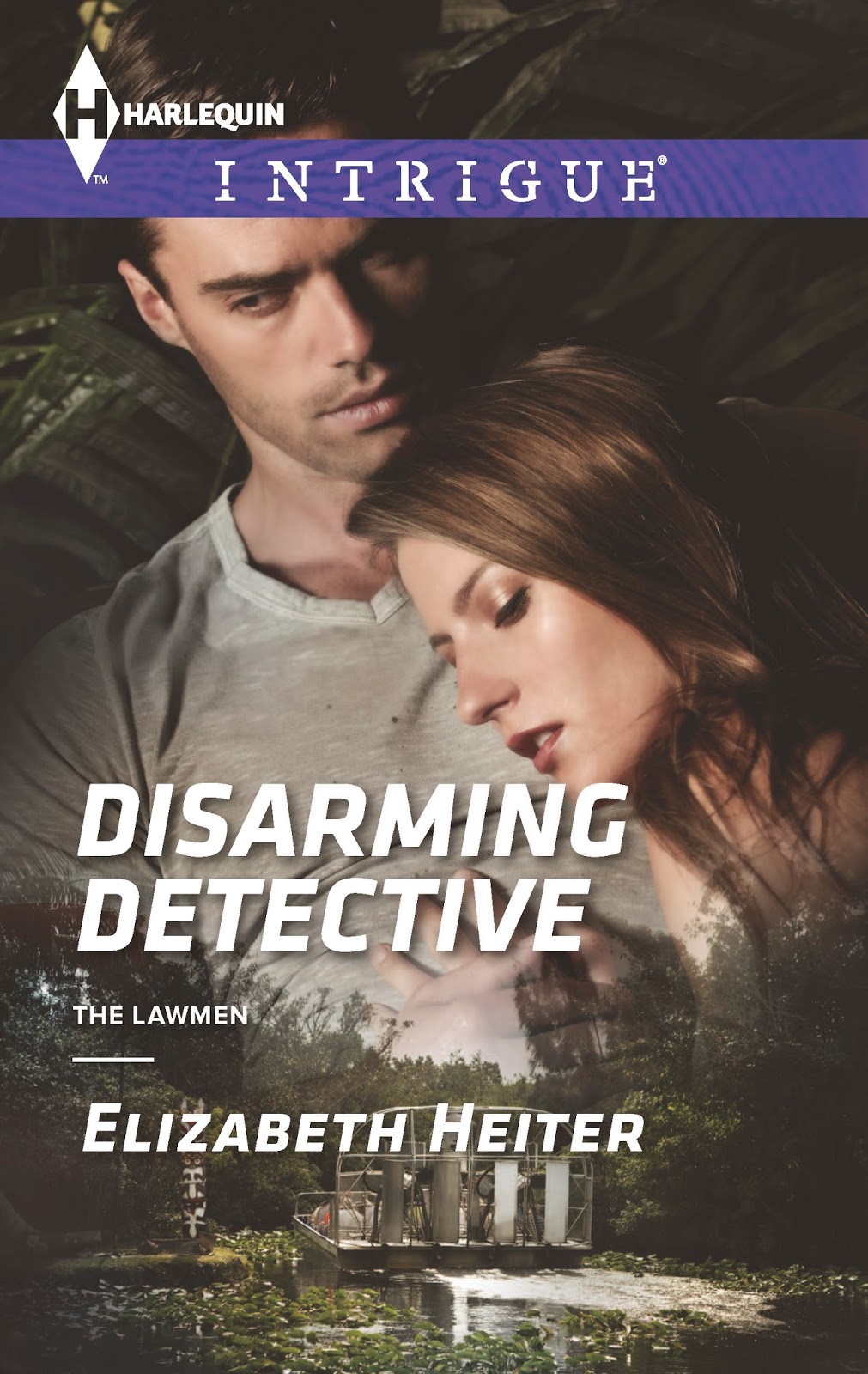 Homicide detective Logan Greer, the hero of my romantic suspense DISARMING DETECTIVE, grew up in the small, ocean-side town of Oakville, Florida.  He’s got deep roots there, a family history of public service to the town, and he’s dedicated to protecting the people.  So, naturally, I went and killed off his sister’s friend, visiting from another state, and had her thrown in the marsh.

Why?  Well, it’s partly because I enjoy torturing my characters.  The more challenges I can throw at them, the more they have to prove themselves.

In Logan’s case, I didn’t stop there.  Next, I decided that his theory that a savvy serial killer had murdered his sister’s friend – and was probably looking for his next victim – was going to be the joke of the police department.  While I was at it, I figured they should resent him a little already anyway, because of his family name (his father is the mayor).

He’s hero material, so this couldn’t stop him.  Since he’s not getting the support he needs from his police chief and the rest of the department, he flies to Virginia on his own dime, and insists a profiler look at the case.

Just to torture him a little bit more, I give him FBI profiler Ella Cortez.  She’s sassy, and she’s got her own reasons for wanting to stay far away from Florida.

From the second Logan meets her, there’s an instant attraction he can’t deny.  But there’s a killer on the loose, so Logan knows he needs to try and resist her if he wants to stop another woman from going missing during Oakville’s busy Spring Break season.

And when the killer targets Ella, Logan will do whatever it takes to protect her.

Here’s a little snippet from DISARMING DETECTIVE.  It’s from early in the book, when Logan comes to Ella for a simple profile, insisting that Oakville has a serial killer.  She’s about to leave on vacation, but he convinces her to review his case file first:

Logan tapped his fingers heavily on the table.  “I thought so.”

She had just flipped the file back to the beginning when he suggested, this time sounding completely serious, “Maybe you and your friends could vacation on some Florida beaches instead.”

“No.”  The word came out more harshly than she’d intended, so she covered up her instant reaction by tilting her head and offering him an exaggerated coy smile.  “Are you trying to solve a case here or get into my pants, Greer?”

He blinked and leaned back, but just as quickly sat forward with a full-wattage version of the smile he’d been laying on her all night.  “Is it too much to hope for both?”

Giveaway:
I’m giving away one copy of DISARMING DETECTIVE to a commenter!

When FBI profiler Isabella Cortez finds a stranger outside her office, she’s in trouble.  Because even though Detective Logan Greer is one of the good guys, their instant attraction is a serious distraction.  Ella’s got one mission: to find the criminal who hurt her friend and drove her to become a profiler.  But Logan’s appeal isn’t just chemistry.  He has a case that bears an eerie resemblance to the crime Ella’s been trying to solve for years.  Together, they’re racing to stop a killer, but the closer they get, the more dangerous the search becomes.  Falling in love could be deadly…or it could be the only way to survive.

Elizabeth graduated from the University of Michigan with a degree in English Literature.  She’s a member of International Thriller Writers and Romance Writers of America.  NYT bestselling author Tess Gerritsen said of her debut in her suspense Profiler series, "HUNTED is a nonstop, thrilling read that will leave you breathless, and Evelyn Baine is a sharp and gutsy heroine you'll want to follow for many books to come” and bestselling author R.L. Stine said of the sequel, "Want to read a top-rate thriller? VANISHED had me turning page after page. Wow. When you talk about our most-promising new thriller writers, put Elizabeth Heiter on the list!"  DISARMING DETECTIVE, her first romantic suspense book in The Lawmen series, was called “a hard-hitting story you won’t put down” by Fresh Fiction.

Giveaway ends 11:59pm EST January 18th. Please supply your email in the post. You may use spaces or full text for security. (ex. jsmith at gmail dot com) If you do not wish to supply your email, or have trouble posting, please email maureen@justromanticsuspense.com with a subject title of JRS GIVEAWAY to be entered in the current giveaway.
Posted by Maureen A. Miller at 12:30:00 AM