Congratulations to Janet K. and Maureen C., the winners in Anne Marie's giveaway. Thank you to all who participated.

A blank slate, a tabula rasa, a fresh start… Whatever you call it, it isn’t always what it’s cracked up to be. Sure, sometimes we wish we could call “do over” in life, but starting totally fresh? Like, completely with a blank canvas? It’s a lot of work.

Before I had three kids and became a writer (and had a wee bit more free time), I took up oil painting. There was nothing more exciting—and intimidating—than having an empty canvas, full tubes of paint, a handful of brushes, and everything I needed to create a masterpiece (or, more realistically, a simple work of art). The hard part was deciding how to use that canvas. How does one create something unique and provocative out of bits and pieces? Sometimes the uncertainty, the ability to choose any direction, is enough to freeze creativity.

I found myself in a similar predicament recently, with an empty page and blinking cursor staring back at me on my computer screen.

In December, I wrapped up a six-book series called the Mindhunters. I loved writing that series, and I knew my characters and my premise well. For the past five years, I’d poured my heart and soul into it. And then it was done.

Forward momentum is the only way to keep going in this business, so of course I wanted to keep writing and publishing, but what was next? I felt an obligation to please the readers I’d connected with, but also to pick a story I was so in love with that I could happily bury myself in it for the next six months with gusto.

Don’t get me wrong. I haven’t lived in a Mindhunters vacuum for the past several years. I’ve had plenty of ideas for other stories, but having this clean slate meant I could choose anything. ANYTHING. Such pressure!

So what did I choose? First, I gave myself the holidays off to let my brain rest and reboot. I used the time to mull over and develop my story ideas until I realized which one felt like the “next big idea.” The new series is called the Redemption Club, and there is actually a casino-nightclub-hotel complex that will be at the center of it all. It’ll be a dark twist on the debts-owed and pay-it-forward themes. There will, of course, be plenty of suspense and romance. I’m filling that blank canvas with words daily and am now excited about that semi-blank slate.

Giveaway: How do you handle a blank slate? What would you do with a fresh start? Leave a comment below for a chance to win your choice of my digital books. Two commenters will be randomly chosen. Happy reading! 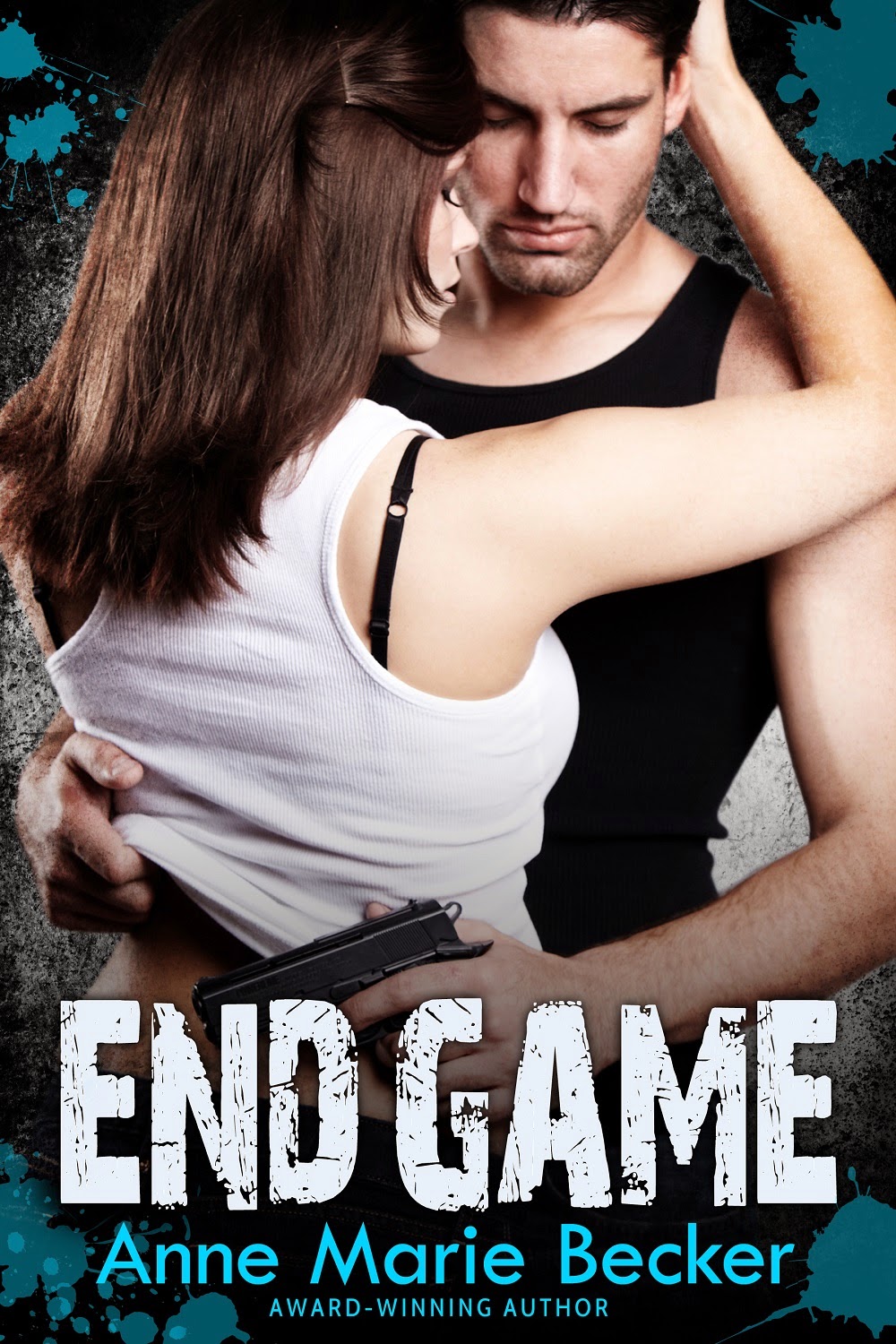 Abby Rhodes learned early on that her gift could do more harm than good, so she stifled her psychic abilities for years. But in an unguarded moment, she touches an object connected to the murders of eleven girls and receives a message—one that could help capture a killer. When a twelfth victim goes missing, she must choose whether to trust her gift and risk everything, or stay silent and possibly jeopardize a young girl’s life.

Tech genius and ex-SEAL Andrew “Einstein” MacKenzie doubts the sexy yoga instructor with the soft smile can help find a killer who has eluded authorities for decades, but he’ll do anything to catch a break in this case—until he learns Abby’s methods have no basis in science. He prefers verified data and reliable statistics that fit neatly into his crime-solving algorithms. This woman, both his polar opposite and his perfect match, threatens to upend his carefully controlled world in every way.

Twenty years ago, the Charmer began his deadly game, killing beautiful young women to serve his needs. Now, the agents at SSAM are breathing down his neck. Determined to stay in control, he initiates a plan to destroy the agency—if they don’t find him first. It’s a race against the clock as Einstein and Abby hunt the ruthless serial killer, and the winner will take all.

Did I just touch a killer?

Abby pressed a hand to her churning stomach and tried to avoid touching the man at her side as she waited for the mocha she no longer wanted. Her body warred with her brain, which was par for the course today. She’d been attracted to Andrew—Einstein—in the past. Her body still was. But her brain had questions—such as why had the horrible images hit her again when his hand touched hers?

The pictures of those girls were so similar to the ones she’d seen when she’d touched the bracelet that the experience had stolen her breath. Her pulse was still beating out a staccato rhythm as she struggled to hide her tumultuous thoughts behind friendly conversation.
He was, in a word, intense. He was hot in that sexy-nerd, distracted-professor kind of way that had fueled many late-night fantasies since he’d first spoken to her a couple months ago. He’d been wearing some silly T-shirt with a joke about caffeine and they’d shared a laugh. She’d discreetly admired the biceps peeking out from beneath his short sleeves. Her gaze might have dipped briefly to his cargo pants to take in his trim waistline, too. His hard, muscular body indicated he wasn’t the complete nerd his wardrobe would suggest.

Most days, a storm of thoughts and emotion seemed to churn beneath the tranquil surface of his hazel eyes and reserved smile. His hair was reminiscent of a military cut that had been allowed to grow out a couple weeks too long—long enough to give him a slightly spiky, tousled look as though he had a tendency to run his hands through it during the day, perhaps in frustration—or absentmindedness, while focused on a problem. Even now, his attention seemed to turn inward after her lame comment about cattle.

Had he used that concentration to kidnap and kill those girls? Had they been a problem he’d had to solve? Her brain was playing devil’s advocate with her body.

Anne Marie has always been fascinated by people—inside and out—which led to degrees in Biology, Chemistry, Psychology, and Counseling.  Her passion for understanding the human race is now satisfied by her roles as mother, wife, daughter, sister, and award-winning author of romantic suspense.

She writes to reclaim her sanity.

Find ways to connect with Anne Marie at www.AnneMarieBecker.com. There, sign up for her newsletter to receive the latest information regarding books, appearances, and giveaways.

Giveaway ends 11:59pm EST January 30th. Please supply your email in the post. You may use spaces or full text for security. (ex. jsmith at gmail dot com) If you do not wish to supply your email, or have trouble posting, please email maureen@justromanticsuspense.com with a subject title of JRS GIVEAWAY to be entered in the current giveaway.
Posted by Maureen A. Miller at 12:30:00 AM