Congratulations to Joan V., the winner in Laura's giveaway. Thank you to all who participated!

So fun to be back at Just Romantic Suspense! I’m excited to be here during release week for my new book BEYOND LIMITS. 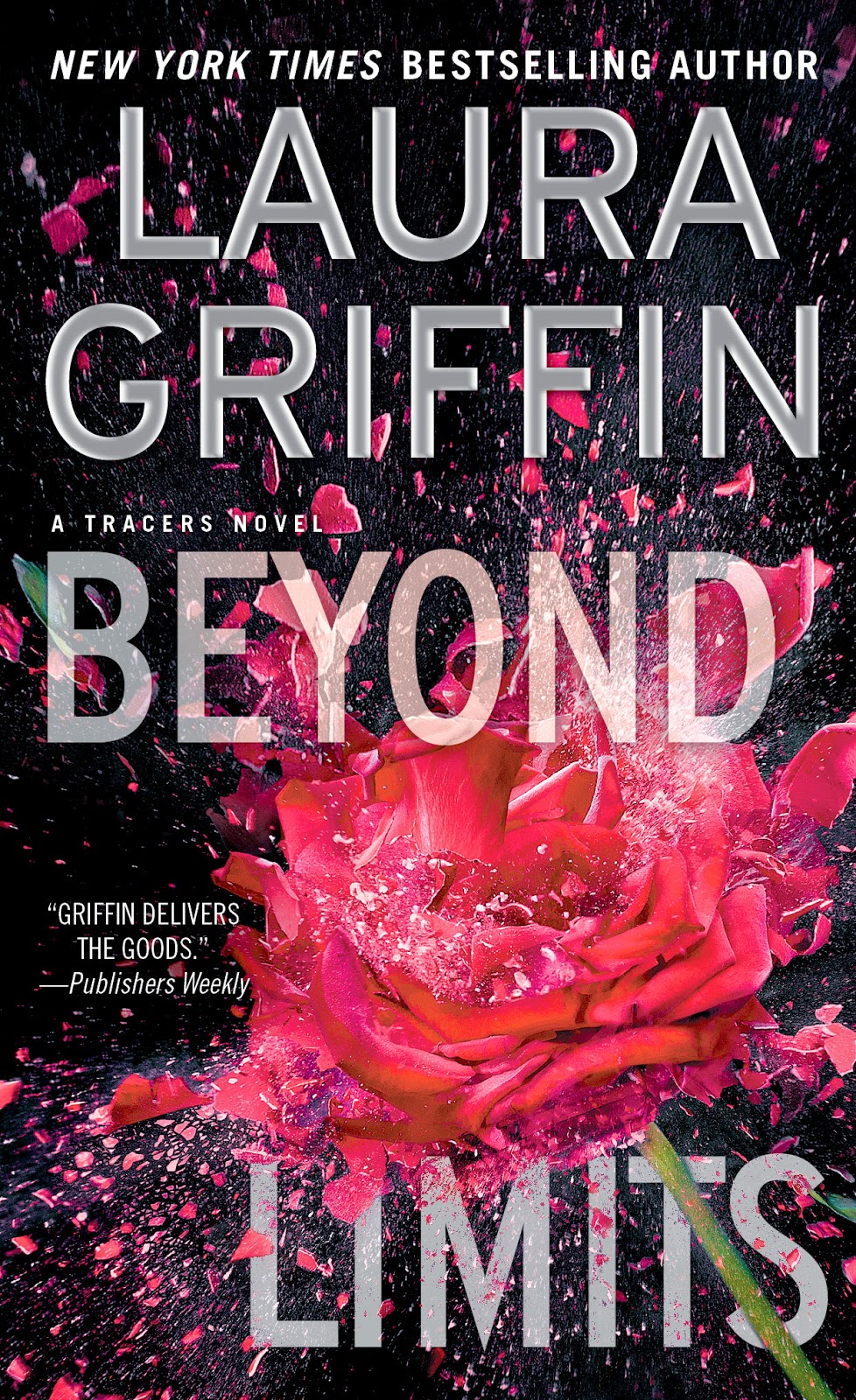 The story features Navy SEAL Derek Vaughn and FBI agent Elizabeth LeBlanc, who first met in SCORCHED. These two had sparks from the moment they met, and readers have been asking for their story. I’m thrilled to finally share it with you!

In the book Derek and his SEAL teammates are conducting a daring rescue mission overseas when they uncover clues to a terrorist plot on U.S. soil. Derek comes home determined to help avert the attack, even if it means manipulating Elizabeth for inside information about an FBI manhunt. With the help of the forensic experts at the Delphi Center crime lab, Derek and Elizabeth set to stop a deadly attack before the clock ticks down.

I hope you’ll like Derek & Elizabeth’s story! Here is a sneak peek from the pages of BEYOND LIMITS...

She crossed the room with a flutter in her stomach and peered through the peephole. For a moment, she just stared. Square jaw, erect posture, ridiculously muscled body. In her memories, she’d made him less impressive, more average-looking. But of course, that was wishful thinking. There was nothing average about this man, and he was standing outside her hotel room, refusing to go away.

He looked directly at the peephole and her heart skittered. He knew she was gawking. She pulled open the door and her heart did another little dance. She’d forgotten his eyes, too--whiskey brown with gold flecks. The look in them now was pure determination.

God help her, he’d come here on a mission.

Elizabeth closed the door and tossed the phone onto the bed.

He wore a plain black T-shirt over faded jeans and scuffed brown cowboy boots that brought a fresh wave of memories. She lifted her gaze. His dark, longer-than-regulation-length hair curled at the nape of his neck, and his beard had to be going on day two.

“Asked around.” His gaze scanned the room and then settled back on her. He propped his shoulder against the wall. “What’s it been, a year?”

“You don’t call, you don’t write.” A smile curved at the corner of his mouth. “How the hell you been, Liz?”

The smile was teasing, but his tone was serious. He was taking her to task for pointedly ignoring the messages he’d left for her back in December.

“It’s been a busy year. I was assigned to a major case...” She let the thought trail off. He didn’t really want to hear about it, and she definitely didn’t want to tell him. “How are you?”

Dumb question--the man had just lost a close friend. But he shrugged it off.

“Pretty hungry. We just finished a training op. Thought I’d stop by, see if you wanted to grab dinner.”

He eyed the PowerBar wrapper on the desk and lifted a brow. “Okay, how ’bout a drink, then?”

Temptation pulled at her. He probably thought she was being stuck up, but that wasn’t it at all. The truth was, he terrified her.

Derek Vaughn was smart, and confident, and impossibly attractive to women who liked their men a little rough around the edges. But he knew it, too. And she couldn’t stand the thought of becoming one of his forgettable women. It was high on her list of Reasons Not to Go There. Another reason was she had a case to work--possibly the most important case of her career. And a muscle-bound SEAL with a sexy gleam in his eye was sure to be a huge distraction. Elizabeth felt incredibly lucky to have been picked for this assignment and the last thing she wanted to do was slip up.

“Come on.” He stepped closer. “Lemme take you out.”

Giveaway:
Today Laura Griffin is giving away a Tracers tote bag and a signed BEYOND LIMITS bookmark. Leave a comment for a chance to win!


New York Times and USA Today bestselling author LAURA GRIFFIN started her career in journalism before venturing into the world of romantic suspense. She is a two-time RITA Award winner as well as the recipient of the Daphne du Maurier Award. Laura currently lives in Austin, where she is working on her next book. Visit her at www.LauraGriffin.com or www.Facebook.com/LauraGriffinAuthor

Giveaway ends 11:59pm EST January 28th. Please supply your email in the post. You may use spaces or full text for security. (ex. jsmith at gmail dot com) If you do not wish to supply your email, or have trouble posting, please email maureen@justromanticsuspense.com with a subject title of JRS GIVEAWAY to be entered in the current giveaway.