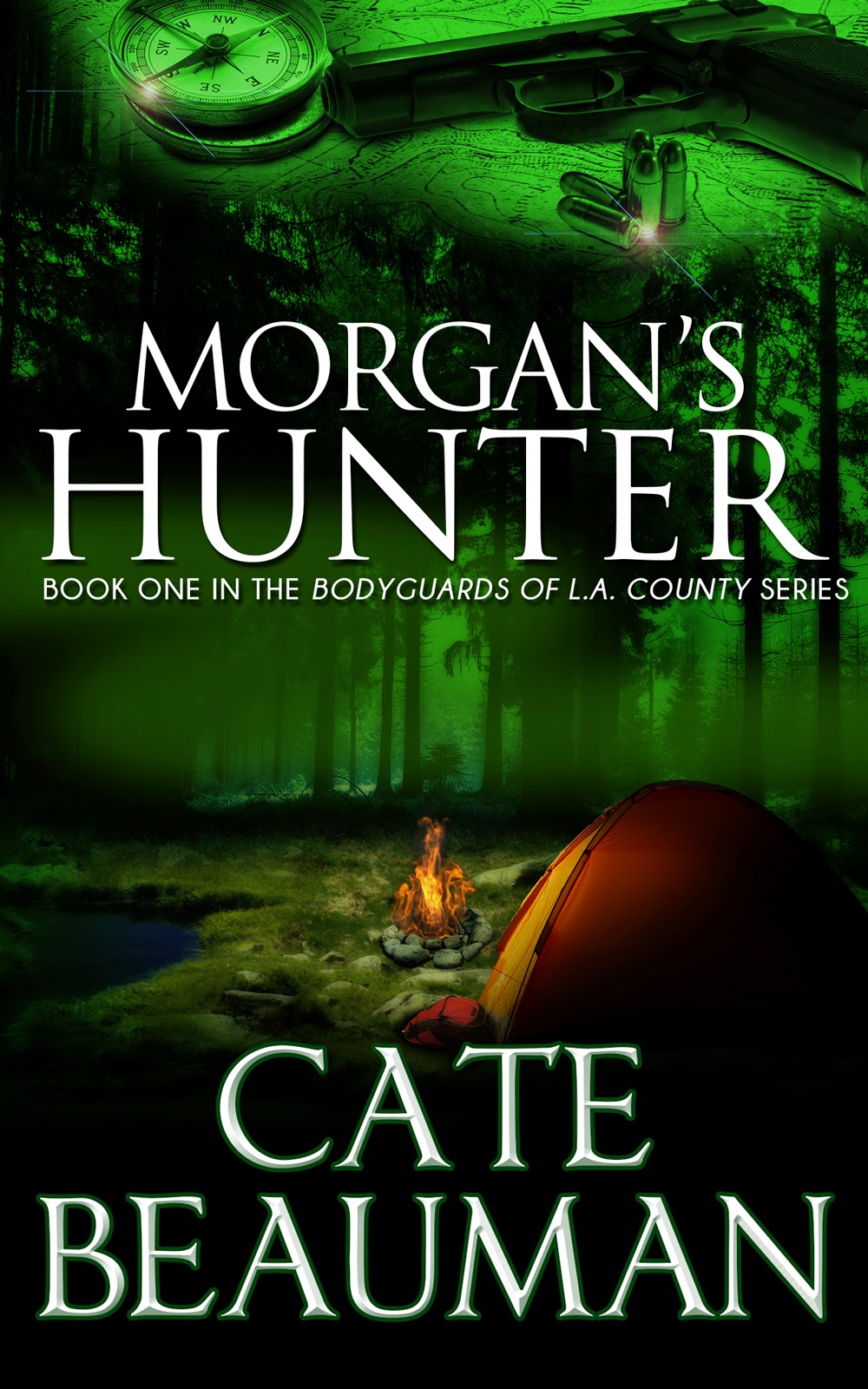 Morgan Taylor, D.C. socialite and wildlife biologist, leads a charmed life until everything changes with a phone call. Her research team has been found dead—slaughtered—in backcountry Montana.

As the case grows cold, Morgan is determined to unravel the mystery behind her friends’ gruesome deaths. Despite the dangers of a murderer still free, nothing will stand in her way, not even the bodyguard her father hires, L.A.’s top close protection agent, Hunter Phillips.
Sparks fly from the start when no-nonsense Hunter clashes with Morgan’s strong-willed independence. Their endless search for answers proves hopeless—until Hunter discovers the truth.

On the run and at the mercy of a madman, Morgan and Hunter must outsmart a killer to save their own lives.

"-one thing I noticed right away was Hunter is smoking hot. This author captured his attractiveness well. Many romance authors have said their main character was good looking, but this was one of the very few times where I thought, "Wow. He's hot!" And let me tell you blonde-haired blue eyed guys are not my type. The author deserves some serious props here." Raven Reviewer 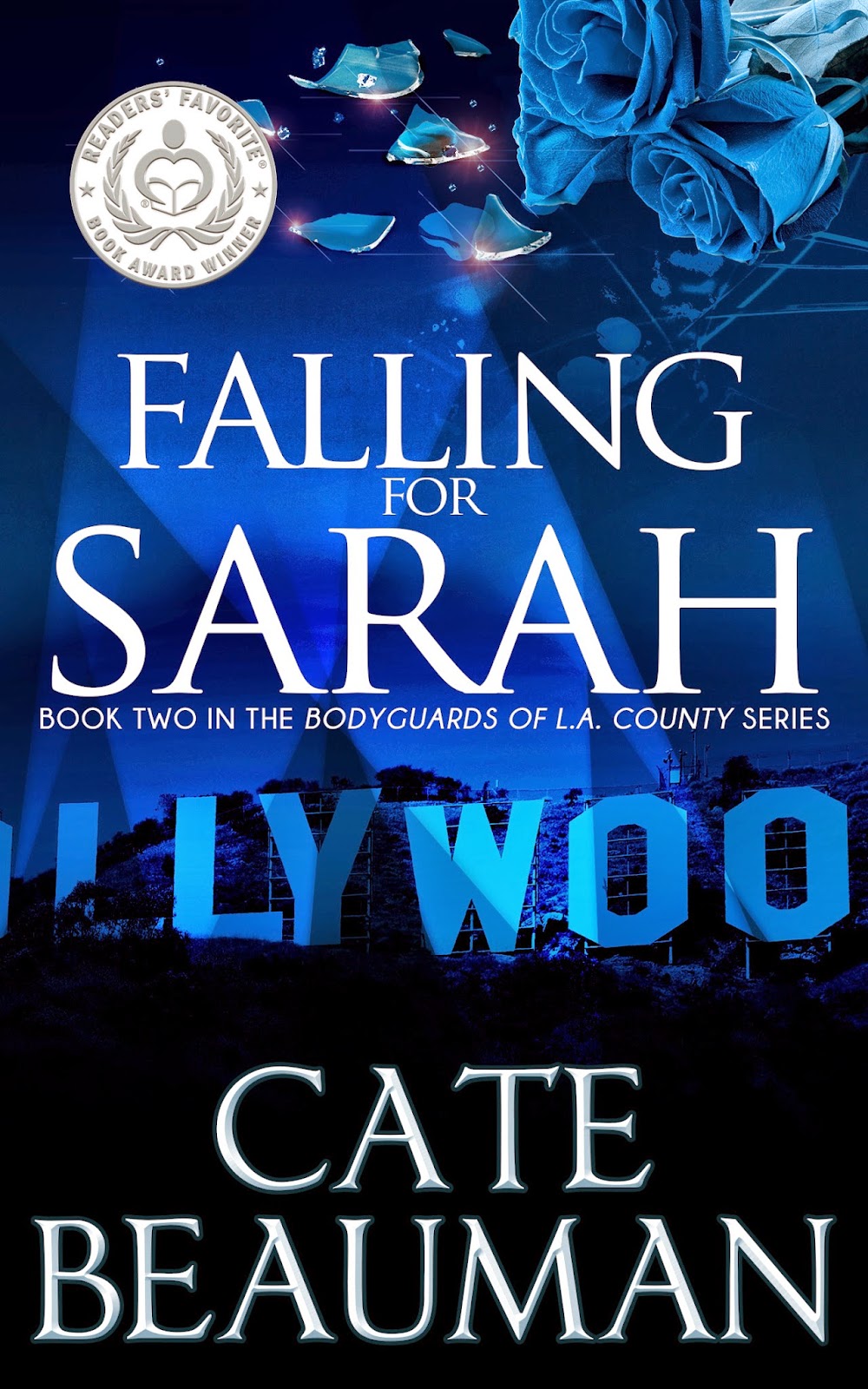 Widow Sarah Johnson struggled to pick up the pieces after her life was ripped apart.  After two years of grieving, she’s found contentment in her thriving business as photographer to Hollywood’s A-list and in raising her angel-faced daughter, Kylee…until bodyguard and long-time friend Ethan Cooke changes everything with a searing moonlight kiss.

Sarah’s world turns upside down as she struggles with her unexpected attraction to Ethan and the guilt of betraying her husband’s memory.  But when blue roses and disturbing notes start appearing on her doorstep, she has no choice but to lean on Ethan as he fights to save her from a stalker that won’t stop until he has what he prizes most.

"This story, although starting sad with Jake's death, goes zero to sixty from there. A creepy, insane , psycho thrown in with HOT manly men always make for an awesome ride." Inside BJ's Head 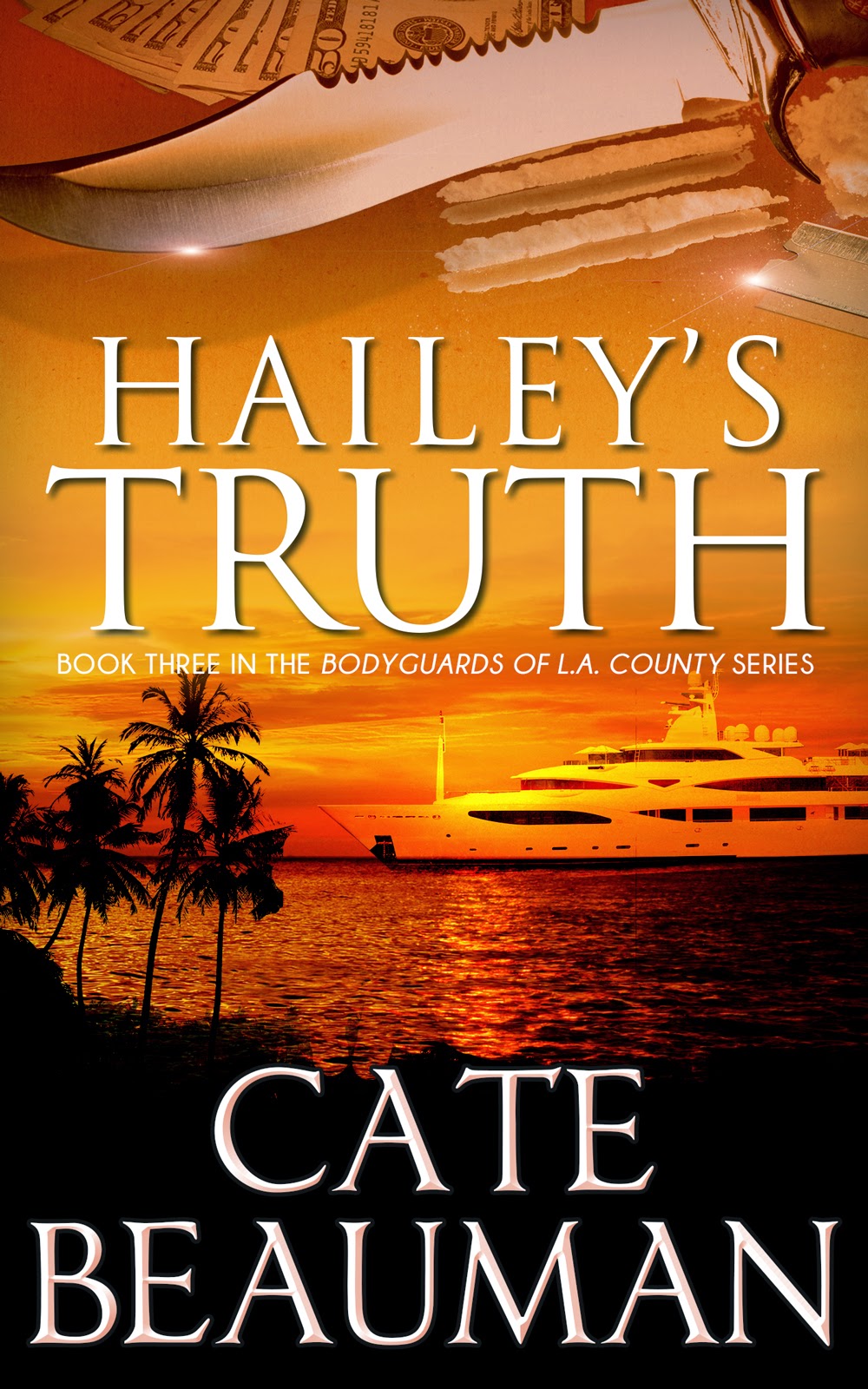 Hailey Roberts has never had it easy. Despite the scars of a tragic childhood, she’s made a life for herself. As a part-time student and loving nanny, she yearns for a family of her own and reluctant Austin Casey, Ethan Cooke Security’s best close protection agent.

Hailey’s past comes back to haunt her when her long lost brother tracks her down, bringing his dangerous secrets with him. At an emotional crossroads, Hailey accepts a humanitarian opportunity that throws her together with Austin, taking her hundreds of miles from her troubles, or so she thinks.

What starts out as a dream come true quickly becomes a nightmare as violence erupts on the island of Cozumel. Young women are disappearing, community members are dying—and the carnage links back to her brother.

As Austin struggles to keep Hailey’s past from destroying her future, he’s forced to make a decision that could turn her against him, or worse cost them both their lives.

"WOW. My head is in a whirl from this one. From the high intensity of Suspense, down to the oh-so yummy Romance, by far, Hailey and Austin have the hottest freaking scenes of the three books! ~ It's so good... or I'm so bad because--I hate to admit it--I reread the hotter than Hades scenes! I could read the entire novel again, and that's rare for me."  Hammy 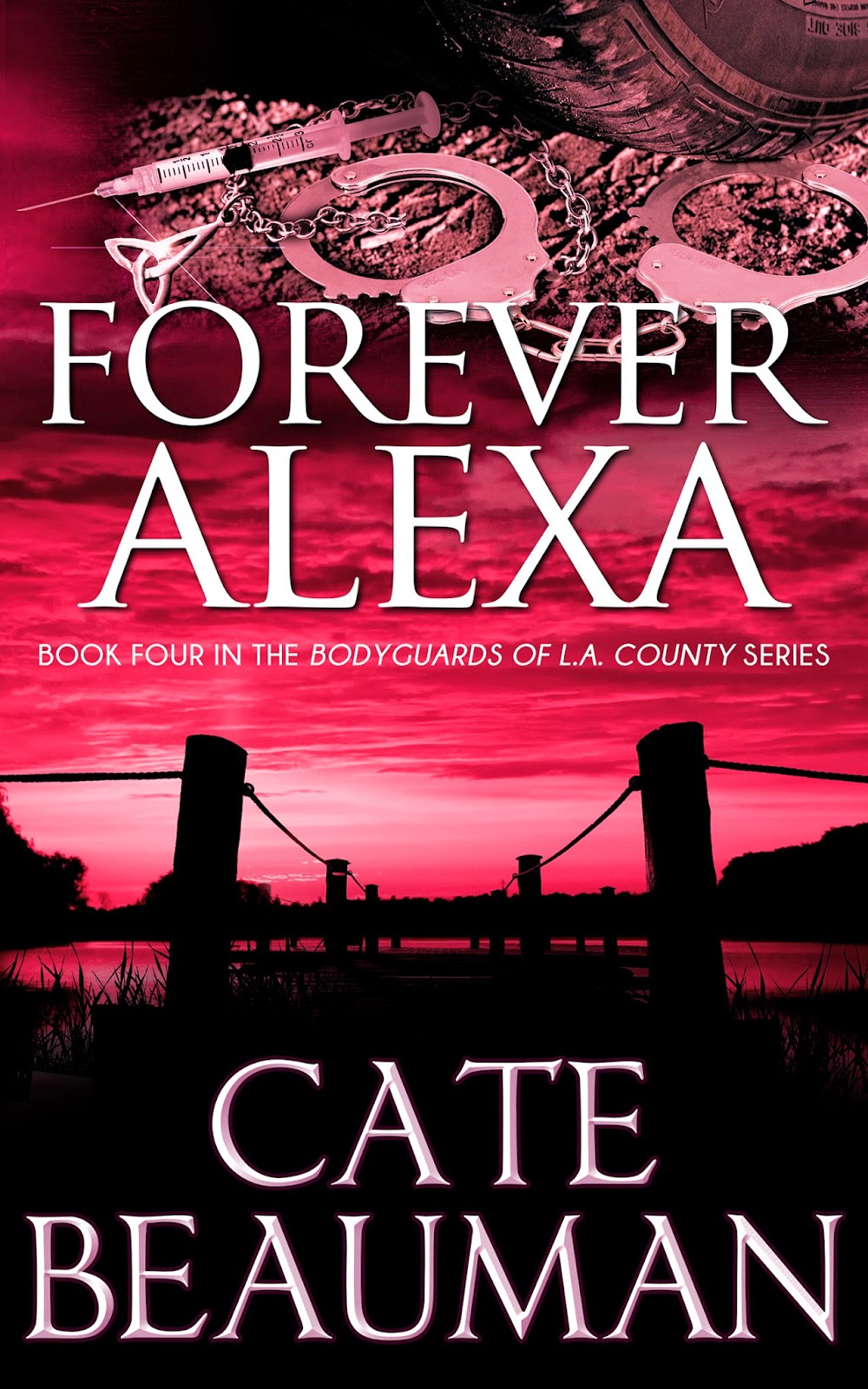 First grade teacher and single mother Alexa Harris is no stranger to struggle, but for once, things are looking up. The school year is over and the lazy days of summer are here. Mini-vacations and relaxing twilight barbeques are on the horizon until Alexa’s free-spirited younger sister vanishes.

Ransom calls and death threats force Alexa and her young daughter to flee their quiet home in Maryland. With nowhere else to turn, Alexa seeks the help of Jackson Matthews, Ethan Cooke Security’s Risk Assessment Specialist and the man who broke her heart.

With few leads to follow and Abby’s case going cold, Alexa must confess a shocking secret if she and Jackson have any hope of saving her sister from a hell neither could have imagined.

"FOREVER ALEXA is a book that is impossible to put down. I loved the first three books in this series, Morgan's Hunter, Falling for Sarah and Hailey's Truth, but FOREVER ALEXA is far and above my favorite in the series. That being said, I not only recommend but encourage readers of romantic suspense to give Ms. Beauman's books a try.....you will not be disappointed!!!" NicoleMD

Wren Cooke has everything she’s ever wanted—a thriving career as one of LA’s top interior designers and a home she loves. Business trips, mockups, and her demanding clientele keep her busy, almost too busy to notice Ethan Cooke Security’s gorgeous Close Protection Agent, Tucker Campbell.

Jaded by love and relationships in general, Wren wants nothing to do with the hazel-eyed stunner and his heart-stopping grins, but Tucker is always in her way. When Wren suddenly finds herself bombarded by a mysterious man’s unwanted affections, she’s forced to turn to Tucker for help.

As Wren’s case turns from disturbing to deadly, Tucker whisks her away to his mountain home in Utah. Haunted by memories and long-ago tragedies, Tucker soon realizes his past and Wren’s present are colliding. With a killer on the loose and time running out, Tucker must discover a madman’s motives before Wren becomes his next victim.

“I loved the book, the chemistry between all the players, always love it when a man knows what he wants and goes about getting it. Of course I did cry some tears and my spine tingled not just the suspense but the intimate times Tucker and Wren spent together and not just between the sheets.”  Seawitch Reviews 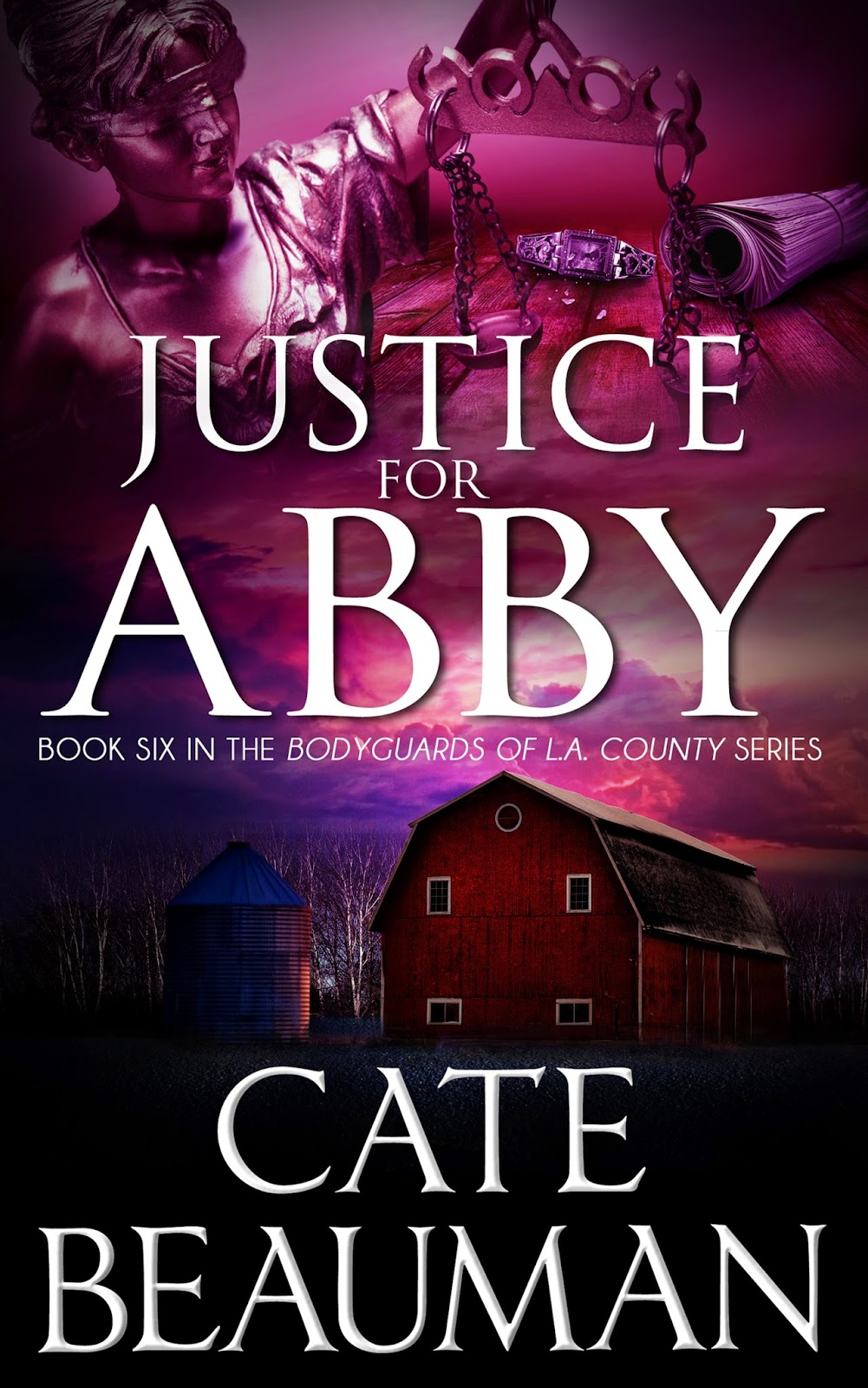 Fashion designer Abigail Harris has been rescued, but her nightmare is far from over. Determined to put her harrowing ordeal behind her and move on, she struggles to pick up the pieces of her life while eluding the men who want her dead.

The Mid-Atlantic Sex Ring is in ruins after Abby’s interviews with the police.  The organization is eager to exact their revenge before her testimony dismantles the multi-million dollar operation for good.

Abby’s safety rests in the hands of former US Marshal, Jerrod Quinn.  Serious-minded and obsessed with protocol, Ethan Cooke Security’s newest agent finds himself dealing with more than he bargains for when he agrees to take on his beautiful, free-spirited client.

As the trial date nears, Abby’s case takes a dangerous turn.  Abby and Jerrod soon discover themselves in a situation neither of them expect while Jerrod fights to stop the ring from silencing Abby once and for all.

“I really thought this would be a routine bodyguard/subject book, boy was I wrong. Cate Beauman's characters popped! By the end of this book (which I read in one sitting) I was exhausted but replete… From paragraph to paragraph this story shifts and changes. The betrayals and surprises come at the reader at a furious pace. And while this story revolves around a very dark occurrence, there are enough moments that will make you smile, chuckle, snort and go "awwwww." Sebella Blue 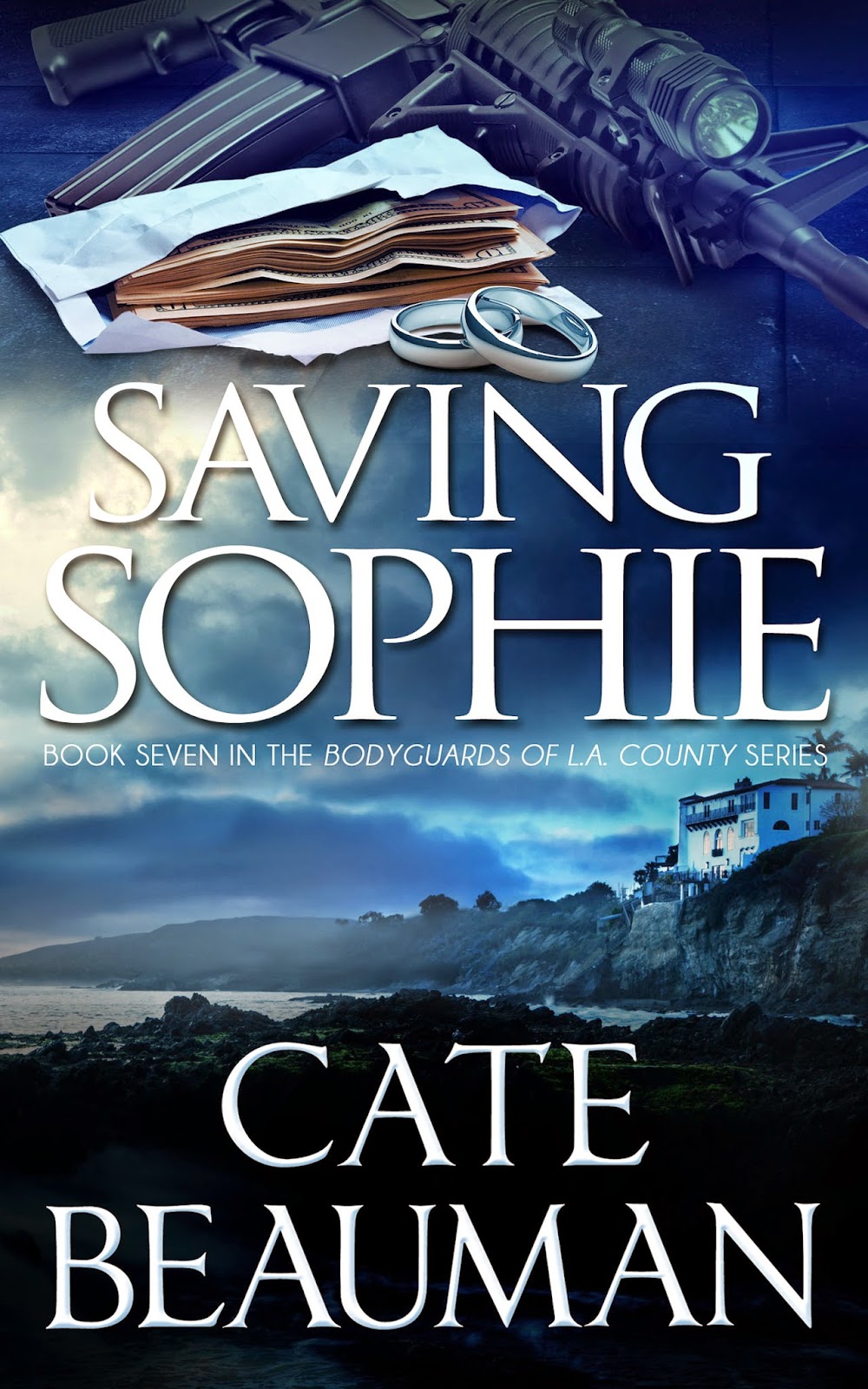 Jewelry designer Sophie Burke has fled Maine for the anonymity of the big city. She’s starting over with a job she tolerates and a grungy motel room she calls home on the wrong side of town, but anything is better than the nightmare she left behind.

Stone McCabe is Ethan Cooke Security’s brooding bad boy more interested in keeping to himself than anything else—until the gorgeous blond with haunted violet eyes catches his attention late one rainy night.

Stone reluctantly gives Sophie a hand only to quickly realize that the shy beauty with the soft voice and pretty smile has something to hide. Tangled up in her secrets, Stone offers Sophie a solution that has the potential to free her from her problems once and for all—or jeopardize both of their lives.

“Saving Sophie is truly a beautiful story... Cate has woven a meaningful story about a courageous woman who overcomes domestic violence to build a life for herself…The author beautifully shows the readers the struggles and fears that Sophie goes through to break free. There is pain in sorrow and beauty in the tears. The heroine is broken and whole. She survives to show us that if you have the courage and the will you can overcome all odds... Saving Sophie is about abuse, courage, romance, honor and so much more.”  Rebecca

I currently live in North Carolina with my husband, two boys, and our St. Bernards, Bear and Jack. I recently resigned from my day job to concentrate on this thing I refer to as ‘My Dream Come True’ career!

I’m a pretty lucky girl; one day I woke up and my entire life changed. I saw the light, so to speak, and decided I was going to be a writer. Now, three years later, I’m finishing Reagan’s Redemption, the eighth novel in my best selling romantic suspense series, The Bodyguards Of L.A. County.

SIGN UP FOR CATE’S NEWSLETTER TO BE NOTIFIED OF NEW RELEASES AND MONTHLY GIVEAWAY OFFERS
http://www.catebeauman.com/#!newsletter-sign-up/c9td