Romance to DIE for

The romantic suspense series Blood Money follows the five deadly Faraday siblings across the globe as they face danger and fall in love in equal measure. The first book in the series, Blamed, was just released and author Edie Harris shares with us some awesome sharable quotes: 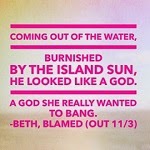 Blamed has danger, excellent fight scenes, world travel and of course, a romance to die for. Beth and Vick have a love that spans continents and many, many different bedrooms. Here are some sharables you can take for your own Twitter, Facebook or website: 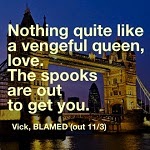 Praise for BLAMED
• “The two main characters share a long, passionate history and, boy, do they sizzle. The heroine, with her tough-as-nails personality, and the hero, with his moments of vulnerability, complement each other quite nicely. Here’s to looking forward to the next book in the series!” —RT Book Reviews
• “Blamed is a mind blowing-ly crazy story. Right from the first page it’s adventurous and addicting. It doesn't stop until the last page in the book.” —Night Owl Reviews
• “If you want a very fun, very sexy, very action-packed romantic suspense, read this. The start of what I think will be a great series.” —Smexy Books
• “Beth and Vick have the most twisted romantic story that steals it your heart.” —Fresh Fiction
• “Heartbreakingly wonderful.” —Smart Biches, Trashy Books
•“Edie Harris gives us the best of the spy game in Blamed.” —Heroes and Heartbreakers
• “Great suspense and intrigue with reunited lovers make this book a great read.” —Red Hot Books 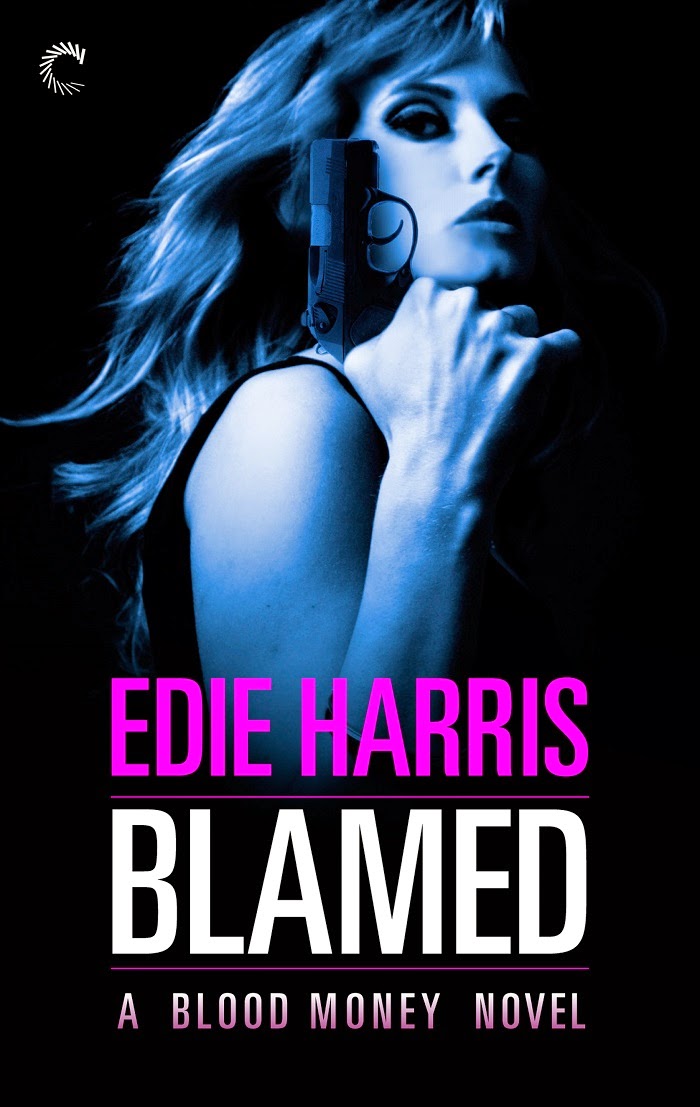 Born into a long line of spies, sanctioned killers and covert weapons developers, Beth Faraday carried out her first hit-for-hire when she was still a teenager.

That part of her life—the American spy royalty part—ended one year ago, with a job gone wrong in Afghanistan. The collateral damage she caused with a single shot was unfathomable and, for Beth, unforgivable. She's worked hard to build a new life for herself, far away from the family business.

But someone, somewhere, hasn't forgotten what Beth did in Kabul. And they want revenge.

As the Faraday clan bands together to defend Beth and protect their legacy, Beth is forced to flee her new home with the unlikeliest of allies-MI6 agent Raleigh Vick, the only man she's ever loved. And the one she thought she'd killed in the desert.

Book one of the Blood Money series 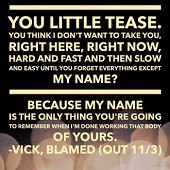 Bio:
Edie Harris studied English and Creative Writing at the University of Iowa and Grinnell College. She fills her days with writing and editing contract proposals, but her nights belong to the world of romance fiction. Edie lives and works in Chicago and is represented by Laura Bradford of Bradford Literary Agency.