Five reasons Seattle is a great setting for romantic suspense...

Congratulations to "Barbara T" the winner in Jacki's giveaway. Thank you to all who participated!

My contemporary romantic mystery series featuring Grayce Walters includes a colorful cast of characters. I carefully developed each one so they would bring something unique to the series. James, Grayce’s cross-dressing best friend, is her faith sidekick, but he also adds a bit of comic relief to contrast the darker elements of the stories. By-the-book hunky arson investigator Ewan Davis is Grayce’s love interest, but his straight-laced logical nature contradicts Grayce’s intuitive approach to life. 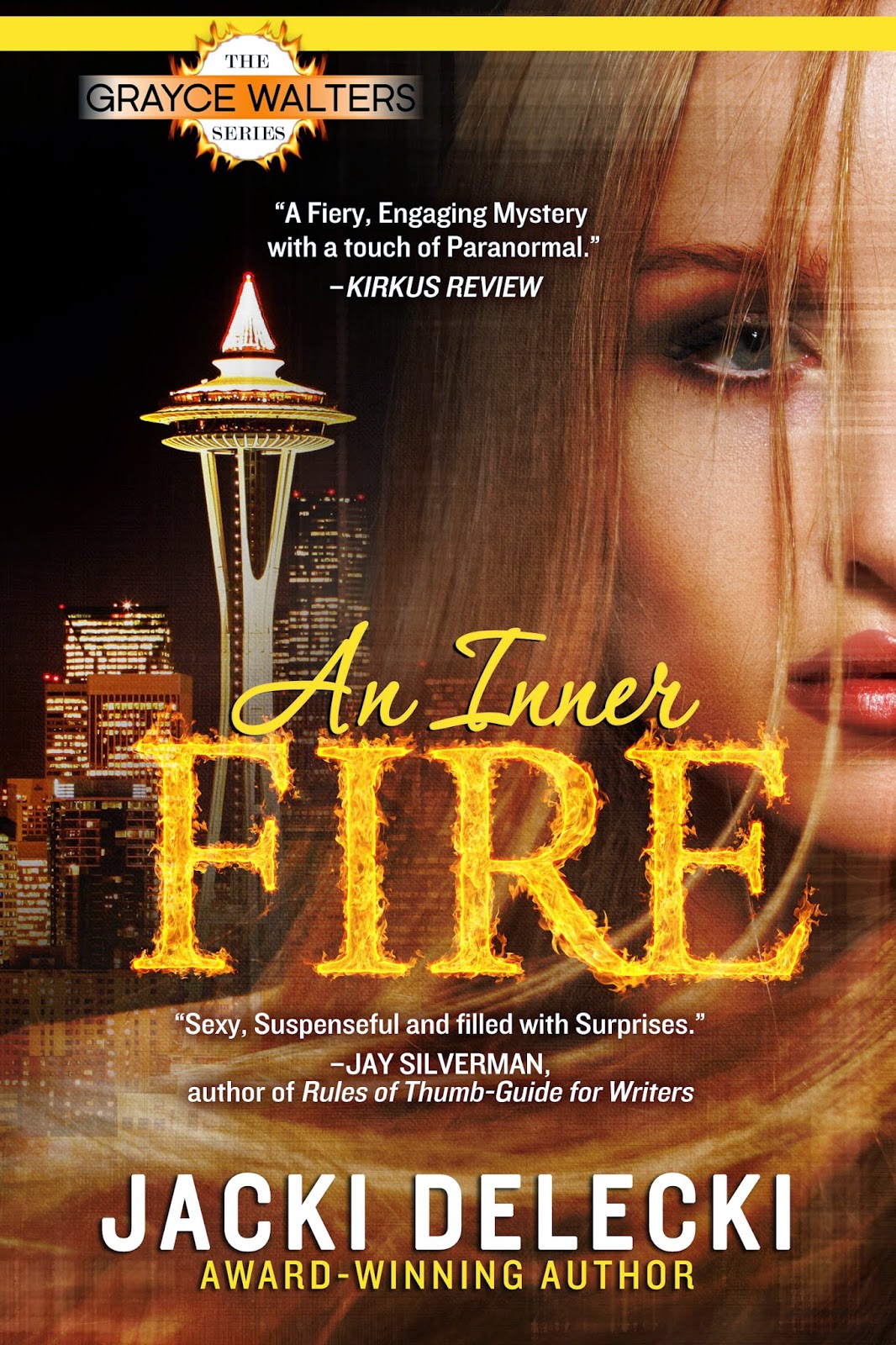 Included in the lineup, and just as important as any human character, is Seattle, Washington. In both An Inner Fire and Women Under Fire, I used specific elements of the city when I was plotting the story and composing scenes. And as I travel through my Pacific Northwest hometown, I continue to find inspiration for the next book in the series.

What makes Seattle a great backdrop for a romantic mystery series? I’m happy to share my top five reasons.

2. As a port city on the border of Canada, Seattle is a logical location for stories that include international intrigue such as smuggling or terrorism.

4. Seattle’s weather is notoriously dark and gray and rainy, which is equally good for setting up a cozy romantic interlude or bad guy skulking around.

5. Seattle is home to several high-tech icons, such as Microsoft and Amazon, which translates into corporate espionage, telecommunications disruptions or worse!

Giveaway:
Seattle is my favorite destination for romantic suspense. What’s yours? Comment for a chance to win a digital copy of Women Under Fire, Book 2 in the Grayce Walters series. Good luck! 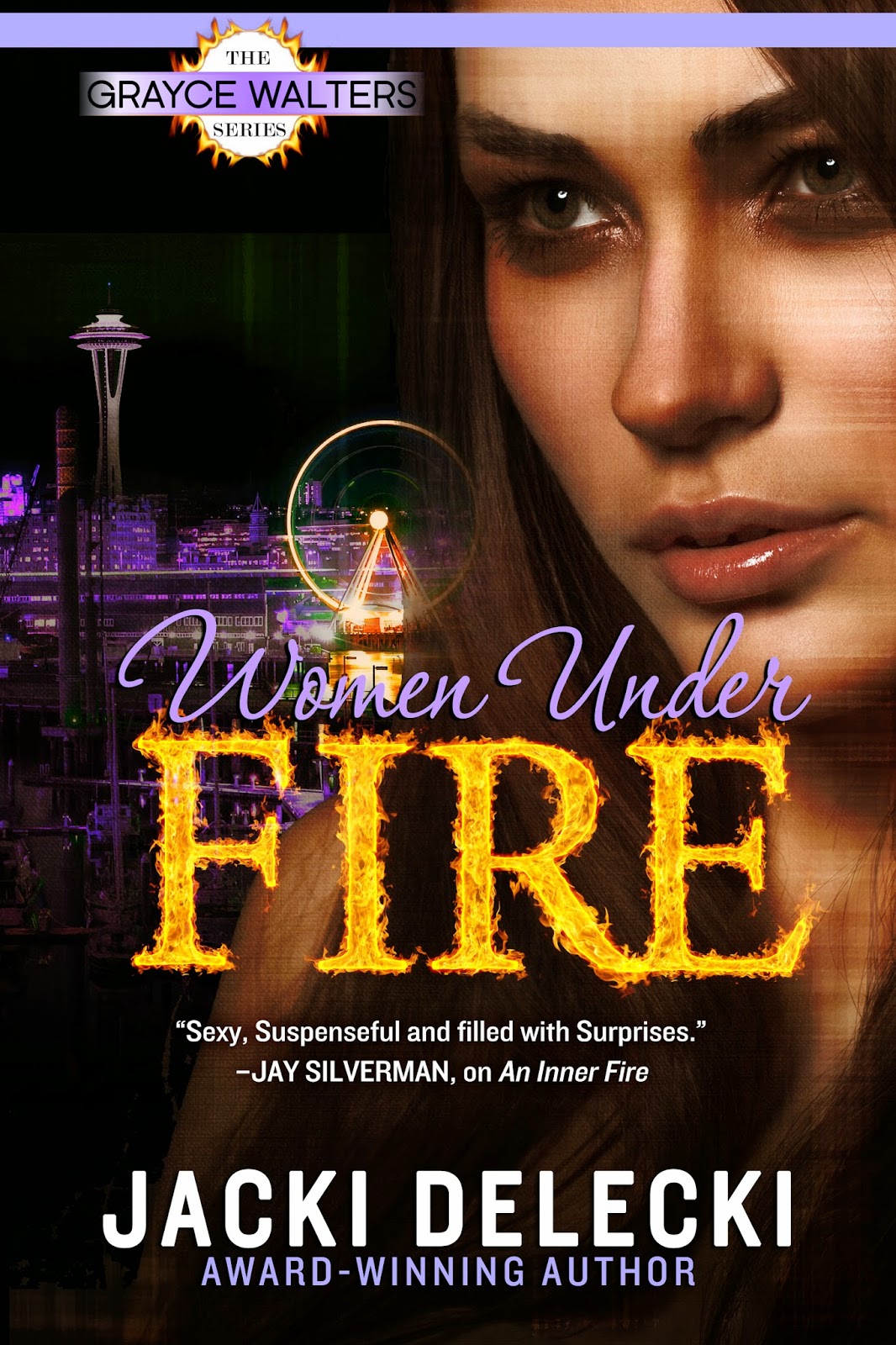 Life has heated up for animal acupuncturist Grayce Walters: thrust into the public eye and hounded by the media after solving an arson case with a critical clue from a French Poodle. When Ewan Davis, the sexy arson investigator Grayce has been steaming things up with, starts talking commitment, she definitely feels the burn.

Then a desperate mother begs Grayce to help find her missing daughter—an Afghanistan war veteran suffering from PTSD, and Grayce reluctantly takes on the case, following a disturbing clue provided by the missing young woman’s cat. Calling once again on the aid of her cross-dressing best friend and her shrewd assistant, Grayce uncovers a terrorist plot with chilling international implications.

Grayce races to rescue the young veteran before the escalating danger explodes. But if she manages to escape the threat, will she find the courage to commit to the fiery passion that awaits her wrapped in Davis’s arms?

Giveaway ends 11:59pm EST Sep. 30th. Please supply your email in the post. You may use spaces or full text for security. (ex. jsmith at gmail dot com) If you do not wish to supply your email, or have trouble posting, please email maureen@JustRomanticSuspense.com with a subject title of JRS GIVEAWAY to be entered in the current giveaway.
Posted by Maureen A. Miller at 12:30:00 AM