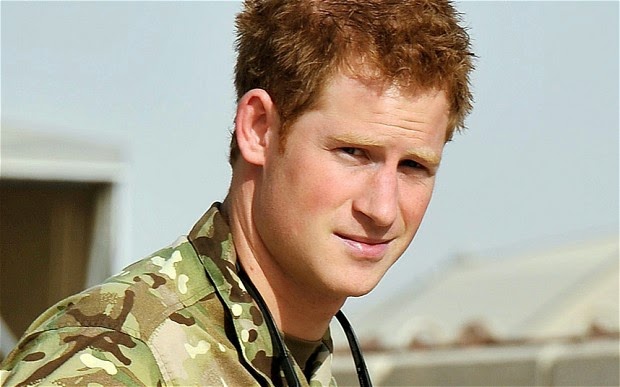 In terms of Romantic Suspense, Prince Harry is bursting with perfect heroic qualities. Firstly, he’s a prince for goodness sake—what are the chances of that happening? Secondly, despite the worrisome gene pool (we all have them), he’s good looking, fit, and frankly hot. Third, (do we need more?) he’s a soldier who’s served in combat on behalf of his country (that screams Romantic Suspense hero, right?). Fourth, the guy is obviously charming without being sickeningly smooth. Fifth, he works for charity and seems to genuinely care about those worse off than himself. Six—most importantly—he has flaws. OMG, thank you! No one wants to try and measure up to perfection. Trying to find the perfect woman for a Harry without flaws would be impossible (hoping he finds the right woman one day J).

Turning Prince Harry into the perfect Romantic Suspense hero would be a piece of carrot cake (couldn’t resist). In fact, he’s possibly too good to be true. All he needs now is a case of amnesia as he stumbles across a woman-in-jeopardy (who may or may not be pregnant), and some flowing desert robes as they make their escape on a camel from the bad guys.

Anyway, I hope you star-spangled peeps are having lots of safe fun. Happy Independence Day!

There are more perfect heroes in a new limited edition Romantic Suspense box set I’m in. CRIMES OF PASSION features 6 bestselling novels by 6 bestselling authors and is on sale for only 99c. 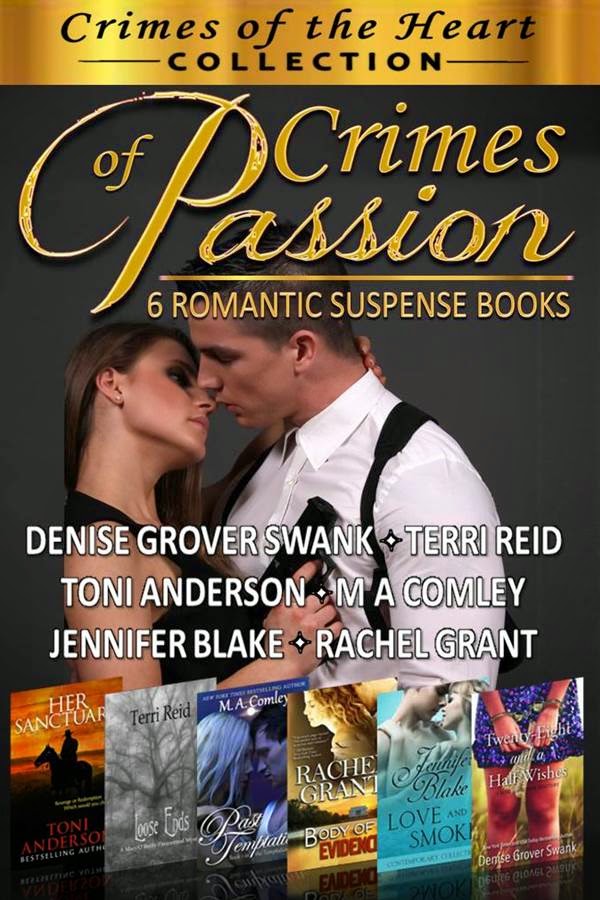 BODY OF EVIDENCE (Evidence Series) - Rachel Grant
In North Korea retrieving the remains of GIs, archaeologist Mara Garrett is arrested and sentenced to death for spying. Curt Dominick, an ambitious, infuriatingly sexy US attorney mounts a rescue mission that morphs into an explosive chase across the Pacific. Desire clashes with loyalty when the conspiracy they uncover threatens not only their lives but national security.
____________

HER SANCTUARY (HER - Romantic Suspense Series) - Toni Anderson
Running for her life, ex-FBI agent Elizabeth Ward escapes to the solitude of Montana with a new identity. Nat Sullivan, struggling to keep his ranch from bankruptcy, doesn't need a beautiful stranger complicating his life. But Elizabeth isn't what she seems. And when a murderer and rapist track her down, they all discover the power of revenge -- and redemption.
____________

TWENTY-EIGHT AND A HALF WISHES (Rose Gardner Mystery - Book 1) - Denise Grover Swank
Rose Gardner's had visions before, but never of herself dead. When her overbearing momma winds up murdered instead, she's the prime suspect. Rose makes a bucketlist of 28 wishes, targeting neighbor Joe, with secrets of his own, for #15: Do more with a man. Then her house is broken into, someone else she knows is murdered, and suddenly, dying a virgin in jail isn't her biggest worry.
____________

LOOSE ENDS (A Mary O'Reilly Paranormal Mystery - Book 1) - Terri Reid
Combining her cop experience with a talent to communicate with ghosts, PI Mary O'Reilly's big challenge is convincing the handsome police chief she's not nuts. But when the ghost of a woman drowned in a Senator's swimming pool 24 years ago points to a connection with the cold cases of five missing girls, Mary becomes a target of a serial killer out to tie up all his loose ends.
____________

LOVE AND SMOKE (Contemporary Collection) - Jennifer Blake
Riva Staulet triumphed over past betrayal to reinvent herself as a woman of wealth and power. Noel has always been a Southern gentleman of rock-solid principle, stalward in his sense of justice. When a ruthless politician from her past resurfaces, Riva must risk utter ruin to prove him a murderer. And as death and disaster loom, Noel must choose to stand with her or against her.
____________

PAST TEMPTATION (Temptation Series) - M A Comley
Until now, Nicole's main focus in life has been running her successful business while raising her daughter, Sammy Jo, single-handedly. Now, Nicole's ex-boyfriend, Josh, has turned up determined to rekindle the relationship he ran out on. But before they get the chance to pick up where they left off, Nicole's personal life is put in mortal danger.