The Dating Game With Mitch and Caroline Day Two 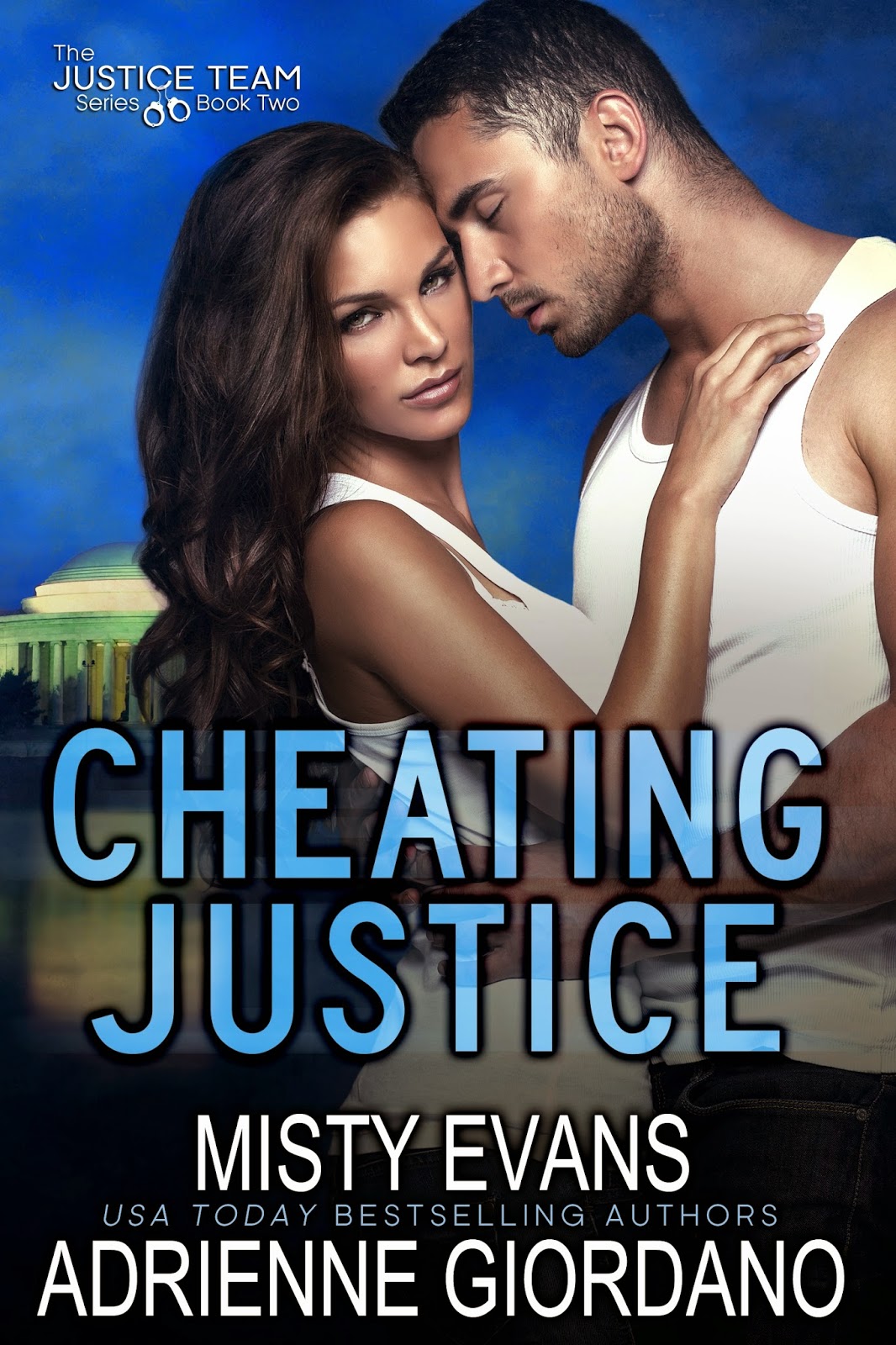 Good morning and welcome to day two of The Dating Game With Mitch and Caroline. As Misty Evans mentioned yesterday, we’re celebrating the release of Cheating Justice, the second book in our Justice Team Series. Since we had such a great time with these characters, we thought it would be fun to ask them a few questions ala Dating Game style. Today, Caroline will respond to questions.

To see what Mitch had to say, see yesterday’s post.

So, let’s get started with Caroline, our FBI sniper heroine.

Adrienne: Hi, Caroline. Thanks for playing along with Misty and I with this Dating Game thing.

Caroline Foster: Sure. It’ll be fun. And I’m sure Mitch didn’t waste any time telling everyone I forced him to do this. I did not force him. Not really. I may have been cleaning my gun at the time though.

Adrienne: Yesterday, we asked Mitch if he was an animal, which one would he be.  He said he’d be a wolf because they are swift and lethal and a bit of a pack animal. Then he said you’d be a wild horse because you’re smart and fast and have long hair that drives him nuts. He also said you’re um…stubborn. Specifically he said you’re stubborn as hell.

Caroline (Laughing): A wolf! Of course, he’s wrong about that. Whether he wants to listen to me or not, Mitch is a Jaguar. Powerful and beautiful and can kill his prey in one leap.

As for me, I can’t argue that I’m stubborn. He should thank his stars that I am stubborn because it’s saved his butt on more than one occasion. And, thank you, Mitch, for saying I’m beautiful. He gets points for that.

Caroline: Finally, he gets one right! I’ve learned to keep my sidearm handy because of all the times I’ve had to threaten to shoot him. The man drives me insane. Truly. But he has these moments when he’s so passionate about what he’s doing and he’s not afraid to stand up for what he believes. In those moments, I can’t resist him. It’s almost ridiculous how much I adore him in those moments.

Anyway, my idea of a perfect date would be to revisit the lake where we camped out at in Cheating Justice. It was so peaceful there and for a few minutes, just sitting there with Mitch, I’d forgotten about all the rotten things we were facing.

Adrienne: If you had to give yourself a nickname, what nickname would you choose? Mitch said he’d never give himself a nickname because it’s uncool and that Man Code states your peers must bestow a nickname on you after you’ve earned it.

Caroline: He’s such an ass. What nickname did he give me? I can’t wait to hear this one.

Adrienne: He said he calls you Miss Type A. And that you’re totally neurotic when on a case. He did say that it…um…turns him on.

Caroline: Please. Everything turns him on. He can’t go thirty seconds without thinking about sex. I can’t say I hate that about him though. He’s not shy when it comes to showing me how he feels about me and that doesn’t get old. As for nicknames, I would nickname him Houdini because he can disappear better than any magician. His ability to stay off the grid is well documented. He broke my heart last year when he disappeared on me. I’ve just recently forgiven him for that.

For my nickname I’d say Bullseye because I can hit one—in windy conditions— on a target that’s five-and-half inches in diameter and six hundred yards out.

Adrienne: What song best describes your life, and why? Mitch said for him it would be TNT by AC/DC and for you it’s How Do I Stop Loving You by Barry Manilow.

He’s not far off on my song. I’d say it’s more Hopelessly Devoted To You from Grease. Somehow, he always manages to win me over. And I’m happy about that.

Adrienne: What is your best pick-up line?

Caroline: I guarantee Mitch had something twisted to say to this one. Guarantee.

Adrienne: You’d be right. He said, he’d only want to pick up you and all he’d have to say is “Want to see my gun, Special Agent?”

Caroline: Have I mentioned he’s an ass? A funny one, but he’s still an ass.

I’ve always accused him of being the King of Innuendo. Once again he’s wrong. His best pick-up line isn’t even a pick-up line but it destroys me every time. All he has to say is “Hey, Caroline” and I fold. There’s something in the soft tone he uses that feels like warm cider on a fall day. My best pick-up line? Hmm, I guess I could go with his because I don’t really use pick-up lines. Truth be told, I’m not that good with picking up men. Pretty much, I stink at it.  Not when it comes to Mitch though. With him, I’m pretty good.

Adrienne: I think he’d agree on that. Thank you for being here with me.

Caroline: Sure. Tell Mitch I’m looking for him. And I have my gun.

Readers, if you’d like to more about Mitch and Caroline, here’s the blurb of Cheating Justice. We hope you’ve enjoyed spending some time with them.

For fans of Scandal and Justified!!!

The second novel in the exciting and bestselling Justice Team romantic suspense series!!

While investigating a government cover-up, former FBI agent Mitch Monroe is framed for murder. A wanted man, Mitch has no choice but to stay off the grid, and he needs Special Agent Caroline Foster—the FBI’s top sniper and a woman who wants nothing to do with him—to clear his name.

After sharing a single night of simmering passion with Mitch a year ago, Caroline hasn’t been able to get him out of her head. Or her heart. He's already jeopardized her job once…helping him now could end her career. But a friend has been murdered, and no matter how Caroline feels about Mitch, he's not the killer. She needs answers, and she needs Mitch Monroe out of her life once and for all.

On the run and with no one to turn to, Mitch and Caroline can’t fight the reigniting passion between them. She’ll lose her career if she proves Mitch is innocent…he’ll lose his life if she doesn’t.

Author Bio:
USA Today bestselling author Adrienne Giordano writes romantic suspense and mystery. She is a Jersey girl at heart, but now lives in the Midwest with her workaholic husband, sports obsessed son and Buddy the Wheaten Terrorist (Terrier). She is a co-founder of Romance University blog and Lady Jane's Salon-Naperville, a reading series dedicated to romantic fiction. For more information on Adrienne's books, please visit www.AdrienneGiordano.com. Adrienne can also be found on Facebook at http://www.facebook.com/AdrienneGiordanoAuthor, Twitter at http://twitter.com/AdriennGiordano and Goodreads at http://www.goodreads.com/AdrienneGiordano.  For information on Adrienne’s street team, Dangerous Darlings, go to http://www.facebook.com/groups/dangerousdarlings.