Hi! I’m author Christy Newton and have some very exciting news! My More Than Treasure Series is now in a book bundle! The More Than Treasure Trilogy is not only in ebook, but also paperback. And that isn’t even the best part… the ebook is deeply discounted right now for my kindle count down! Grab the whole series for a real bargain! I also have two Goodreads giveaways going on right now, so be sure to enter those. 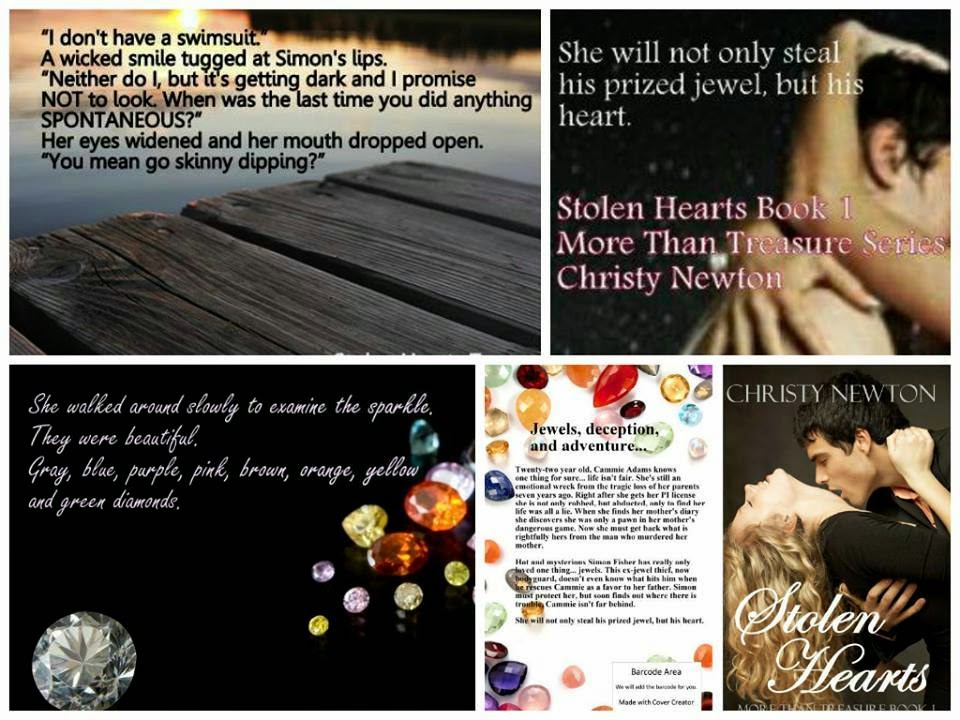 Twenty-two year old, Cammie Adams knows one thing for sure... life isn't fair. She's still a wreck from the tragic loss of her parents seven years ago. Right after she gets her PI license she is not only robbed, but abducted, only to find her life was all a lie. When she finds her mother's diary she discovers she was only a pawn in her mother's dangerous game. Now she must get back what is rightfully hers from the man who murdered her mother.

Hot and mysterious Simon Fisher has really only loved one thing... jewels. This ex-jewel thief, now bodyguard, doesn't even know what hits him when he rescues Cammie as a favor to her father. Simon must protect her, but soon finds where there is trouble, Cammie isn't far behind.

She will not only steal his prized jewel, but his heart. 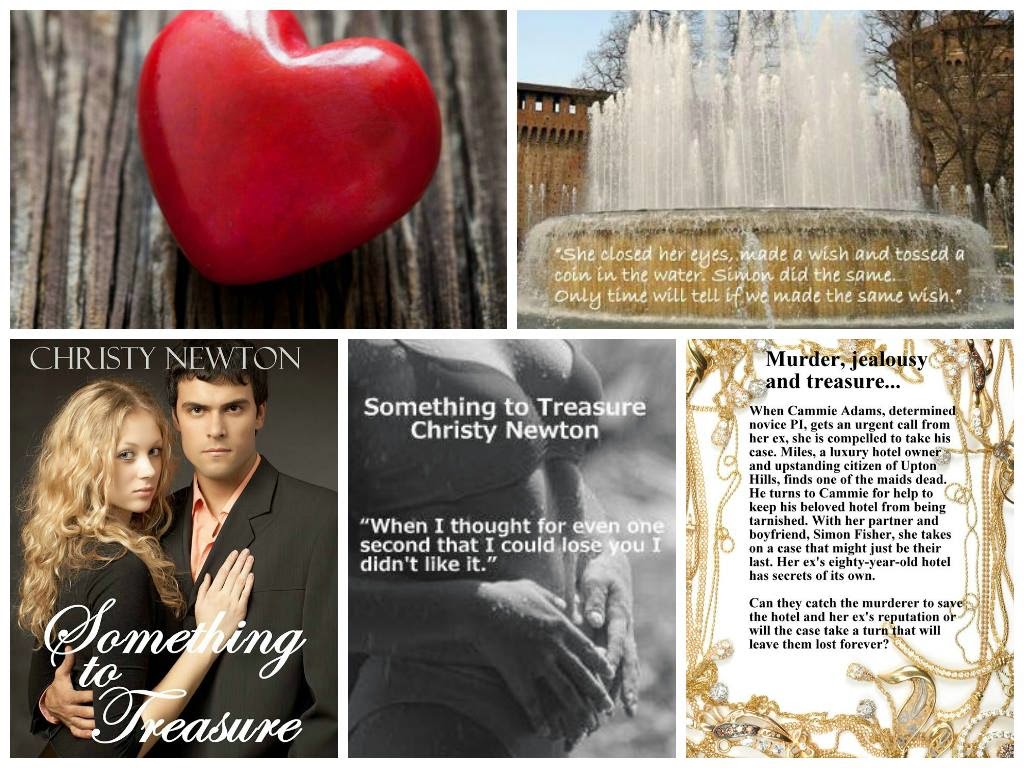 When Cammie Adams, determined novice PI, gets an urgent call from her ex, she is compelled to take his case. Miles, a luxury hotel owner and an upstanding citizen of Upton Hills, finds one of the maids dead. He turns to Cammie for help to keep his beloved hotel from being tarnished. With her partner and boyfriend, Simon, she takes on a case that might just be their last. Her ex’s hotel is an eighty-year-old building that has secrets of its own.

Can they catch the murderer to save the hotel and her ex’s reputation or will the case take a turn that will leave them lost forever? 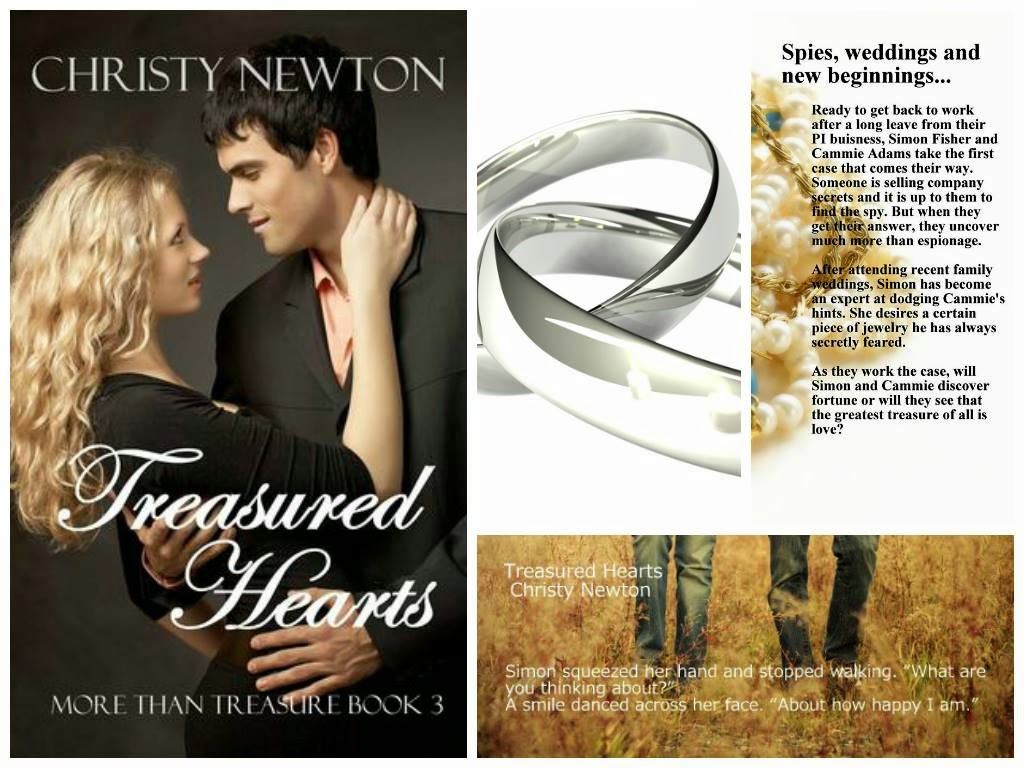 Ready to get back to work after a long leave from their PI business, Simon Fisher and Cammie Adams take the first case that comes their way. Someone is selling company secrets and it’s up to them to find the spy. But when they get their answer, they uncover much more than espionage.

After attending recent family weddings, Simon has become an expert at dodging Cammie’s hints about giving her a certain piece of jewelry he has always secretly feared. Simon doesn't know how long he'll be able to keep his girlfriend satisfied without giving her the one thing she still desires.

As they work their case, will Simon and Cammie discover another fortune or will they see that the greatest treasure of all is the one they already have… love?

Author Bio:
Christy Newton is a hopeless romantic and writes many genres of romance. She just might be the only author out there that doesn’t drink caffeine, but dark chocolate is her must have. She falls in love with each of her heroes and hopes you will too!