With: Laura Griffin and Allison Brennan

Thanks for inviting us to Just Romantic Suspense! 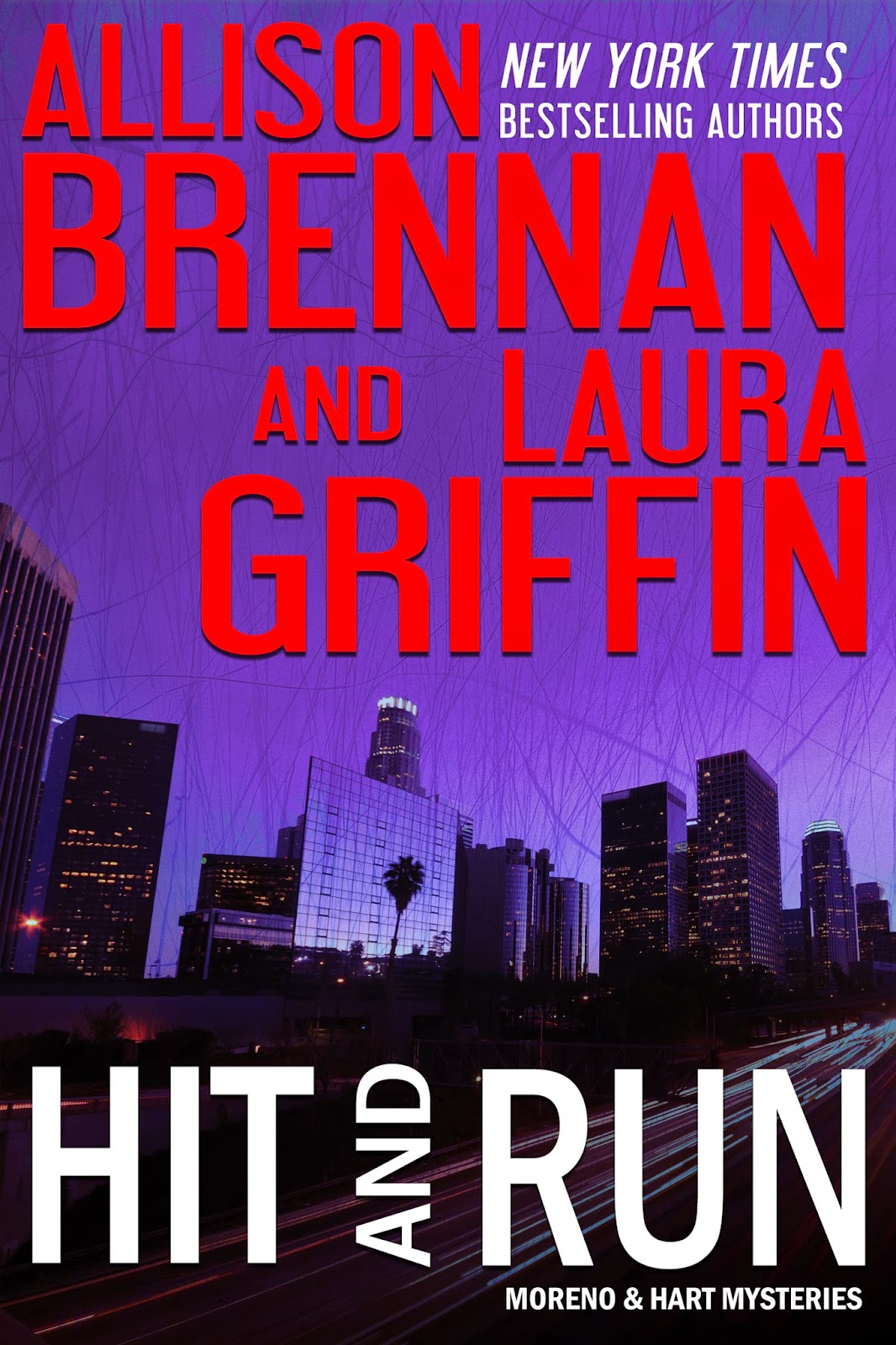 Allison and I are thrilled to be back during release week for HIT AND RUN, the newest book in our digital suspense series featuring Southern California detective duo Scarlet Moreno and Krista Hart. The first book in the series, CRASH AND BURN, was named one of the best books of 2013 by Suspense Magazine.

We are having so much fun writing this series, probably because we never know what these heroines are going to do next. Scarlet and Krista have a knack for getting into trouble, with both good guys and bad, which makes them entertaining to write about.  Another fun part of the Moreno & Hart series is the format. Each book contains two connected novellas told from a different heroine’s point of view. So both Scarlet and Krista’s voices come through in the stories.

With HIT AND RUN we’re having a good time writing about Scarlet and Krista’s romantic (mis)adventures. After CRASH AND BURN, many readers asked whether they could expect to see more of Alex Bishop and R.J. Flynn in future books, and the answer is YES!

Here is an excerpt from HIT AND RUN...

Scarlet Moreno was already driving when she tried Krista’s cell for the third time. Again, it went to voice mail. She hung up without leaving a message. The first two “call me back now,” were clearly urgent.

“Dammit, Hart, where are you?”

Scarlet considered going without back-up, but Krista lived in Huntington Beach, which was on the way to the rendezvous point outside Long Beach. She couldn’t imagine that LAPD cop Jason Jones had an ulterior motive in asking her to meet, but he’d certainly sounded scared.

“There’s no one else I can trust, Scarlet. We need to talk. Tonight.”

“Someone tried to kill me. I don’t want to talk about it over the phone. Just promise me you’ll come.”

Jason’s family had lived down the street from the Morenos. Jason and her brother, John, had been close friends—the same age, the same interests—and had even gone through the Police Academy together.

Now something had freaked Jason out and he’d turned to her, not John. Why? Because John was a cop and she was a private investigator? Why would Jason need a PI? It made no sense. But Jason had sounded scared and he’d told her not to tell anyone, not even John, so she didn’t.

If Krista wasn’t home, Scarlet would do this alone. But her gut told her she needed back-up, and there was no one she trusted more than her partner.

Scarlet stopped her Jeep in front of Krista’s house because someone else was parked in her driveway. An all-too-familiar black Porsche 911.

The slime ball was here.

Scarlet debated with herself for about two seconds before getting out of her Jeep and striding up the front walk of the money pit Krista had inherited from her grandmother. She rang the bell—several times—then started knocking.

Krista opened the door, both anger and worry on her face. “Scarlet?”

Krista wore a little black dress. By little, Scarlet meant short. Sexy. Hot. If Scarlet were gay, she’d be all over the blonde.

“Change into something that can conceal your Ruger. I need back-up.”