Sex or no sex, this is the question...


For my first five books, the answer was yes. Tasteful, romantic sex but yes, they do the deed. But for my latest novel, I didn’t want to be as explicit. I wasn’t clear why until last week. The answer surprised me.

“Blue Midnight” is the first in “The Brannon Clan” series and features a main character in her mid-forties, Blythe Heywood. Newly divorced, she heads to Idaho from Seattle to search for a former love. She’s had two children and although in decent shape, her body is by no means perfect. As the story unfolds, she falls in love with a man in his late forties and they become intimate.

I struggled with how much to tell, how detailed to get with the intimacy scenes, perhaps because the character of Blythe in “Blue Midnight” is so similar to me. While writing, I couldn’t help but think of my own experiences dating post my divorce. I’ve felt raw and vulnerable and unsure if it was possible to let myself be seen again by any man after being married for so long. There are the bumps and sags and stretch marks. There are the extra five pounds and this red scar on my nose that can be seen after I take my make up off at night. Would I be able to do it again? Could I let myself be that vulnerable? I put all of my own feelings into my character in “Blue Midnight.” For example, my character hates her feet and her drooping breasts and the rolls around her middle. She wishes the lights were dimmed. You get the idea.

And through writing, I became clear that having sex at this age, whether you’re married or not, is really about vulnerability. It’s letting someone see and touch you with all the flaws that fifty decades on the earth brings. And my job as a writer was to describe what that feels like, how much courage it takes to ‘expose’ oneself, to let oneself be seen by a man you love and praying with all your might that he’ll still love you in the morning.

I posted about my decision about ‘sex or no sex’, along with the ‘love’ scene in my fan room on Facebook. The responses by these real women were both moving and affirming. They all mentioned body parts of their own they felt-conscious about. They thanked me for writing about people who aren’t physically perfect.

And yes, they agreed, love-making at any age is really about vulnerability.

So here’s wishing you some vulnerability tonight, with the lights dimmed or not. 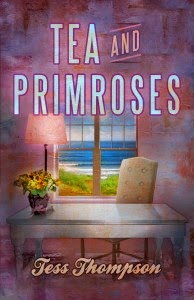 Nothing is as it seemed in calm, quaint Legley Bay.

Famous novelist, Constance (last name) lived a seemingly straightforward – if private – and somewhat predictable life. Friends, beloved daughter Sutton, a beautiful home, and all the success an author could wish for. A perfect life….but was it?

When a hit and run accident suddenly takes her mother’s life, Sutton finds hidden secrets with her heartbreak. Emotional walls she assumed Constance had built to protect her privacy may have been to protect something – or someone – else entirely. Family and friends return home for support, including her own lost-love, Declan. He’s the first thing she craves to help her cope with her loss and the questions she’s left with, but he’s also the last person she wants to see. Will he be able to put down roots at last?

Can the loss of true love be the making of a life or is it destined to be the undoing of everything? When money, power and love combine across time, anything is possible.

Tess Thompson is a novelist and playwright with a BFA in Drama from the University of Southern California. In 2011 she released her first novel, Riversong, which subsequently became a best seller.

Like her main character in the River Valley collection, Tess is from a small town in Oregon. She currently lives in a suburb of Seattle, Washington with her two young daughters, Emerson and Ella, and their puppy Patches. She is inspired daily by the view of the Cascade Mountains from her home office window.

Tess is working on her next novel and regularly blogs about her journey as a mother, author and friend at www.tesswrites.com.