Lions and Tigers and Bears, Oh My!

Congratulations to "Maureen C.", the winner in Carey's giveaway. Thank you to all who participated!

We all have something we’re afraid of, though it may not always rise to the level of a true phobia. A phobia, according to the DSM-5 (the diagnostic and statistical manual for mental disorders) is a fear that must have been present for at least six months and must interfere with a person’s ability to carry out his daily life. But like I said, phobia or not, we’re all afraid of something!

I remember when I decided to become a physician, my first thought was that I was afraid of needles- a pretty common fear. But I’m sure you can see how that would be a problem for a would-be doctor.  What did I do when faced with the choice of hanging onto that fear or going to medical school? You guessed it. I sucked it up and applied to medical school, and when I was accepted, I simply pretended I wasn’t afraid of needles until eventually…I wasn’t anymore.  I think that’s how most of us handle simple fears. We just face them, and they dissipate on their own with time and exposure. Like me and medical school, or the like the Tin Man, Dorothy and the Scarecrow in the Wizard of Oz.


But sometimes our fears aren’t so easily resolved. Sometimes we can’t carry on until we get help for them.

In my new release, CONFESSION. The serial killer in the story has one little problem: He’s afraid of blood. Big time. And he can’t go on with his “work” until his phobia is cured. So he seeks out the help of my heroine, newly-minted psychiatrist, Faith Clancy, who has no idea she’s dealing with the grisly serial killer known as the Santa Fe Saint. Here’s the blurb for the book, which released today from Harper Collins Witness Impulse at a special introductory price of $1.99. 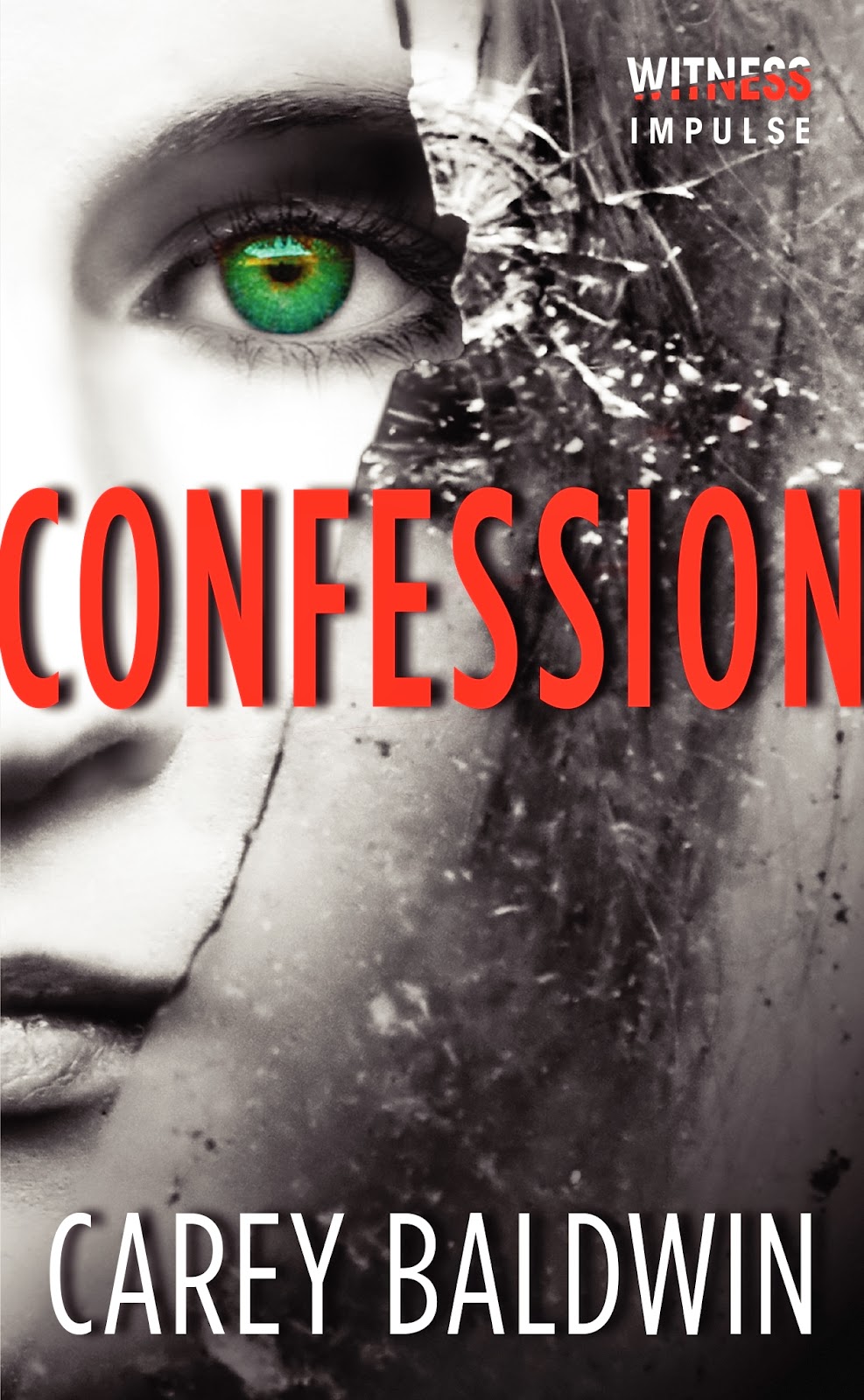 A dark, psychological suspense. For fans of Allison Brennan and Karen Rose comes Carey Baldwin, a daring new name in suspense, with the story of a serial killer out for blood—and the only woman who can stop his reign of terror.

They say the Santa Fe Saint comes to save your soul—by taking your life.

Newly minted psychiatrist Faith Clancy gets the shock of her life when her first patient confesses to the grisly Saint murders. By law Faith's compelled to notify the authorities, but is her patient really the Saint? Or will she contribute to more death by turning the wrong man over to the police?

Faith is going to need all her wits and the help of a powerful adversary, Luke Jericho, if she's to unravel the truth. But she doesn't realize she's about to become an unwitting pawn in a serial killer's diabolical game. For once he's finished with Faith, she’s to become his next victim.

You can purchase CONFESSION now for a special introductory price- $1.99
AMAZON
BARNES AND NOBLE
ITUNES

BIO:
Carey Baldwin is a mild-mannered physician by day and the author of edgy romantic thrillers by night. What’s a nice girl like Carey doing writing dark psychological suspense with romantic elements? When you’re a former clinical psychologist, writing about psychopaths comes naturally, and when you’re a hopeless romantic…, well, you do the math!

You can sign up for her new release Newsletter here. (http://www.careybaldwin.com/contact/)

Giveaway:
Thanks so much to my lovely hostess at Just Romantic Suspense for having me here today. I’d like to thank readers for participating by giving a ten-dollar gift card (winner’s choice of Amazon or Barnes and Noble) to one lucky commenter. You know my secret phobia used to be a fear of needles. Do you have any secret fears or phobias?

Giveaway ends 11:59pm EST March 12th. Please supply your email in the post. You may use spaces or full text for security. (ex. jsmith at gmail dot com) If you do not wish to supply your email, or have trouble posting, please email maureen@JustRomanticSuspense.com with a subject title of JRS GIVEAWAY to be entered in the current giveaway.