Congratulations to "Janice H", the winner of Mary's giveaway. Thank you to all who participated! 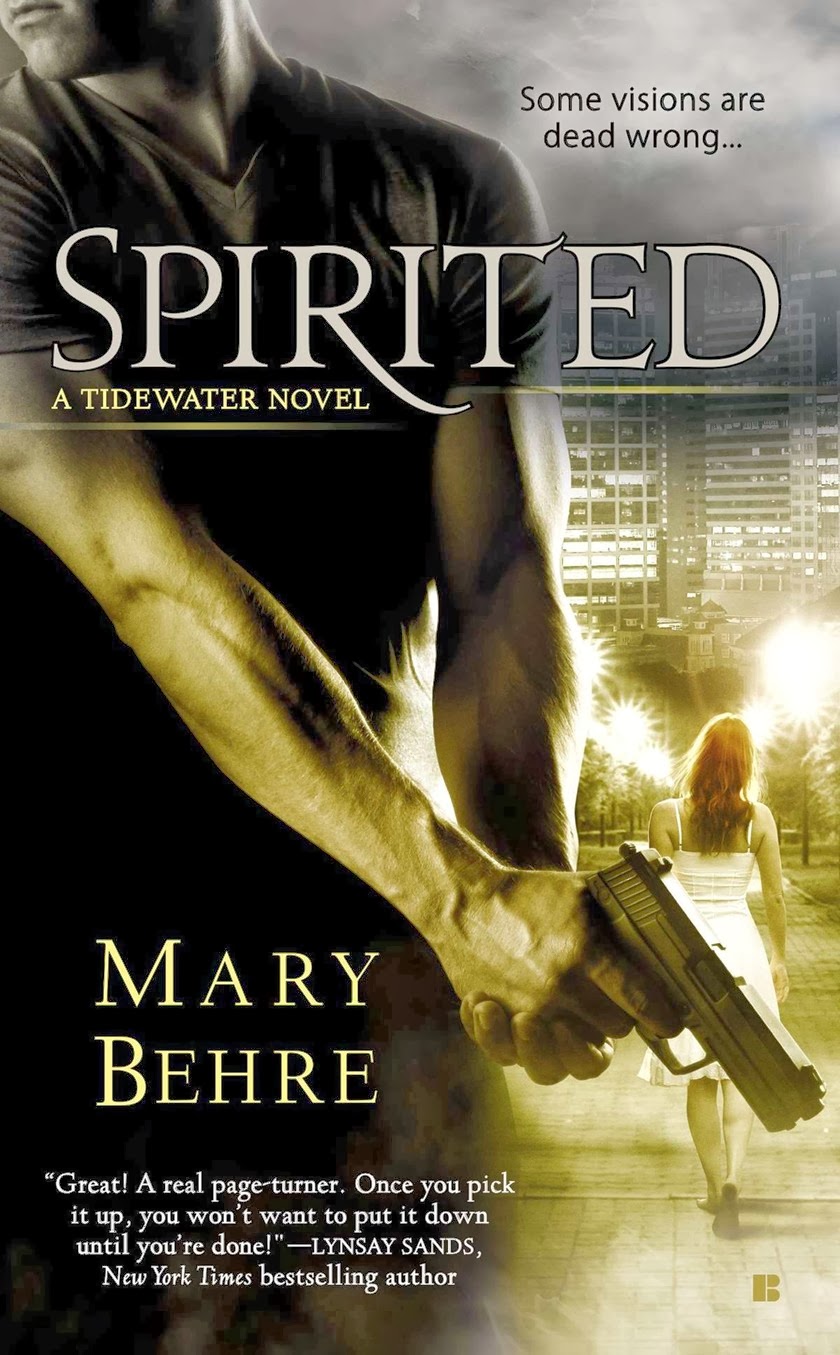 I love romantic suspense. And I love a good ghost story. So it was only natural for me to combine the
two in my debut paranormal romantic suspense, SPIRITED. When I sat down to draft my post for Just Romantic Suspense, I was stumped about what to talk about.  So I polled fellow writers.

The one topic that kept cropping up was, “Do you have a favorite ghost story?” So I thought and thought. See I love ghost stories. As a teen I swooned for Patrick Swayze in the movie Ghost. As an adult I was like most of America and had to watch The Sixth Sense twice because…wow, I did not see that ending coming. The Others made me jump as did The Woman in Black.

The one thing all these movies shared—other than the ghosts—was mystery. There something in each one that needed to be solved. I loved that.

The summer before my junior year of college, I was a tour guide for Point Lookout. Point Lookout is called the Most Haunted Lighthouse in the USA. It sits on a peninsula in Southern Maryland that juts into the Chesapeake Bay. From the tip, Virginia is easily visible. During the Civil War, Point Lookout was a northern prison camp for Confederate Soldiers. It was designed to house approximately two thousand prisoners, but some historians estimate that there were twenty thousand prisoners held there at one time.

One particularly hot day, I was giving a tour to a group of ten tourists. The tour wasn’t a haunted tour, but I did talk about a couple of the legends of Point Lookout. One particular legend was of a Confederate soldier walking the grounds. Over the years, many people claim to have seen a young man, gaunt and injured, wandering aimlessly through the field.  I’d barely finished telling the story when two teenaged boys pointed over my shoulder and asked, “Where’d he go?”

The entire group claimed they just seen someone dressed in a tattered gray uniform walk a few feet behind me and then disappear. I’m inclined to believe the really did see something. If it had been just the teens that had seen the specter, I’d have thought—and I did think, at first—that they were teasing. But the elderly patrons in the group were genuinely freaked out.

When I told the story to my housemates that night after shift, they smiled but quickly changed the conversation. It was clear they didn’t mind telling ghost stories for work when they didn’t think the ghosts were real. But my tale made them nearly as uncomfortable as the geriatric tourists.

So here I am, years later an author of a paranormal romantic suspense novel about a psychic who sees ghosts but really wishes she didn’t. Jules Scott, would rather have any ability in the world, except a paranormal one. She just wants a normal life, but the ghosts won’t leave her alone. One in particular needs Jules’s help to solve a murder.  SPIRITED is full of humor, suspense and a psychic love-connection.

So now it’s your turn. Do you believe in ghosts? If one came to you tomorrow asking for your help to solve a crime, would you give assistance or would you run away?

Giveaway:
One commenter will win a SPIRITED Prize Pack including an autographed copy of SPIRITED.  (Sorry, this contest is open to US residents only.)

BIO
Mary Behre is the lone female in a house full of males and the undisputed queen of her domain. She even has the glittery tiara to prove it. She loves stories with humor, ghosts, mysteries and above all else, a good romance. When not writing, she enjoys reading, gluten-free baking, and hanging out at the beach with the most important men in her life, her family.

Her debut paranormal romance, SPIRITED (Tidewater Novel #1) was an award-winning manuscript before it sold to Berkley Sensation. The Tidewater Series is mix of humor, suspense, and a psychic love-connection. The first three stories are about three sisters separated years before in the foster care system. As they search for love, each other, and a way to live with their psychic abilities, they’re tossed into the middle of mysteries that only their unique gifts can help solve.

She's running from who she is...

All Jules Scott wants is to live a normal, quiet life--preferably one that doesn't include ghosts. Jules's ability for communicating with the dead has brought her nothing but trouble. Despite her best efforts, needy spirits always find her and draw her into their otherworldly drama. When one implicates her in a series of deadly crimes, she may need to entrust her secrets to the person least likely to believe her...

He'll do whatever it takes to catch her.

Detective Seth English can't get distracted from the big case he's working on, not even by his alluring new neighbor. He doesn't believe that Jules had anything to do with the string of robberies-turned-murders that he's investigating, but when she keeps showing up in all the wrong places, his gut tells him she knows more than she's letting on. To solve his case, he'll need to expose what the sexy redhead is hiding--no matter how impossible the truth may be...

PRAISE FOR SPIRITED
“Spirited is an intriguing blend of romance, mystery and ghosts to keep you up late at night.”
New York Times bestseller Dianna Love

“Great! A real-page turner. Be prepared, once you sit down to read, you won’t want to get up until you’ve finished the book.” – NY Times and USA Today Bestselling author Lynsay Sands

“Rich with mystery, hot romance, and sneaky humor… No magic crystal ball is needed to foresee this writer is bursting with talent!” -  Games People Play and The Fifth Favor author Shelby Reed

Giveaway ends 11:59pm EST March 10th. Please supply your email in the post. You may use spaces or full text for security. (ex. jsmith at gmail dot com) If you do not wish to supply your email, or have trouble posting, please email maureen@JustRomanticSuspense.com with a subject title of JRS GIVEAWAY to be entered in the current giveaway. US residents only.