Who Loves a Good Conspiracy theory?

Congratulations to Brooke B., the winner of Trish's giveaway. Thank you to all who participated! 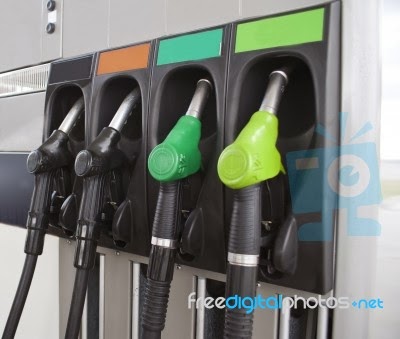 According to the new energy paradigm, there is an unlimited, environmentally friendly, non-toxic supply of energy all around us. It basically comes from the solar system and is unlimited and self-renewing. If we could tap into this energy source, it would replace every conceivable source of energy we currently consume. No need for oil, coal, electrical power, nuclear power, natural gas—every single item on earth that requires some kind of power could be run by this unlimited power source for a cost of next to nothing—once the apparatuses to access the energy had been developed.

Ah, but there’s the rub, because according to the Thrive conspiracy every  time scientists are close to making a breakthrough in the technology that would allow access to this vast energy source, they are shut down. Their labs dismantled. Their research confiscated. In some cases the scientist are mysterious murdered or commit suicide out of the blue. So just as the break through is imminent, their research conveniently disappears and other scientists are threatened and veer away from the field of study and the research into the new energy paradigm goes dormant. When someone eventually steps in to research the theory again, they have to start from scratch and once they have developed their technology to the point they are close to accessing the energy source, they are targeted and the entire pattern starts up again.

According to the THRIVE conspiracy, this pattern has been going on for decades.
In some nations government goon squads are behind the shut downs, in other countries mysterious men in black, in still others thugs or thieves or common vandals. But in every case the research disappears and the scientist working on the theory are discredited, intimidated into dropping the research or they suddenly and mysteriously die.

Thrive identifies the people who are behind this destruction of life and research as the shadowy cartel that basically runs the world. These people are the richest of the rich- the 85 individuals in the world who own 50% of the earth’s assets. They are the owners of the world’s banks, the major corporations, all the energy sources. They are the puppeteers behind every government or dictatorship —the men who run things behind a veil of secrecy.

Thrive believes that this cartel of powerful and dangerous men are so alarmed by the potential  of this research that they chance exposing their very existence by leaving the shadows to shut the research down.

The Thrive conspiracy has been thoroughly debunked, but there is some truth to some of their claims. The scientists they listed in the show did exist; there is video footage of their inventions developed to access this energy source. Their labs were shut down. One of the scientists mentioned was killed in a lab invasion.

Do I believe that this shadowy cartel exists and this absolute unlimited energy supply is all around us and just waiting for someone to develop the knowledge to tap into it?
It seems possible. I’m not saying it’s true, but it seems logical.

If you admit something is possible, then the what ifs start rolling in. What would happen if the richest in the world, the men who controlled the world through the supply of energy, suddenly found their services obsolete? What if nobody needed their energy anymore? What if the empires they’d developed faced toppling because of something that was available to everyone who needed it for a cost of next to nothing.

What if they faced not just losing their grip on the world, but the power that came with that tight fist.

I have no problem imagining the ruthless, powerful megalomaniacs behind the story arc in Forged in Fire, Forged in Ash, Forged in Smoke and Forged in Ember.

Ash released this past Tuesday and from the reviews rolling in, it doesn’t look like anyone else has a problem believing that Thrive’s new energy conspiracy could actually happen either.

But then again, maybe we all just love conspiracy theories.

Giveaway:
To celebrate Forged In Ash’s long awaited release, I’m giving away a trade paperback and ebook copy of both Forged in Fire and Forged in Ash. Everyone who enters is eligible, regardless of where you live. 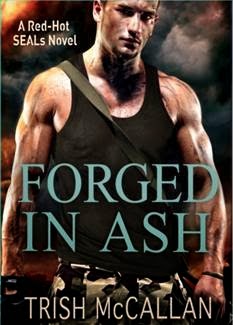 FORGED IN ASH (Book two in the Red-Hot SEALs series)

Kait Winchester inherited a special gift from her Arapaho ancestors: she can heal with her touch. And there is no one she would like to get her hands on more than the super-sexy SEAL who seems determined to ignore their off-the-charts chemistry. When the wounded warrior finally seeks her help, she’s ready to nurse him back to health…and into her bed.

Navy SEAL Lieutenant Marcus “Cosky” Simcosky is no stranger to hot water, but recent events have boiled over into one hell of a mess. His team is under investigation for a hostage rescue gone wrong, a crazy female stalker is on his trail, and the last few bullets he took just may sideline him for the rest of his career. The kicker? The one woman who can help him get back on his feet—and has haunted his fantasies for years—is his teammate’s sister. He’s looked but never touched. When his stalker targets Kait, though, Cosky will have no choice but to do whatever is necessary to keep her safe.

Giveaway ends 11:59pm EST Feb. 4th. Please supply your email in the post. You may use spaces or full text for security. (ex. jsmith at gmail dot com) If you do not wish to supply your email, or have trouble posting, please email maureen@JustRomanticSuspense.com with a subject title of JRS GIVEAWAY to be entered in the current giveaway.
Posted by Maureen A. Miller at 12:30:00 AM