Congratulations to Joyce M, Julie, Jonetta, Kimberly P, and Kim H, the winners in Tina's giveaway. Thank you to all who participated!

The Justiss Alliance, my new series with Random House/Loveswept, is my first where I’ve
showcased a group of men who share a common bond. In this case, it’s five Navy SEALs who are doubly bonded because they went on a covert mission that ultimately devastated their careers. Right after the mock hearing that ended their SEAL careers, they’re approached by the mysterious owner of a private agency that seeks justice outside the boundaries of the law. Most of them sign on right away, eager to get back to work—and to find purpose again.

What is it about series that feature groups or teams of men? As both reader and writer, I love the anticipation of eventually getting to intimately know each of the men I’m meeting as minor characters. In my Jaime Rush Offspring series, one of those characters surprised me by becoming a hero. I’d had no intention of giving Eric Aruda his own story. He was brusque, reckless, and, at first, not appealing to me. But as he grew through the first three books, I, along with my readers, became fascinated with what would happen to this bad boy (BURNING DARKNESS). 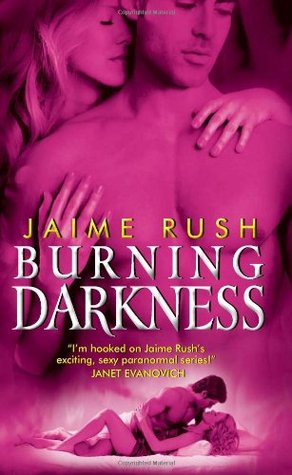 Like several of the readers I spoke with, Sara Grenier loves that she gets to keep up with the characters even after their story is told. “You don’t just read a book and never hear from them again. You still get to see how their life is playing out.” Nicole Smith expanded on that. “The thing I love most is you get to see how the relationships from the previous books are doing throughout the rest of the series.”

Carrie Marie loves the sense of the group being family, whether they’re blood related or not. I think she hits the nail on the head. We all love feeling a connection to others, and if we don’t have those strong real-life connections, we look for them in our fiction. Who has fantasized about marrying into a big, loving family if we don’t have that ourselves? At the core, it’s why young people get sucked into gangs or others get lost in cults. We all want to be loved and accepted, in a positive way, of course! Even if it comes with a good amount of ribbing and rivalry. Heck, especially if it does.

Suzanne Brockmann does a great job with this in her Troubleshooters series. Yes, they’re tough on each other, sometimes brutal, but you know that at the core of it, they care deeply about one another.

The popularity of that group or team dynamic is becoming evident in the many new series featuring them. It especially works well with romantic and paranormal romantic suspense. Nothing like some juicy danger to bring folks together, right?

READER QUESTION: What do you love about reading a series of connected characters? Or what don’t you like?

PRIZE:
Win one of 5 copies of WILD HEARTS, the intro to my Justiss Alliance series.

Giveaway ends 11:59pm EST Feb. 12th. Please supply your email in the post. You may use spaces or full text for security. (ex. jsmith at gmail dot com) If you do not wish to supply your email, or have trouble posting, please email maureen@JustRomanticSuspense.com with a subject title of JRS GIVEAWAY to be entered in the current giveaway.