Getting It Right vs Making It Interesting

Congratulations to "Cher'ley", the winner of Kate's giveaway. Thank you to all who participated!

Kasey Edwards, the heroine of Forewarning, is a physical therapist who employs alternative techniques when working on her patients. She’s learned how to manipulate energy to affect bodily systems and uses her skills to save the life of an injured man. The story is first and foremost a romantic mystery and is set on a horse ranch.

However, when I started submitting to writing contests and to agents, I was advised to classify it as a paranormal story. I had a hard time with that concept because to me, paranormal meant vampires, shapeshifters and such. An energy worker hardly fit in that category.

My other problem with that advice was that Kasey is based on real people who actually do the kind of work that she does, not fantasy figures. While most people aren’t yet familiar with these particular techniques, the knowledge and use of alternative modalities is growing exponentially. Complementary (a more accurate term) medicine is becoming accepted by more and more people. There are even Integrative Medicine departments at major medical schools and clinics, where physicians learn to integrate these techniques with their traditional practices. So while Kasey skills are a little woo-woo, they definitely are not fantasy.

Initially, I wanted to be as accurate as I could, but I found, like many authors before me, that real life doesn’t always make for a good story. So in a couple of instances I took some literary license, but mostly I remained true to reality. The excerpt below describes something I have seen many times. 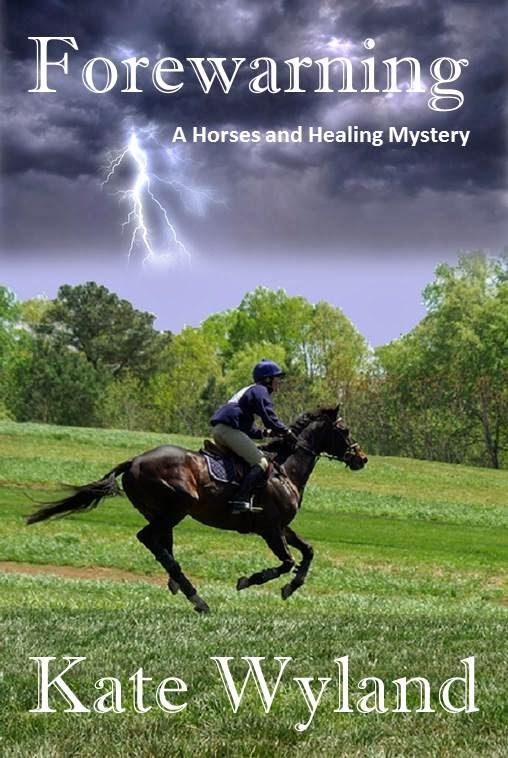 But first the blurb:

Grieving and guilt-stricken after her husband’s suicide, Kasey Martin has closed her energetic healing practice and retreated to her Oregon horse ranch. One night, she rescues a badly injured man, and against her better judgment, uses her neglected skills to save his life. This starts her on an unexpected journey of healing and danger.

Complicating her life is Jim Bradley, an old friend who has long been in love with her and wants her to return to her work. When criminals looking for her patient invade the serenity of her world, she must use her skills to save all three of their lives.

Excerpt:
TJ watched while Kasey placed one hand on the mare’s spine and another low on her left hip. She kept them there for almost ten minutes while talking softly to the horse and Ben. As far as TJ could see, she was doing nothing more than lightly touching the horse.

All of a sudden, Doll let out a big sigh and visibly relaxed, dropping her head low and almost closing her eyes. Kasey stepped away, and tension seemed to flow out of her as well. A few moments later, with a much calmer expression, she moved back to the horse. She continued to hold her hands in different spots for varying amounts of time, changing their position after Doll sighed or yawned. Obviously, something was happening, but TJ had no idea what.

At one point Doll swung her head around and touched her ribs, just behind her front legs. Kasey nodded. “I know,” she said, and kept on with what she was doing. A few minutes later Doll twisted around again and touched her side a couple more times. Kasey smiled and responded. “I’ll get to it. I know it hurts. I need to take care of this first.”

TJ widened his eyes in disbelief. The horse is telling her where it hurts? At that point, he almost left in disgust to go back to the house, but hesitated when he saw how seriously Ben and Billy were watching. Pushing down his skepticism, he decided to wait and see how her treatment played out.

A while later Kasey finally switched her attention to the area Doll had touched. The mare bobbed her head up and down a couple of times, then let it hang in total relaxation. After spending a good ten minutes working on the area, Kasey stepped back.

TJ stared in amazement as a very different horse walked out of the barn. Instead of limping, Doll walked along and gazed at her surroundings with interest.

Giveaway:
I will be giving away an ebook copy of Forewarning to one person who comments and leaves an email address.

Bio:
Kate Wyland is a life-long horse nut who started riding at three years old and can’t imagine life without them. She’s taken part in a great variety of equestrian activities but her greatest loves are dressage and trail riding in the mountains. A few years ago, she exchanged her tech writing hat for a fiction writing Stetson. Suspense, romance, horses and sometimes the paranormal are the themes she likes to explore in her books. And she delights in sharing her love of animals and country living.


Giveaway ends 11:59pm EST Jan. 17th. Please supply your email in the post. You may use spaces or full text for security. (ex. jsmith at gmail dot com) If you do not wish to supply your email, or have trouble posting, please email maureen@JustRomanticSuspense.com with a subject title of JRS GIVEAWAY to be entered in the current giveaway.
Posted by Maureen A. Miller at 12:30:00 AM