Congratulations to "Mary P." the winner of Shannon's giveaway. Thank you to all who participated!

I have always been fascinated by crime – and the thought processes behind it. Why would a person do something so cruel/evil/violent? What goes on in his/her mind that gives them such a twisted psyche? 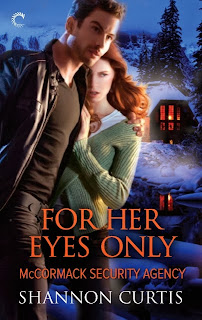 So when I learned of couples in crime, I was hooked – double the dysfunction. Usually when a person behaves outside the boundaries of reasonable, acceptable behaviour, we’re shocked and appalled, and we express that. With that expression comes a realisation for the perpetrator (at least early on) that the behaviour they exhibited is socially unacceptable, and they learn to hide it.

For a couple, though, you have one twisted personality that finds a partner in crime – someone who not only appreciates or approves, but is prepared to aid and abet. For me, that’s like…looking for Waldo at a candy striper convention. The statistics of finding that one perfect mate who will a) not rat you out to the authorities and b) not only protect you but want to get involved in your psychotic plots is both incredibly high and incredibly rare – and yet it does happen.

I saw the movie, Natural Born Killers, as part of a late night movie marathon at the cinemas when I was a teen, and I have to say I was terrified, yet fascinated (of course, Scream also terrified me, so make of that what you will). The notion that not one, but TWO people could love each other so devotedly, and love killing others so casually, was disturbing – and I wanted to know more.

Well, I discovered the movie was based on a true story (yeah, for me that’s like permanent nightmare city).  Caril Fugate and Charles Starkweather seemed to be an ill-matched couple, and yet each was drawn to the darker side of the other – and each seemed to worship the other. After killing Caril Fugate’s stepfather, mother and toddler sister, a family friend and two teens who unfortunately stopped to help the murdering couple with their stranded car, Caril and her boyfriend Charles both went on a deadly road trip, killing another eleven people.

How on earth did this couple hook up? What made them do the things they did? It was these questions that inspired my latest novel, For Her Eyes Only, the third book in my McCormack Security Agency series. I’d like to say this story is about couples learning to communicate effectively, learning to appreciate the other, and to, in some cases, forgive, and in other cases move on to a relationship that is deeper and more fulfilling. In reality, though, it’s about a couple getting their slash-happy crazies on, an undercover couple who annoy the hell out of each other, and a double date that’s a real killer.

For Her Eyes Only

Don’t let them see your fear.

They’d passed his psych evaluation with flying colors. They’d made all the appropriate responses in order to be approved, despite his probing. He should have known, though. Should have seen past their pleasant façade, just as he’d seen underneath their skin and muscle as he’d carefully, meticulously rearranged their features so that they were now unrecognizable to their own mothers.

Any person who wanted a total facial reconstruction, when their own face was without injury or defect, obviously needed some form of therapy.

Or else they had something to hide.

Dr. Kruger took his seat behind his desk, and gestured for his patients to take theirs.

He listened as they described what sounded like a perfect recovery. He examined their faint scars, gently prodded their faces for tone and elasticity over the newly modeled cheekbones, chin, and eyebrow ridge. The incisions he’d made in their upper and lower eyelids for the blepharoplasty were virtually invisible. The implants he’d inserted into the cheekbones were well placed, and the chin re-shaping had healed well. He’d trimmed excess fat from their neck and targeted facial area to improve overall contouring, and the rhinoplasty he’d performed on each patient had drastically changed their appearance, as he’d advised them it would. Each surgery had been performed with two objectives: maximize alteration in their appearance, and do so with minimal scarring. He’d succeeded on both counts, using the natural creases and folds or inside the nose and mouth for his incisions.

He wished he could take satisfaction in a job well done—and it was, of course. He wouldn’t work any other way, but…still. These patients unsettled him. He’d worked with many patients—burns victims, car crash survivors, those suffering with hideous deformities and conditions, as well as those with too much money and a dissatisfaction with their nose or cup size—yet never in his thirty-three years of practice had he ever considered a patient a freak.

Now he had two.

Giveaway:
My freakout movie for menacing couples was Natural Born Killers. Tell me what yours is! Each comment goes into the draw to win a copy of ‘For Her Eyes Only’!

Or, if you don’t like to wait, you can buy a copy here:

Thanks so much for visiting with me! For more information on me, or my books, find me here:

Giveaway ends 11:59pm EST Nov. 13th. Please supply your email in the post. You may use spaces or full text for security. (ex. jsmith at gmail dot com) If you do not wish to supply your email, or have trouble posting, please email maureen@JustRomanticSuspense.com with a subject title of JRS GIVEAWAY to be entered in the current giveaway.