MY FAVORITE KIND OF VILLAIN

Congratulations to "Colleen C." the winner of Angi's giveaway. Thank you to all who participated.

What makes a good villain? Or maybe I should ask… WHAT KIND OF VILLAIN SCARES YOU?

Way back in 1980 (yes, I was barely born, snort) there was a movie: THE CHANGLING with George C. Scott. It's a ghost story (okay officially classified as horror). The unseen force in this film was scarier than any fictional murderer. I was compelled… What? Why? How? I still talk about it as one of my favorite films. (It might be outdated and I'm certain other films have done the subject justice…remember it was 1980.)

I've never been a fan of "slasher" movies. It always seems to me that the ones being murdered set themselves up, never seek true protection, etc. I mean, let's get real, if I'm in a cabin in the woods and there's a maniac with a hatchet killing people…I am NOT (repeat NOT) going to leave to look for him. We have a term in the writing world: the character is too stupid to live. The unseen villain always scares me more. Ghosts. Water. Space. Fire. A villain who manipulates, teases, and ultimately who's smart--not just killing because he has a hatchet.

Again, back in 1980…I read a book by Stephen King: THE SHINING.
I don't read too much horror. Maybe because the written word sticks with me even longer than a movie. I remember reading that book, alone at night, ALL night. As the book got scarier, I placed my back against the headboard and pulled pillows up around me. I can still draw on that feeling today. Thinking about it makes my eyes water, my spine tingle, I shiver a little. The movie didn't disappoint me either. 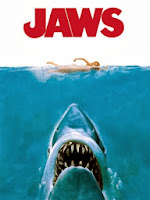 NATURE--the uncontrollable villain who has no motive. What's scarier than that? I saw JAWS in 1975 and couldn't sleep without looking under the bed. WHITE SQUALL was "a box office disappointment" in 1996. Starring Jeff Bridges and directed by Ridley Scott. I must be one of the few people who found it so scary I couldn't watch it again. It took me a while to determine why. Of course…I have an unnatural fear of being underwater. So now I know that kind of film will scare the bejeebers out of me every time. I highly recommend THE IMPOSSIBLE (2012 Ewan McGregor & Naomi Watts)--the true story of the Belon Family. I felt like my abs had a two-hour workout by the end of the movie because I was so tense. Monday night we're going to see GRAVITY. A new film with Clooney & Bullock where just the trailers make me shake in my boots.

The villains I write tend to be more manipulative, out to get something they desire. They tend to have an ulterior motive. I'm going to have to branch out one day soon and write a killer. But for now…I'll use nature as the unpredictable second villain as often as I can. In my January release, THE MARINE'S LAST DEFENSE, the hero and heroine are battling a "Texas White Out" near the Panhandle. I hope you'll catch me next month for a chance at an early copy.
~ ~ ~
Angi Morgan writes “Intrigues where honor and danger collide with love.” She combines actual Texas settings with characters who are in realistic and dangerous situations. Angi's work has been a finalist in the Bookseller’s Best Award, Romantic Times Best First Series, Gayle Wilson Award of Excellence and the Daphne du Maurier.
~ ~ ~
FIND ANGI
Website   Facebook   FB Fan Page   Twitter @AngiMorganAuthr
A Picture A Day   Goodreads   Pintrest  Book Trailers on YouTube
~ ~ ~ 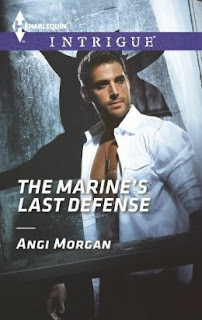 WHICH DO YOU LIKE BEST… PSYCHOLOGICAL VILLANS or VILLIANS YOU WANT TO WIN?  THRILLER SCARY or GHOST SCARY?

Giveaway ends 11:59pm EST October 7th. Please supply your email in the post. You may use spaces or full text for security. (ex. jsmith at gmail dot com) If you do not wish to supply your email, or have trouble posting, please email maureen@justromanticsuspense.com with a subject title of JRS GIVEAWAY to be entered in the current giveaway.
Posted by Maureen A. Miller at 12:30:00 AM