I Don't Live Life On The Edge

Congratulations to "Sue P.", the winner of Lynn's giveaway. Thank you to all who participated.

I don't live life on the edge. My bar is set pretty low for adrenalin fixes. No need to take me rock climbing up the face of a cliff, a simple hike on paths will do. I'll pass on skydiving, too. Give me a dramatic thunderstorm with thunder and lightning booming and flashing, strong winds tossing tree limbs about, and hard rain beating down and I'm exhilarated.

It's a different story for characters in my stories. I put them at the edge of physical danger, the kind that could end their lives. Being kidnapped, shot at, and knocked unconscious is just another day in the lives of heroes and heroines in my romantic suspenses. But the hard stuff I put them through is actually the emotional stuff, the crises of beliefs and challenges to patterns that have brought them to where they are in the story.I give them tough moments in which they are slammed up against the pain that has shaped their choices and they're forced to face their inner wounds or go on as they always have. These moments are life's way of offering opportunity for peace and happiness. That there is pain to embrace is why, as Clive Owen said in the movie The International, "Sometimes you find your destiny on the road you took to avoid it." These moments are where characters discover that their road to happiness requires processing the pain or settling for the same old same old in an illusion of safety and control. My characters are good at taking on serious danger, but very human in pushing away risks that seem to threaten to put them in a position of vulnerability similar to what they survived in their past by going numb or putting up walls of protection. 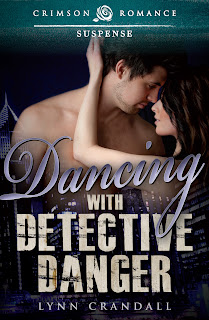 The danger inherent in a romantic suspense is appealing to me to read because I like fast-paced action. But it's a nail-biting, intense experience for me, too, 'cause I'm not so sure the characters are going to survive. That same danger is a thrill to me to write. As a writer, I know my characters are going to conquer the bad guys and I'm right there with them. But going through their emotional growth moves me, and I'm super stoked to learn, as a pantser, how they achieve that growth. To me, a fascinating aspect of the human experience is that we have the ability to stand face to face with the wounds of the past and realize, in the throes of sorrow and pain, that things are different now. Eyes open and a different path is possible.

Capable of taking down gunmen and thugs, my characters also are up to the task of making the most of second chances. I know they'll not only survive, they'll become better, more whole individuals…and of course live happily ever after.

Here's an excerpt from Dancing with Detective Danger in which hero Ben Kirby and heroine Sterling Aegar wrestle with emotional pain that is an obstacle to their relationship.

Ben dropped his hands to his sides and stepped off the elevator. Thoughtfully, he rubbed his thumb against his chin. The rasping of his thick beard stubble sounded crisply inside Sterling’s head, drawing her in like a bee to honey.
“We found Jerry’s fingerprints on a glass in the bathroom,” he said, eyeing her as she stepped out into the night.
Sterling cleared her throat. “So they were enjoying a little early morning tryst. That would explain why there was no sign of forced entry and why the dog didn’t attack the killer. The dog must have known the killer. It seems pretty open and shut, huh?”
“Maybe,” hedged Ben. “Maybe a little too neat?”
“Yeah. But then, what’s wrong with neat?”
“Well, here’s my car,” she said, stepping several feet away from Ben. Sterling pointed her remote key toward her car and put her hand on the door handle. Her hands still trembled, despite her efforts to calm herself. Nervously, she glanced over her shoulder and saw Ben standing on the other side of the lot.
“You know, it seems like you’re always walking away from me,” he said, his voice low.
Instantly, Sterling pivoted. “Don’t do that.” She faced him with as much composure as she could muster.
“Don’t do what?” A few succinct broad strides and he closed the distance between them.
“Don’t keep referring to the past.”
“I can’t help it, Sterling. Maybe that’s because what we shared isn’t really in the past.”
Standing close, he looked down at her with such sorrow, she wished she could reach out and hold him, tell him everything would be the way he wanted it. With strong emotions seething just under her skin, it would be so easy to tell him things could be the way they used to be.
Instead, she backed away.

Giveaway!
Romantic suspenses are filled with intrigue. What do you enjoy most, the danger to characters' lives or the internal struggles they face? Why? Leave a comment to be eligible for a copy of Dancing with Detective Danger in your preferred format and a $10 Starbucks gift card.

Find Dancing with Detective Danger in print and e-book at Amazon http://amzn.to/12E5gMk and Barnes & Noble http://bit.ly/13N954z

Giveaway ends 11:59pm EST Aug. 4th. Please supply your email in the post. You may use spaces or full text for security. (ex. jsmith at gmail dot com) If you do not wish to supply your email, or have trouble posting, please email maureen@justromanticsuspense.com with a subject title of JRS GIVEAWAY to be entered in the current giveaway.
Posted by Maureen A. Miller at 12:30:00 AM