What's In A Code?

Congratulations to "Karen C", the winner in Daco's giveaway. Thank you to all who participated!

A code is nothing more, nothing less than an encrypted message. It’s another way of arranging letters and sorting numbers that shortens or hides the meaning behind a message: written or spoken. Why a message is concocted is quite different matter.

Let’s take a look at the meat of a code:

If the ANATOMY of a code is made up of a combination of:

Then the FUNCTIONALITY of a code is used for:

That’s the fun stuff. SPY LINGO  Who doesn’t enjoy a good James Bond movie! Bond, James Bond, 007. Or Tom Cruise in a Mission Impossible. Ever hear of the television show Mission Impossible? Where the mission is delivered through a tape recording that self-destructs once the message is played, but not without giving the operative a nice send-off: good luck, you’re on your own if anything goes wrong. Tune into uTube and check out a classic
if you missed it. The show aired in the 60s and 70s and won loads of Emmys so it’s worth a venture down memory lane. But truly, is it any wonder why spy thrillers, books, movies, and television shows alike have always been so popular? It all boils down to one iddy-biddy fascination.

Secrets. Who doesn’t love a secret?


It doesn’t take a lot of muscle upstairs to understand why we use codes, and especially why our government agencies encrypt their messages. It’s called National Security. We can’t tell the enemy what we’re doing and expect to beat them at the game, whether we’re in the middle of a war or sneaking around the outskirts of a cold war. Let’s face it; sometimes we don’t even want our allies and friends to know what’s up. And in my novel, THE LIBRA AFFAIR, we definitely don’t want anyone to know the reason why we’re sneaking around in Iran.

Let’s go beyond the pragmatic and get back to spy lingo. 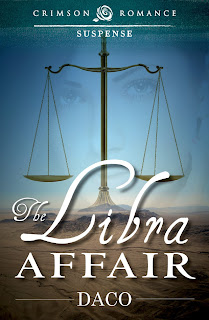 When I envisioned the idea for writing THE LIBRA AFFAIR, a story where unwitting players are drawn into a political quagmire so that allies can be rearranged to create a more economically balanced world, the title not only matched the theme—balance—but also served as the code name for the heroine’s directive: Launch Libra, an ICBM buried in a remote desert of Iran.

What made writing this book fun was creating the spy lingo used by the secret agents. In Libra, special messages are cloaked in astrological terms and phrases. Here’s an example where the heroine, Jordan Jakes, casually “codes” in her foreign contact at a magazine stand in the middle of Tehran airport:

Jordan looked the man straight in the eye. “Do you read the coffee grounds?”

“Of course. Fortunes, horoscopes, whatever your pleasure.”

While that snippet was paired down from the actual book, wasn’t the scene fun? Didn’t you feel like you were right there with the secret in hand? If the guy hadn’t said it was a good day to be a Libra, Jordan might have been forced to take him out cold.

My favorite one-liner in the book using spy lingo occurs when Jordan phones her boss to warn him of impending trouble. Here’s what she says:

“Look, someone dropped a Mars in my solar system, but I death-kicked the planet out of orbit.”

Clearly, somebody was in the wrong place at the wrong time. Personally, I wouldn’t be surprised if a real agent walked up beside me in a crowded room and said, hey, we’ve use that one before.

Codes are fun, fascinating, and intrigue us to keep turning pages. Still, we can’t think of codes without shades of Dan Brown’s Da Vinci Code trickling into our thoughts. Think about it, what is it that keeps the characters moving the plot forward in that story? Solving the puzzle of the cipher. Figuring out the secret. Because if they don’t, a large chunk of the world is going to spiral down into one giant cataclysmic ball of fire.

But codes aren’t just the preoccupation of fantasy and espionage; codes can be as simple as two girlfriends or even couple sitting across the room from each other, giving the other one the look. No words needed to understand that. Or how about keeping up with the teenagers of today? Ever listen to how they turn of phrase? Or make a secret handshake? Try decoding some of that!

What’s in a code is simple: a message. Understanding the message is another matter altogether.

As a closing remark, here’s an inside on my own name: Daco. When my mother graciously allowed my father the opportunity to name his second child, he jumped at the chance. Little did she know the name he came up with, Daco, pronounced with a soft “a” and long “o”, which sounds French, turned out to be scientifically based in a physics formula: The derivative (D) of acceleration (A) at the speed of light in cm per second (C) is equal to zero (0), where C is the same in E=mc2. The long and short of it is there’s no change of acceleration at the speed of light, the speed of light is the fastest rate of speed we know of, now at least; so in essence, my father named me the speed of light. How’s that for a name with hidden meaning!

What’s in a code for you?

Daco will giving away a digital copy of THE LIBRA AFFAIR to one lucky commenter!

Nothing can stand in the way of Jordan Jakes launching a missile in a remote desert of Iran. Not even Ben Johnson, the NASA scientist she’s targeted. Against all odds, Ben follows Jordan, placing not only the mission at risk, but also the fate of the world. Everything hinges on the strength of their love.

Available at Amazon, Barnes and Noble, and all major eBook retailers.


Author Bio:
Daco was born at the Bethesda Naval Hospital in Maryland and raised in Wernher von Braun’s Rocket City of Huntsville, Alabama. She holds a B.A. and M.A.S. from The University of Alabama in Huntsville and a J.D. from Samford’s Cumberland School of Law. When not practicing law or encouraging her children to become scientists, she spends her time writing novels.

On the Bookshelf:
Currently reading: The Affair by Lee Child
A few waiting on the shelf: Angelology by Danielle Trussoni; The Anatomist’s Wife by Anna Lee Huber; Snow Days by Jenny Milchman

Giveaway ends 11:59pm EST April 7th. Please supply your email in the post. You may use spaces or full text for security. (ex. jsmith at gmail dot com) If you do not wish to supply your email, or have trouble posting, please email maureen@justromanticsuspense.com with a subject title of JRS GIVEAWAY to be entered in the current giveaway.