What is a Legend

Congratulations to "Brenda R", the winner of KJ's giveaway. Thank you to all who participated!

A legend, at least in my belief, is a representation of a historical event. One of the more important elements of a legend is that, at its core, the events recorded in the narrative are within in the realm of the possible. 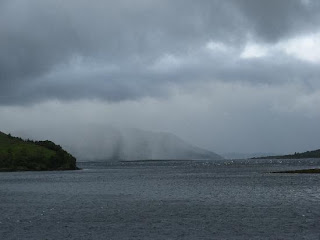 Legends from far back in human history had been sent forward into the future by various means. The farther back in time we venture, we find that the narratives had passed down through oral recitation. This method raises two issues. How far back in time do the origins go and how much has the oral tradition changed or morphed from the original source?
At the point in time when legends were converted to a written format, essentially freezing them in place, we can trace any changes going forward. But much like the childhood game of “Telephone,” we can surmise that the original story was probably quite different. Add to that the issue of language evolution and our modern-day interpretations can be quite different from the accepted meaning at the time of the legends were captured in written format and thus from their remote origins. 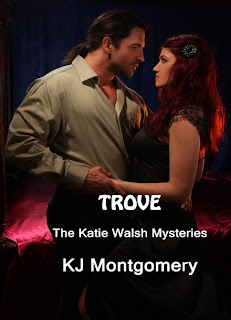 The Celtic and Norse civilizations are rich in legends and mythic tales of super beings and their interactions with mortals. Though not as well-known as the Greek myths, they are every bit, if not more intriguing. The basis of “The Katie Walsh Mysteries” will introduce readers to the Celtic and Norse legends and weave them into connected adventures that will tie their meanings to current events.
It all starts here! Get to know Katie Walsh and her colleagues in Trove, and then get ready for the second of "The Katie Walsh Mysteries," when the "Legends come to Light."
TROVE

Katie Walsh is an investigative mythologist seeking clues that could lead her into the very distant past and uncover the secrets of the mythic Norland. Alec MacGowan is an archaeologist searching for clues in the recent past in an attempt to bring a murderer to justice.
Anonymous lovers five years before, they’re re-united as their worlds collide when they are thrown together to decipher the murdered man’s notes and identify his killer. As the quest unfolds, they are forced to deal with their simmering attraction and hidden secrets.
Can they uncover the secret hidden in the murdered man’s notes before the killer finds them? And can they open their hearts to each other before it’s too late?

Follow Katie and Alec as they search for clues in their race to uncover secrets from the long past and their past while staying out of the killer’s cross-hairs.

Series Overview
My series, The Katie Walsh Mysteries, starts with the novel, Trove. Trove introduces the reader to the characters that will be featured throughout the series. In this book, we meet the heroine, Katie Walsh and the hero, Alec MacGowan.

Five years ago, they hooked up for one night, keeping it completely anonymous by not exchanging names or any personal information. Jump forward to the present day, the two are re-united in an effort to bring a murderer out of the shadows. But there’s much more going on than just the search for the murderer.

Katie is an investigative mythologist searching for physical proof that there were survivors of the destruction of Atlantis and that they established settlements across the globe. She believes the ancient Celtic and Norse myths were written about, and refer to them. She is seeking to peel back the legends to get to the true, original meanings.

In Trove, we journey with her and Alec as their seemingly unrelated quests collide and send them on a journey to the Isle of Skye. Here, they each will find answers, but will lead to more questions.

In the second book in the series, currently titled “Harbinger” (though this is subject to change), they will unravel the Celtic legend of the Green Man and mistakenly unleash the Atlanteans and discover that they are not the romanticized people that we’ve made them out to be.

In “Harbinger,” Alec and Katie’s love will be tested by outside forces. The question will be, are they strong enough to survive the challenges or will the danger prove too much for them?
Look for “Harbinger” in the Summer of 2013! In the meantime, get acquainted with the crew in “Trove”. It all starts with “Trove.”

Trove is available in Kindle format and print. Look for other versions in mid-June 2013.
Available at Amazon:
Kindle       Print
Barnes and Noble
KJ Montgomery will be giving away a signed print version of Trove.

Giveaway ends 11:59pm EST April 14th. Please supply your email in the post. You may use spaces or full text for security. (ex. jsmith at gmail dot com) If you do not wish to supply your email, or have trouble posting, please email maureen@justromanticsuspense.com with a subject title of JRS GIVEAWAY to be entered in the current giveaway. US and CANADA postal addresses only.