What is the Witness Protection Program Anyway?

Congratulations to "Tammy Y", the winner in Lena's Giveaway. Thank you to all who participated! My first Harlequin Intrigue book, THE MARSHAL’S WITNESS, is about a woman in the Witness Protection Program who has to go on the run with her U.S. Marshal protector when someone leaks her new identity.

The first thing I discovered while researching this story is that there is no such thing as the ‘Witness Protection Program’. The official name is the ‘Witness Security Program’, or WitSec. But most readers have only heard of Witness Protection, probably because of movies. So how could I be true to the facts, but not make readers who only know the movie version come along for the ride and trust my research?

My solution was to show a conversation between the hero and heroine where he uses the correct name and she uses the one most readers are familiar with. I juxtapose fact and myth, maintaining my credibility as an author, showing I did my homework!

The second thing I discovered about WitSec is that there really is precious little written information about this program, by design. The Justice Department has done an incredible job keeping the details secret, which perhaps explains why no one in WitSec has ever been killed by the enemies they testified against. It’s only when WitSec witnesses leave the program that they have been killed.That’s a truly amazing fact and speaks to the intelligence and abilities of the people behind this program.

Why would anyone leave WitSec? Or better yet, why would they even go into WitSec in the first place when they have to leave behind everything and everyone familiar in their lives, never to see them again? Those types of questions were what I wanted to know when I was researching this story. 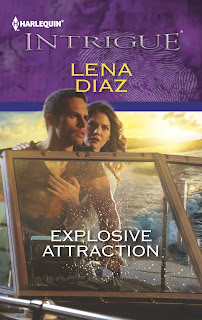 The best resource I found is a book written by journalist Pete Earley, with input from the founder of the program, Gerald Shur. The book is called WitSec: Inside the Federal Witness Protection Program. It’s a hefty 450 pages chalk full of emotional details from actual witnesses in the program. Reading this book didn’t give me a whole lot of WitSec facts - because most of those facts are still secret - but it gave me enough to run with the story and put my own twist on it. But more than that, it gave me a glimpse into the emotional turmoil these people and their families go through when confronted with the prospect of testifying against someone and then having to go into hiding for the rest of their lives.

I hope my readers will feel the same emotions while reading this story that I felt when reading the WitSec book. That was my goal!Below is a brief excerpt from the beginning of THE MARSHAL’S WITNESS:

One juror. That's all it had taken to set a murderer free.

Jessica Delaney flattened her hands against the conference-room window of the White Plains Federal courthouse, watching the mockery playing out two stories below.

Mistrial. The word left a bitter taste in her mouth. What would that juror have done if his friend had been brutally murdered in front of him? Or if his life had become the nightmare Jessica's had become, living in fear that her former boss would discover where the government was keeping her during the year-long trial?
She'd been foolish to think her testimony could make a difference, that a twenty-eight year-old accountant could put the head of the most powerful crime family in New York away, when others had tried and failed before her. She'd given up everything—her home, her friends, her job—to become the government's star witness. For what? DeGaullo was free, and she was about to go into hiding.
For the rest of her life.
Her hands tightened into fists as Richard DeGaullo waded through the crowd of reporters, smiling and waving like a foreign dignitary instead of a man who'd viciously executed a young mother, leaving two small children behind to mourn her death.
He jogged down the steps, his perfectly pressed suit jacket flapping in the wind as the first fat raindrops from an afternoon storm splattered against Jessica's window. Freedom waited for DeGaullo in the form of a black stretch limo snugged up against the curb.
The driver opened the rear door. Jessica sucked in her breath when DeGaullo turned and looked up, as if he knew she was watching. He raised his hand in a jaunty salute, flashed a cocky grin, then slid inside the car.
A loud knock sounded behind Jessica, making her start in surprise. She turned around to see a man she didn't know, standing in the open doorway. The briefcase he held looked like a child's toy in his large hand, and the top of his head barely cleared the door frame.
I hope you’ll give THE MARSHAL’S WITNESS a try. I’m going to give one free copy to a commenter on this blog post. Just tell me your opinion of WitSec. Do you think it’s a good program, because the witnesses put some of the worst criminals out there behind bars? Or do you think the program is flawed, because most of the witnesses in the program are criminals themselves who are being given a clean slate, a new life, in exchange for their testimony?

Giveaway ends 11:59pm EST Feb. 2nd. Please supply your email in the post. You may use spaces or full text for security. (ex. jsmith at gmail dot com) If you do not wish to supply your email, or have trouble posting, please email maureen@justromanticsuspense.com with a subject title of JRS GIVEAWAY to be entered in the current giveaway.
Posted by Maureen A. Miller at 12:30:00 AM