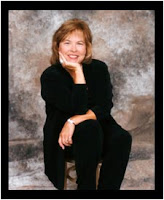 Congratulations to "Amy R", the winner in Cindy's giveaway. Thank you to all who participated!

1.) As per the nature of this site (JUST ROMANTIC SUSPENSE), I have to ask what draws you to this particular genre.

Authors like Nora Roberts and Lee Child and Linda Howard have always been on my TRB shelf.  I love a good suspense.  Add romance to the mix and it’s a perfect reading combo and, I’ve found, writing combo for me.  I wrote contemporary romance for years and loved it but the suspense element called to me eventually and it turned out to be a good fit.

2.) You have traveled to many exotic destinations. Do you draw upon those travels often in your books?

I have not traveled as extensively as I’d like to – there are these things called deadlines that keep me in my office most of the time LOL.  And the truth is, I’ve yet to set a book in a local that I’ve visited outside of the country.  That doesn’t mean that I don’t plan to someday, but for now all the books I’ve set in places like Peru, Argentina, Sri Lanka, Sierra Leone and all those other places, have been researched on line.

3.) Do any of your travels or methods of research put you in any danger?

Well, when I zip lined over a tropical forest (upside down, I might add) in New Zealand, white water rafted the Grand Canyon, jumped off a 40 foot cliff into the Colorado River, rode a camel in Morocco, let a snake charmer drape his snake around my shoulders, and a few other assorted stunts in what I look back on as temporary lapses in sanity, I absolutely felt that I was in danger. :o)

4.) Tell us about the One-Eyed Jacks Series. What inspired you to go 'edgier'? 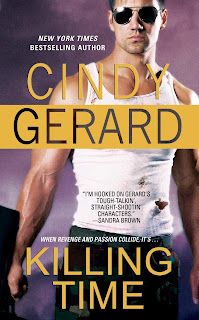 I am so looking forward to the publication of this series. The One Eyed Jacks (a multi-branch military task force formed in 2002 and disbanded in 2005) got their nick name because of the uniqueness of their experimental unit, their tight camaraderie, their slightly reckless reputation, their favorite downtime/pastime of high stakes poker and because each of them made a pact to always carry a One Eyed Jack playing card (either a Jack of hearts or a Jack of spades) as their lucky charm and a sign of unity.
Today, only three men of the original detail are still alive – Mike Brown, Bobby Taggart, Jamie Cooper.  On their last mission in Afghanistan, all three were dealt a losing hand and now share one common bond:  The military that they proudly served had cut them loose eight years ago with a ‘less than honorable’ discharge when their team led a covert operation that went south and the powers that be laid the blame squarely on their shoulders.

Now Brown, Taggart and Cooper lead separate lives in separate countries, have all dropped out of ‘normal society’ and not only live with the lie that led to their military separation but with the weight of the deaths of both their task force team members and several innocent civilians haunting them.

For these three men, life is now all about getting by, about forgetting the past, dealing with the anger and coping with the hand they’ve been dealt.  None of them intend to break the status quo – until a mysterious woman confronts and forces Brown to ask questions about what really happened in Afghanistan and how those events played into a current national security threat.  She dangles bait Brown can’t resist – the means to clear his name, deliver justice and expose the master mind behind the death of his teammates and his own downfall.

5.) Which four-legged companion is most often by your side as you write?

My critters are a fickle lot. LOL  Some days, my little tuxedo cat, Sly, insists on stretching himself across my desk, right in front of my computer screen.  Other days, Buddy, the yellow cat, has to be either on my lap, or lounging ½ on my desk and half on the window sill. Then another day Margaret, the Brittany spaniel will curl up on the loveseat near me.  Some days, all 3 of them are competing for attention.

GIVEAWAY
Cindy is giving away a signed paperback of LAST MAN STANDING to one person leaving a comment, a question, an email, or a 4-legged critter tale!

There is also a Grand Prize drawing of a $25.00 Gift Card (Amazon or B&N) and an autographed copy of KILLING TIME for one lucky winner that follows the tour and leaves a comment at every stop. 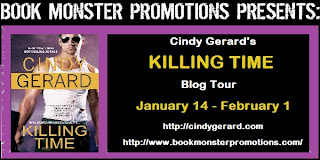 BIO
The only thing Cindy had in mind when she started writing her first book was finishing it. The issue of actually selling it came much later. Only after she made that life-altering first sale did she realize that one book would never be enough. Now, over 20 books and numerous awards later, Cindy laughingly admits that she can barely remember life before...well, was there life before writing?

Actually, yes there was, and still is. A professional career woman, Cindy is a trainer for the Iowa Department of Human Services, a position she states is both challenging and rewarding. "Human Services is a front-line, real-life event. Everything about the job is immediate, from serving families in crisis, to assisting staff with difficult situations, to meeting tension-fraught deadlines."
Cindy's writing has netted her spots on bestseller lists, numerous RT nominations and awards, the Colorado Romance Writers Award of Excellence, a National Reader's Choice Award and two RITA nominations.

Between writing and working full time you wouldn't think Cindy would have much time for anything else. And while she does find her work and her writing rewarding, there does have to be more. Cindy has more. Much more. She is happily married to the perfect man. Tom's a cowboy, ladies!
Both Tom and Cindy enjoy gardening and have recently expanded their annual beds into a perennial garden. Cindy says she can hardly wait for spring and the promise of all that reawakening and the colorful blooms.

In addition to the horses, the Gerards have two dogs, Ellie and Boomer, who pretty much get anything they want. Tom and Cindy have one son, Kyle, who, after years of keeping them in suspense, found Eileen, the perfect woman.
Connect with Cindy:
Website / Facebook / Twitter / Goodreads / Cindy's Amazon Page

For the seven years after Operation Slam Dunk went south, Mike Brown got drunk on each anniversary. The eighth year was no different--until he was drugged by a woman and woke up to her questions about what had happened eight years ago in Afghanistan. CIA attorney Eva Salinas has her own theory behind what happened to Mike's team--which included her husband--in Afghanistan eight years ago, and she's determined to prove foul play. Though she doesn't trust him, Mike is the only person she can turn to for help. Under an assumed name, Eva convinces Mike to assemble a new team and go after the traitor who screwed up both their lives. As they track down the rogue who started it all, Eva and Mike discover they can't live without each other. But can they stay alive while an enemy is still on the loose?


Giveaway ends 11:59pm EST Jan. 16th. Please supply your email in the post. You may use spaces or full text for security. (ex. jsmith at gmail dot com) If you do not wish to supply your email, or have trouble posting, please email maureen@justromanticsuspense.com with a subject title of JRS GIVEAWAY to be entered in the current giveaway. US and CANADA mailing addresses only.