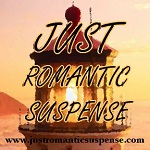 I wanted to share with you some of the past 'random thoughts' of the authors here at JUST ROMANTIC SUSPENSE.

Dana Marton
If Forest's mom said that life was like a box of chocolates, what chocolate candy best represented your day today?
I don't know. Is there an exhausted chocolate? LOL I'm putting the finishing touches on MOST ELIGIBLE SPY a romantic suspense for Harlequin Intrigue. My deadline is the day after tomorrow. Yikes! I'm doing the last read through. Of course, I always get my most brilliant ideas when it's too late to add anything! I'm not sure what kind of chocolate my day was, but I know what kind of chocolate I need. Coffee cream!!!! :-)

Christy Reece
What is the last generation in your family to use a clothesline?
That would be my grandmother. We lived with her several years when I was a kid. I remembering having to stand on a chair to reach the clothesline and how hard it was to hang the big items of laundry. Got slapped in the face by wet sheets many times. I also remember sleeping on those sheets and how incredibly fresh and wonderful they felt.

Cindy Huefner Cromer
Will we find something other than red dirt on Mars?
Hmmm, interesting question which not only resurected my chemistry background but ignitied the creative author side of my brain. I don't believe we will find any life forms as we know them on earth. However, the red dirt on Mars just might be the media to cultivate microbial organisams. The red color itself indicates it's rich in Iron and there are many organisims known as Iron eating bacteria. With added nutrients such as Nitrate, Sulfate, Phosphate combined with organic gases, Methane, Ethane, Zylene, who knows what might thrive in the unknown.

The recent venture to Mars with the Curiosity Rover has captured the attention of the world. The pictures generated are worthy of a movie set. However, SAM, the Sample Analysis at Mars, remote chemical laboratory, has intriqued me. As a chemist and scientist, I've interpreted data from many in-situ and remote locations but none of the magnitude of which SAM will capture. I'd love to be the scientist reading that feedback and analyzing the chemical and biological composition of Mars.

Now that I've bored you with scientific jargon the creative fiction writer is taking over and I just may have created not only a new suspense plot but a protagonist. Here's a peak:

"The NASA scientist sits at her desk pouring over the meaningless data from SAM. A blip on the computer jolts her and indicates an unknown chemical element. She rubs hers eyes and has to look twice at the monitor and digest the possible implicaitions. She taps at her keyboard and enters a few chemical equations. What appears astonishes her. Could this actually be the cure to...........?"

Carol Stephenson
How many licks does it take to get to the center of a tootsie pop?
I'll never know as I'm a cruncher. I got to take that bite to get to the tootsie roll center.

Carla Swafford
Will Kristen Stewart and Robert Pattinson get back together?
Being a big fan of Hollywood, theirs were probably a movie fling. You know, make a movie, fall in love with your co-star and then make a new movie, fall in love with your co-star, etc. I say have fun and the right movie stud will come along. If it can happen to Angelina . . .

Brenda Novak
If you were able to participate in the Olympics, what sport would you bring home a medal in?
If I could bring home a medal, it would be in cycling. I've always loved to ride bikes and ride for 25 miles per day. (But I'm not even sure there is an Olympic bicycling event! LOL)

Adrienne Giordano
If your heroine had the time to polish her nails, what color would she wear and why?
"Well, I guess it depends which heroine! LOL. Gina from Man Law would do clear. She’s a busy mom and only has time to swipe on a quick coat. Izzy (A Just Deception) likes to embrace her sexy side and would opt for red. Roxann (Risking Trust) would definitely wear something conservative. I see her in a sandy beige. Kristen (Relentless Pursuit) would  do a French manicure.  The heroine in my WIP? She’d experiment with different colors depending on her mood."

Allison Brennan
If you had to resort to using one, which do you prefer, pen or pencil?
Pen!

Angi Morgan
What is easier to picture yourself in...a red Ferrari or a white SUV?
Does it have to be RED? LOL  Ferrari over SUV. Technically, I already have a white SUV (I drive a very old Jeep). So picturing myself in a Ferrari is easy. OBTAINING that Ferrari, well, it will definitely take some time, but I like the idea of a two-seater for this part of my life.

Angela Henry
Have you ever played an instrument, and if so, was it by choice or by the choice of your parents?
No, I've never played a musical instrument. Okay, let me rephrase that. I never played a musical instrument well. I remember one year in elementary school when my entire music class got a plastic recorders. We were taught some simple tunes. I really didn't think I was half bad but then my recorder mysteriously went missing. LOL. I can't swear to it but I know someone in my family hid it from me. Thus ended my burgeoning musical career!

If you could have acted as an extra on a movie set, which movie would you have chosen, and what scene would you be in the background of?
Oh, great question!  I'm going to say Psycho, and I would've loved to have been in the scene with Alfred Hitchcock outside Janet Leigh's office at the beginning of the movie.

Autumn Jordon
If you could save time in a bottle, what room would you store that bottle in?
Definitely my office. It's a no enter zone and if someone does (by invition only), they can look but don't touch a thing.  And really that is where I'd used the extra time. Family is my priority, so I do give up writing time for the growing gang.

Barbara Phinney
Do you believe in Santa Claus?
I believe that Saint Nicholas existed centuries ago, but not the Coca-Cola version. But don’t tell my kids. They’re 20 and 22, and I never told them the truth about Christmas eve.

To: Becky Barker
Take a quick scan of your immediate area and identify an object you can turn into a spy gadget...and what gadget would it be?
I have a little clock with a pendulum. I'm thinking it could be rigged with a bomb and set to explode when the pendulum stops moving:-)

Beth Cornelison
Who in your household possesses the biggest sense of bathroom humor?
Bathroom humor isn’t much part of our house anymore since our son outgrew that stage many years ago. (thank goodness!)