I Was Born On Black Friday

Congratulations to "Marsha", the winner of Dana's giveaway. Thank you to all who participated!

My birthday is November 24th and it often falls on Thanksgiving day. My mother loves telling the story of my birth. It’s the only part of her pregnancy she remembers.

At four months pregnant, she and my father were in a motorcycle crash that nearly killed them both. In a lapse of judgment, my father leaned left when he should’ve leaned right, sending the cycle and both passengers off the road and over a steep hillside.

My father broke his wrists and collarbone. My mother landed on her head, cracking her helmet and breaking her neck in two places. Fortunately they were riding with a group of friends, including a nurse. Later my mother was told, had she landed any other way, her baby would’ve died and the fall would have likely killed her as well.

She was in a body cast for the next several months with a hole for her growing tummy. This cast included a halo that bolted to her forehead. I wish I had a picture to share, but I’ve only ever seen one picture of her while pregnant with me, and that belonged to a family friend. I don’t have a copy.

Due to the accident, she doesn’t remember her pregnancy, but she remembers the day I was born. Because of the accident, she was seeing an obstetric specialist in a hospital about 30 miles from our house. She often complains (with a smile) about how I ruined her Thanksgiving dinner because she was so uncomfortable and feeling poorly all night. In the wee hours of the morning after Thanksgiving, she felt her first contraction. In a panic (this wasn’t her first rodeo, I’m the youngest of four) she dragged my father out of bed to drive her 30 miles to this hospital.
And here is the part of the story she loves retelling.

My father dropped her off in the emergency room, and then went to park the car. When he returned, she’d already given birth. She was in labor for exactly 19 minutes from start to finish. I was born at 5:01 in the morning . . . and to this day, my mother calls every year on my birthday at 5:01 in the morning to say happy birthday. 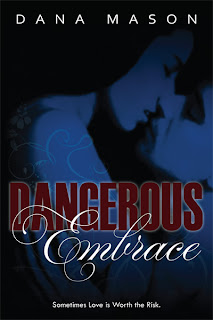 Sarah Jennings wants nothing more than a quiet life—alone.


Raised by an eccentric mother, their life on the road only taught her how to run away from hard times. But when she finds herself in an abusive relationship, this lesson serves her well.

Sarah’s eyes scanned the grounds again before turning toward the parking lot. She kept her pace normal. She wouldn’t let old fear push her to run to her car like a coward. She wasn’t in the city anymore. This neighborhood was safe, quiet, and she needed to just breathe through it and move ahead.
In college, the dark, foggy San Francisco nights left her in a constant state of fear. Always afraid she’d been found, running through parking garages, looking for stalkers hidden in shadowed corners. She wouldn’t live like that now. It’d been too long, and she given up too much already.
Sarah gripped the purse on her shoulder and turned toward the ramp leading to the parking lot.
The school sat on a hillside, and the walkway connected the school grounds with the teachers’ lot. A waist-high, metal handrail bordered the elevated ramp with a ten-foot drop down to a gravel hillside.
Sarah started across, but stopped when a tingling sensation attacked her scalp. She waited and listened, her pulse a little quicker than a few minutes ago. That’s when she heard running footsteps.
She looked up and met his eyes, a sick smile spread across his face. Fear dripped down her spine like a drop of cold water, and she knew she was in trouble.

Dangerous Embrace is Dana’s debut novel. It’s set in Santa Rosa, a city in the Sonoma Valley, California. You can find it on Amazon,  or Barnes and Noble.

To jumpstart your Christmas shopping, Dana is giving away a $10.00 Amazon gift card to one lucky commenter.  Tell us about your Black Friday rituals. Do you get up early and venture out into the cold for all the deals? Do you spent the day curled up with a laptop searching for the best online specials? Gorge on leftover turkey and stuffing? Spend the day in your pajamas reading?

Giveaway ends 11:59pm EST Nov. 24th. Please supply your email in the post. You may use spaces or full text for security. (ex. jsmith at gmail dot com) If you do not wish to supply your email, or have trouble posting, please email maureen@justromanticsuspense.com with a subject title of JRS GIVEAWAY to be entered in the current giveaway.