Congratulations to "Janet K.", the winner of Carey's giveaway.  Thank you to all who participated!

Maureen, thank you so much for having me back! I’m delighted to be at Just Romantic Suspense today.

Since Halloween plays a critical role in the plot of my romantic thriller, FIRST DO NO EVIL, I wanted to do something special to celebrate the holiday.
At first, I thought about re-telling my favorite ghost stories from childhood. But we’ve all heard them before. Then I thought, what if….What if - I poll my friends and find out if they have had some sort of TRUE paranormal experience. Wouldn’t that be fascinating?

It turns out several of my author friends have had paranormal encounters, and they were willing to share. The stories I have for you today may seem less dramatic than those childhood tales and urban legends…but these stories are TRUE.

I’ve got more stories posted on the other blog I’m doing today over at www.KissandThrill.com, so be sure and drop by there to read more true life ghosties!

Samhain author Carey Baldwin (that’s me!): The Spirit of a Mother’s Love

I was hesitant to share my own personal ghost story, but I do have one, and I think many people have such experiences surrounding the death of a loved one.
Here's what happened to me....

A few days after my mother died, I was in Texas, where I had traveled for my mom’s funeral. I was staying on the downstairs couch at my best friend Dottie's house. 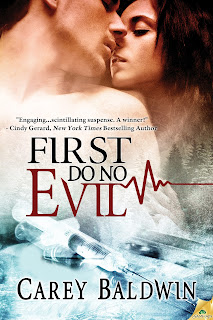 I had been dreaming about my mother, and when I woke up, I had the distinct feeling that my mother was physically beside me. I had chill bumps on my arms, and I could feel the warmth of her body and the heaviness of the couch, as if another person was sitting beside me. I was so sleepy and confused, and the sense of her presence was so strong, that I actually whispered, "Mother?"
As if in answer, a music box began to play upstairs. I jerked fully awake and screamed, "Dottie!"

Just then, the front door opened, and my friend Dottie came inside. She flung her coat aside and ran over to me. The music was gone. It seemed there had been no one in the house but me. Dottie had taken her daughter Courtney to school, and returned just as I screamed out her name. Courtney did indeed have a music box, but it wasn't playing now.

Dottie and I talked for a while, and we tried to come up with some logical explanations. I knew I hadn't been asleep and favored the idea that a cat had bumped the music box upstairs. "But, I think it was still a sign," I said.

Only, Dottie didn't have a cat.

"You're overwrought, and you must have been dreaming," she said. "But I know your mom will always be with you."

And just then, once again, the music box started to play.

We both screamed. Then we hugged each other. That's the one and only time I've ever experienced anything I couldn't explain. Whatever it was that caused the music box to play, ghost or no, I believe it was the result of my mother’s love.

When I was about five years old, we lived on a Navy base in California in a ranch- style house with hard, terrazzo floors. My dad was a big, tough Navy guy. He and my mom slept in the room at the end of the long hall of bedrooms.

One night my dad woke up to the sound of someone walking down the hall. He clearly heard footsteps. 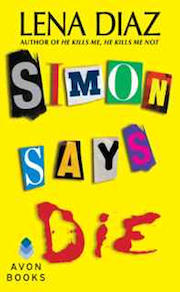 He assumed one of us kids was up, so he got up and opened the door. Nothing. It happened again the next night. Again, when he opened the door, no one was there. He checked all of us kids (four of us) and we were all sound asleep. My dad wasn't the kind to imagine things, and he didn't believe in ghosts or anything like that. So he made the logical assumption that someone had been breaking into our house.
The next night he double-checked every lock, and he stayed awake, both him and my mom. He waited right by the door with a baseball bat. Sure enough, the footsteps sounded again, coming down the hall toward his bedroom. My dad waited until they stopped right outside his door, and then he threw the door open ready to pummel the intruder. No one was there.

At that point, he was really freaked out and concerned about his family. He went to the base security the next day and they double-checked our locks and all that. They also told him something he didn't know. The last family that lived in our house had left under tragic circumstances. The father hung himself in the house. My dad never did catch an intruder, and those footsteps sounded several times off and on while we lived there. 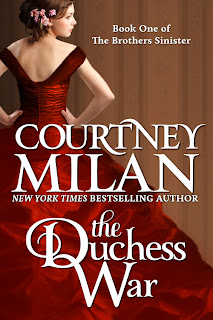 The house I grew up in was on the side of the hill, and my bedroom faced out over the valley. So one night, I went into my room... and there was this big, REALLY big, lighted thing in the sky. It was utterly quiet, so it couldn't have been a helicopter. And it was hovering, so it couldn't have been an airplane. It just sort of hovered there for a little while and then slowly moved away.
"Wow," I thought, watching it go. "Aliens are actually friendly! They must be sending us a message."

It was very dark when this happened, and I watched it with the gullible eyes of a ten year old, so I feel confident in assuring you that aliens visit this planet, and they're very nice.

Okay this one is not true, because Sky is the heroine of my romantic thriller, FIRST DO NO EVIL.

FIRST DO NO EVIL opens on a Halloween morning. Halloween is the worst day of the year for Sky, the anniversary of her father’s murder. If you want to know more about Sky’s story, I’ve pasted the blurb below:

FIRST DO NO EVIL

There’s a killer lurking in Dr. Skylar Novak’s family tree: the gene for breast cancer. That's why her brilliant brother invented the Bella vaccine. But even if the miracle drug protects her from the cancer that took her mother's life, it can't save Sky from the flesh and bone evil stalking her in secret.

When the killer strikes, detective Daniel Benson finds himself in the wrong place at the right time. The bold detective manages to save Sky's life…just in time for her to return the favor. Survival leads to seduction, and Danny risks everything—his career, even his life, to keep Sky safe. But will the buried sins they uncover cost him her heart?

Danny’s strong arms may hold her close, but only Sky can stop the terror that's coming next…

Warning: Contents include: One heart-melting hero—good luck getting this delicious detective out of your head. One reluctant heroine—wielding a Glock was never on her to-do list. One crazed villain—an entire flock of baa baa black sheep won't be enough to put you to sleep. And a lifesaving vaccine with one deadly side effect—murder.

One grand prize, consisting of the following books, will be awarded to one lucky commenter: FIRST DO NO EVIL by Carey Baldwin, (Nook or Kindle copy); SIMON SAYS DIE, and HE KILLS ME HE KILLS ME NOT by Lena Diaz (winner’s choice of electronic or print), HOW TO ROMANCE A RAKE by Manda Collins (winner’s choice of electronic or print copy). Leave a comment here on this blog to be eligible to win the grand prize.

But wait, today only, EVERYONE’S A WINNER

Are you the kid who never, ever, won the cake walk, no matter how many tickets you bought? Well, not on my watch. Today I’m also blogging over at www.KissandThrill.com and everyone who leaves a comment by midnight tonight on this blog, AND my Kiss and Thrill blog will win an electronic copy of FIRST DO NO EVIL for kindle or nook. Remember, you must comment on both blogs to automatically win FIRST DO NO EVIL.

So tell, us please, how do you celebrate Halloween?

Giveaway ends 11:59pm EST Oct. 26th. Please supply your email in the post. You may use spaces or full text for security. (ex. jsmith at gmail dot com) If you do not wish to supply your email, or have trouble posting, please email maureen@justromanticsuspense.com with a subject title of JRS GIVEAWAY to be entered in the current giveaway.