Congratulations to "Jaclyn L.", the winner of Kendra's giveaway. Thank you to all who participated! 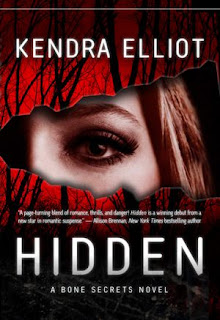 Eleven years ago, the Co-ed Slayer murdered nine female students on the Oregon State University campus. Lacey Campbell barely escaped his attack, but lost her best friend whose remains were never found. As the sole surviving victim, Lacey helped send the sadistic serial killer to prison for life.
Now a forensic odontologist examining teeth and bones for the state Medical Examiner, Lacey is devastated when she arrives at a crime scene and identifies the skeletal remains as her college friend’s.
The remains are discovered on the land of ex-cop Jack Harper. Sparks fly between him and Lacey, even as they realize that the prosecution’s witnesses from a decade ago are now being murdered one by one. All the evidence points to the Co-ed Slayer as the culprit—only, he’s long since dead. So who’s the new killer? And is Lacey next in line to die?
Order Now:
Amazon / Barnes & Noble 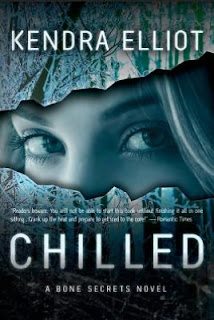 CHILLED: A BONE SECRETS NOVEL - Book 2
AUGUST 14, 2012
As a forensic nurse on a search and rescue team, Brynn Nealey braves a dangerous blizzard to find the survivors of a plane crash in the Cascade Mountains. Joining her is Alex Kinton, a former US marshal with self-destructive tendencies. Alex lies his way onto Brynn’s team to find the man who killed his brother—and then return the favor. But once the team members reach the plane’s wreckage, they discover everyone aboard has perished…except for the man Alex is hunting. Alex will do whatever it takes to track his target through the vast, snowy wilderness.
As the temperatures drop, however, so do Alex’s defenses. His contact with the sharp, kindhearted Brynn makes his lust for vengeance difficult to reconcile with his growing feelings for a woman who risks her life to help others. What will happen to Alex’s savage instincts when he finally has the opportunity to confront his brother’s killer?
Order Now:
Amazon / Barnes & Noble

Alex Kinton pulled his SUV to a lurching stop, choosing the smallest puddle to park in, and then sat and absorbed the gloomy tableau before him. Wet, foggy, cold, and wet. A close-knit circle of red parkas turned his way. Even from fifty feet away he could see and feel the tension in the postures.
He wasn’t welcome.
He didn’t blame them, but he also didn’t care.
He had a plane to get to.
Alex forced himself to open the door and step into the bitterly cold air. Christ. Fucking weather. No turning back. He ran a restless hand through his hair and pulled up his hood as goose bumps spread across his arms.
One of the red parkas stepped out from the circle as Alex worked his way across the mud and muck. His lungs contracted at the stabbing chill in the wet air. It smelled like snow. That fresh-scrubbed, icy smell that came before the skies let loose with the white stuff. Had to be close to freezing. He couldn’t stop a full body shudder and shiver and hoped the onlookers hadn’t noticed. Why hadn’t the crash happened in the middle of August? When it was hot enough to wear shorts?
The man in the parka approached, holding out a hand in greeting, but his brown eyes were cautious. The dark man looked to be in his fifties, an air of natural leadership emanating from him.
“Alex Kinton?”
Alex nodded. “You must be Collins. The boss said you’d have a pack and equipment ready for me?”
Collins’s chin jerked at the curt tone, and Alex levelly met his gaze. He didn’t have the time or patience for how-do-you-do chitchat. His stomach abruptly cramped, reminding him he’d skipped breakfast. The gut pain coordinated with his growing headache from ignoring his medication last night and this morning. He’d wanted a clear head to meet the plane so he’d deliberately left the small orange pill bottle on the shelf.
Now he had a clear, pounding head.


Kendra Elliot grew up in the lush Pacific Northwest and still lives there with her husband, three daughters, two cats, and a Pomeranian. She left the dental world after sixteen years to write full time in 2012. Her first two books HIDDEN and CHILLED spent months on Kindle's top 100 paid best seller list. Two more Bone Secrets novels will be released in 2013. She's always been fascinated with forensics, refuses to eat anything green, and loves a strong Mai Tai on the beach on Kauai. Before being published, Kendra's manuscripts finaled in RWA's Golden Heart Awards, the Daphne Du Maurier, and the Linda Howard Award of Excellence.

Kendra will be offering a copy (paperback or eBook) of either HIDDEN or CHILLED (winners' choice of book and format) to one lucky person leaving a comment.

Giveaway ends 11:59pm EST Oct. 21st. Please supply your email in the post. You may use spaces or full text for security. (ex. jsmith at gmail dot com) If you do not wish to supply your email, or have trouble posting, please email maureen@justromanticsuspense.com with a subject title of JRS GIVEAWAY to be entered in the current giveaway.