By: James A. Greer

Congratulations to "Kai", the winner of Jim's giveaway! Thank you to all who participated.

Firefighters had mostly extinguished the blaze resulting from the plane crash. Large chunks of scorched metal – the engine compartment and crushed cockpit, smoldered and hissed among puddles of foamy liquid. Several men and women, garbed in black bunkers and wearing positive breathing apparatus below Kevlar helmets, occasionally sprayed a hot spot. Others extinguished burning grasses in the nearby field.
Deputy Cici Onofrio arrived shortly after the first pumper, blocking traffic with her Chevy Tahoe painted classically-police black and white. Her overheads illuminated the scene and warned other drivers that she’d closed the road. Approaching the Fire Department Battalion Chief in command, she announced her presence.
“There are two dead people in there,” the chief said, pointing to a demolished motor vehicle. “Killed instantly.”
The unlucky occupants of the pickup struck by the aircraft remained in place – decapitated and burned beyond all recognition. The sharp chemical smell of melted plastic and rubber mingled with the unmistakable odor of charred flesh, a pungent combination never forgotten.
“Baker Thirty Three,” she radioed. “This is a fatal airplane crash. I’ll need a supervisor, the State Patrol and some help closing the road. No sign of the pilot, but there are two victims in a truck.”
“It’s a drone,” the voice said behind her.
A man stood ten feet away, gloved hands open and visible at his sides. Dressed in a green-patterned military uniform, his pointed cap seemed incongruous given the cold weather. He wore a sidearm. Easily over six feet, broad-shouldered and trim. His hair was cut so short the color was indistinguishable.
“I’m sorry?” she said, approaching him.
“It’s a drone. The pilot is back at Buckley.”
“Who are you?”
“Kevin Cross. Second Lieutenant, Quebec Battery, 5th Battalion, 14th Marines, 4th Marine Division. I lead a platoon of military police at Buckley. Also, I’m afraid…. I’m in charge now.”
“This is Arroyo County’s—“
“This is a national security incident, Deputy,” Kevin said, bright blue eyes and captivating smile at odds with his words. “But I’d love to have you be my cop.”

What does she answer? It depends on who she really is.
Beginning a manuscript is both daunting and captivating. The clean sheet of digital “paper” staring back beckons the ideas already forming, the ones that prompted the decision to begin writing. It’s a question of investing the time, while sipping a good chardonnay.
With little formal training, I’ve developed my own creative process. The framework has to support eighty to a hundred thousand words and give the main character something to do when she isn’t sleeping with the male protagonist.
She. As I discussed in the previous JRS blog, my main character is always a woman police officer. Generically such, actually, because Karen Sorenson (Out of Ideas) is a sheriff’s deputy and Amy Painter (A Miracle of Zeros and Ones – publication date TBA) a municipal police sergeant. The plot has to put the protagonist in harm’s way, present a professional dilemma to unravel, and pair her with a man that complicates her life beyond all recall. Plot outline…meet your hero.
Who she is depends on what I want to say about her. Karen is tough, strong and accomplished – let’s give her a vulnerable, needy side, She provides the reader with a real-life glimpse at the contradictions often inherent in policewomen. Amy’s a mom, her husband very successful and yet…she clings to her job with a tenacity bordering on obsession. Wouldn’t every woman choose to stay home with the kiddo? Not the ones I know, even as they struggle with the decision. 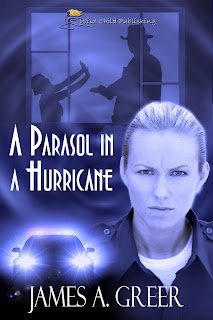 In this new manuscript, called A More Perfect Union, I wanted to explore the difficulty a young woman has with finding her place in a police organization. I’ll make her smart and capable, but unsure whom to trust. A dark secret underlies her reluctance to form personal relationships even as she recognizes them as a way to assimilate and gain allies. She makes mistakes, trusting the wrong people. Don’t we all, sometimes?
What does she look like? The Italian last name gives a hint, but there is so much more to do. Tall, athletic, attractive women can seem too perfect. However, the easy perception that blonde, fit, six-one Karen Sorenson gets everything she wants is solid gold in a writer’s hands. We should give Cici long, dark hair, an ample chest (I have male readers, too) and make her a jock. Lacrosse player, perhaps, for that hard edge necessary to survive what lies ahead for her.
Characters often present a surprise of two – to me. Writing mindlessly, letting Cici grow into a real person, she disclosed that she’s a vegetarian. At least she can eat donuts, you say? Funny. Once I’d come to a stopping point, I had several hours of research to do, to make sure I knew what she could eat, what attitudes she might have, even why she chose that lifestyle in the first place.
With a start on Cici, I needed a guy. Simple? Guys are complicated (stop laughing). We’re sensitive and sincere, even as our one-track mind is employing its x-ray vision. We don’t care to be hurt, thank you, no matter how nonchalantly we might move from bed to bed. Nevertheless…. Gotta have some guns, but nothing like Arnold – he lifts but no ‘roids, although he takes his protein the old fashioned way – medium rare with a little pepper. Soft eyes, short hair and a conservative approach to dress. A little ink but each tat is meaningful. Sharp wit, capable and confident, even some old fashioned male arrogance. Starts out with a veneer of invincibility, only to see it pierced somehow. Cici, of course, has his back.
What does the lead male offer Cici? Strength? At some point, because that’s what most guys want to offer (even if the woman is a cop. That’s a complicated, delicate situation). Honesty? Okay, how many guys do you know who play that card first? The main male character’s virtues should offer conflict to Cici, at least initially. She’s reluctant to have a personal relationship with him. Does he retreat out of respect, or ignore her signals hoping they are transient? A hook up has to happen; getting there is all of the fun.
How do I “vet” my characters? My wife is used to fielding “So, Karen wonders…” questions. Friends at work, among them a former Marine Corps Captain, have become accustomed to a requested minute, which often grows to a half-hour or more. I buy the coffee.
“I’d love to have you be my cop.” If Cici’s response ever elicits from a reader “Cici wouldn’t say that!” it’s not a criticism. It’s a compliment. I’m doing my job.

BIO: James Greer’s twenty-eight year law enforcement career has provided more than enough characters, anecdotes and idiocy to fill ten manuscripts. He is presently a patrol sergeant, coordinating the bicycle patrol program. In addition to writing, cycling and sitting on his back porch he trains Jed, a Portuguese Water dog, to fetch…or maybe it’s the other way around. He resides with his wife Pat, who trains CJ, also a PWD, in K9 nose work. Ancient Papillion Radar and three alley cats look on in amusement. Visit him at http://Bikecopblog.blogspot.com

James will be giving away a digital copy of Out Of Ideas to one lucky commenter.

Giveaway ends 11:59pm EST Sep. 24th. Please supply your email in the post. You may use spaces or full text for security. (ex. jsmith at gmail dot com) If you do not wish to supply your email, or have trouble posting, please email maureen@justromanticsuspense.com with a subject title of JRS GIVEAWAY to be entered in the current giveaway.
Posted by Maureen A. Miller at 1:03:00 AM

Email ThisBlogThis!Share to TwitterShare to FacebookShare to Pinterest
Labels: James A. Greer