Congratulations to Kathy W. and Debbie K., the winners in the Montlake giveaway. Thank you to all who participated in this giveaway!
Today, JUST ROMANTIC SUSPENSE is featuring Montlake Romance, Amazon's romance line which launched last year with a novel by Rita-winner Connie Brockway. Montlake takes its name from the central Seattle neighborhood of Montlake, and publishes a broad range of front list titles in popular romance sub-genres, including romantic suspense, contemporary, historic, fantasy and paranormal.
Several Montlake authors reside here at JRS...some with new releases coming out next week! Let's take a peek at the exciting romantic suspense novels from Montlake!
CHILLED - Kendra Elliot 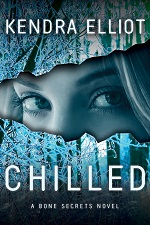 As a forensic nurse on a search and rescue team, Brynn Nealey braves a dangerous blizzard to find the survivors of a plane crash in the Cascade Mountains. Joining her is Alex Kinton, a former US marshal with self-destructive tendencies. Alex lies his way onto Brynn’s team to find the man who killed his brother—and then administer his own brand of vigilante justice. But once the team members reach the plane’s wreckage, they discover everyone aboard has perished…except for the man Alex is hunting. Alex will do whatever it takes to track his target through the vast, snowy wilderness.
As the temperatures drop, however, so do Alex’s defenses. His contact with the sharp, kindhearted Brynn makes his lust for vengeance difficult to reconcile with his growing feelings for a woman who risks her life to help others. What will happen to Alex’s savage instincts when he finally has the opportunity to confront his brother’s killer?

When two hikers disappear, their hometown in Maine blames the blinding storms. But the truth is far more sinister. Unaware of the danger, tabloid photographer Jayne Sullivan follows an anonymous tip to find the most reclusive sculptor in the art world. Instead, she finds sexy handyman Reed Kimball—and a small town full of fatal secrets.

Five years ago, Reed buried his homicide detective career along with his wife. But when a hiker is found dead, the local police chief asks Reed for help. Why was a Celtic coin found under the body? And where is the second hiker? Avoiding the media, Reed doesn’t need a murder, a missing person, or a nosey photographer. Then Jayne is attacked, and her courage is his undoing. Reed must risk everything to protect her and find a cunning killer.

Don’t miss this sexy thriller from the author of International Thriller Award nominee She Can Run. 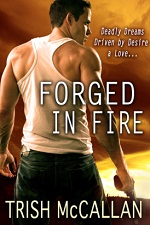 Beth Brown doesn’t believe in premonitions. But her recent dream feels too real to ignore: a commercial airliner is hijacked, and a handsome passenger is shot dead. Beth hasn’t met the mystery man in her dream; she would never forget a gorgeous face like his. But she can’t deny the bizarre connection she feels. Now awake, and unable to allow for the violence she’s convinced is impending, she races to the airport…and comes face to face with the man of her dreams.

Zane Winters lives for his job, using his uncanny psychic powers to carry out missions for elite SEAL Team 7. Yet the constant adrenaline highs can’t drown out the numbness seeping into his life as he yearns to find a woman he can trust. All that changes when he meets a beautiful stranger who sets his soul on fire—and somehow knows he’s about to die.

To thwart the global crisis the hijacking will unleash, Beth and Zane join forces. But even amid the danger, they can’t deny the powerful force drawing them together. Is it merely attraction…or destiny?

EVERY BREATH SHE TAKES - Norah Wilson 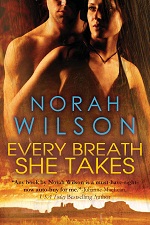 Veterinarian Lauren Townsend has good reason for hiding her psychic ability. Not only did her “freakishness” earn her pariah status in the small town where she grew up, it cost her a fiancé and her faith in love. When Lauren foresees a murder—through the killer’s eyes—she traces the victim to a sprawling ranch, never guessing what waits for her…

Cal Taggart’s rugged ranch life doesn’t need any more complications. His stubborn determination cost him his marriage, and now may cost him his livelihood. But then beautiful Lauren enters his corral…with danger close behind. And Cal wants nothing more than to protect her. They can’t deny their intense attraction. Nor do they want to. What begins as a fling with no strings becomes a fight for survival—and for true love.

IN HER SIGHTS - Robin Perini 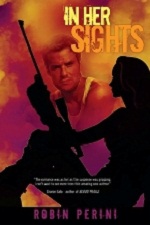 Jasmine “Jazz” Parker, Jefferson County SWAT's only female sniper, can thread the eye of a needle with a bullet. But she carries a secret from her past that she thought she buried for good at the age of fifteen. Two years ago she even drove away the one man she believed she could love—ex-Army Ranger turned reporter Luke Montgomery—to keep her past hidden. Now, in a fleeting second, the time it takes for one clean shot, one perfect hit, to save the life of the governor's daughter, Jazz's world begins to crumble around her.
Luke splashes her face and name across the front page of the newspaper, reawakening her past with a vengeance. A vicious enemy is now bent on destroying her life, forcing Jazz to turn to the one man she can never have in order to stop a killer before she and everyone she cares about pays the ultimate price. Full of explosive action and almost unbearable suspense, In Her Sights is a relentless, steamy thriller surprisingly infused with soul and poignancy.
This is only a sampling of the wonderful titles at  Montlake Romance. *And for this SPOTLIGHT, Montlake is awarding two lucky winners their choice of one of the following print titles:  Kendra Elliot - HIDDEN, Kendra Elliot - CHILLED, Melinda Leigh - MIDNIGHT EXPOSURE, Robin Perini - IN HER SIGHTS, Trish McCallan - FORGED IN FIRE, Norah Wilson - EVERY BREATH SHE TAKES
To enter, simply comment and let Montlake know what an avid romantic suspense fan you are!
SUBMISSIONS
Are you an author interesting in submitting to Montlake?  Montlake Romance  publishes single title romantic fiction in the following subgenres: contemporary romance, romantic suspense, historical romance, and paranormal/fantasy romance. Montlake Romance’s sensuality level ranges from modest to red-hot. Each book’s word count is roughly 70,000-110,000 words. We’re looking forward to reading your best work! montlake-submissions@amazon.com
"Catch New York Times bestselling Montlake Romance author Connie Brockway the first Thursday of each month on Amazon’s Omnivoracious book blog, where she reveals current and classic must-read romances: http://www.omnivoracious.com/"
*Giveaway ends 11:59pm EST Aug. 28th. Please supply your email in the post. You may use spaces or full text for security. (ex. jsmith at gmail dot com) If you do not wish to supply your email, or have trouble posting, please email maureen@justromanticsuspense.com with a subject title of JRS GIVEAWAY to be entered in the current giveaway. Giveaway is for residents of the US and CANADA only.
Posted by Maureen A. Miller at 12:30:00 AM

Email ThisBlogThis!Share to TwitterShare to FacebookShare to Pinterest
Labels: Montlake