By: Carla Swafford
Congratulations to Stephanie, the winner of Carla's giveaway. Thank you to all who participated. 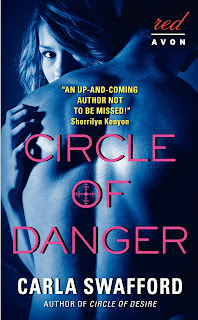 Of course, this is who I would want to play the lead in Circle of Danger. Tom Hardy of Warrior and This Is War fame.
Oh, I’m giving away an e-copy of Circle of Danger to a lucky commenter!
***
Carla Swafford knows her personal life isn’t as exciting as her characters. She lives in Alabama and is married to her high school sweetheart. A third generation storyteller, she enjoys all kinds of romances and loves writing about the different paths taken to that beautiful happy ending. Circle of Desire and Circle of Danger are available now.
You can find Carla Swafford at
www.carlaswafford.com
www.carlaswafford.blogspot.com
www.romancemagicians.blogspot.com
Also on Facebook, Twitter and Pinterest

Giveaway ends 9pm EST June 12th. Please supply your email in the post. You may use spaces or full text for security. (ex. jsmith at gmail dot com) If you do not wish to supply your email, or have trouble posting, please email maureen@justromanticsuspense.com with a subject title of JRS GIVEAWAY to be entered in the current giveaway.
Posted by Maureen A. Miller at 3:53:00 AM