By: Julie Korzenko
Congratulations to Mary C, the winner of Julie's giveaway. Thank you to all who participated. 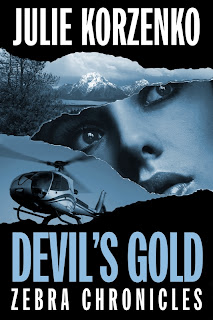 
Giveaway ends 9pm EST June 17th. Please supply your email in the post. You may use spaces or full text for security. (ex. jsmith at gmail dot com) If you do not wish to supply your email, or have trouble posting, please email maureen@justromanticsuspense.com with a subject title of JRS GIVEAWAY to be entered in the current giveaway.
Posted by Maureen A. Miller at 4:45:00 AM