A Fish Out of Water: Conflict from Setting in Romantic Suspense

By: Virginia Kelly
Congratulations to Sandra C., the winner of Virginia's giveaway. Thank you to all who participated!
One of the first books I read about writing was Debra Dixon’s GMC: Goal, Motivation & Conflict. In the chapter called Conflict Mascots, in which she discusses techniques to heighten conflict, there is a section on Setting in which she tells writers to “Toss your character in a strange environment.” She places this under a heading she calls “Fish Out of Water.” Ms. Dixon refers to the Indiana Jones character and his adventures in unknown—exotic—places.
The “fish out of water” analogy has always resonated with me because we can understand the conflicting emotions of being tossed into a strange place.
But the “fish out of water” method doesn’t have to apply to a character in a new place. It can also apply to a character in a place that was once familiar (home) which has suddenly changed because of circumstances or because another character has made an appearance and turned the familiar, comfortable setting into an alien and dangerous place.
Both of these types of settings drive the characters’ emotions and choices and present life-threatening complications in romantic suspense novels. We as readers may prefer one of these over the other.
The exotic setting 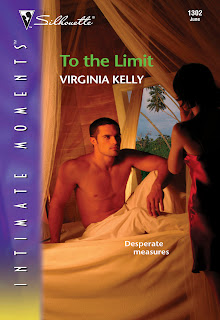 TOTHE LIMIT, my RWA Golden Heart Finalist, is the story of Mary Beth Williams who is determined to save her brother from the South American terrorists that kidnapped him. To accomplish this in a dangerous and foreign country she knows nothing about, she enlists the aid of Nichols Romero, a world-renowned diplomat of said country. As they face the dangers of traveling away from what Mary Beth considers civilization, she’s not sure why the mysterious Nick chose to help her. But she must depend on him in this unfamiliar and dangerous setting.
The fictitious and exotic San Mateo, based on Peru, ratchets up the suspense and conflict, and sets the mood. It provides the tapestry that holds the characters together in a struggle to survive and love.
The familiar setting
In my newest release, AGAINST THE WIND, FBI Special Agent Michael Alvarez is running from false charges of fraud and the determined pursuit of someone bent on murdering him. He runs straight into an oncoming hurricane and Blair Davenport. Blair rejected Michael’s proposal six years earlier after a week of passion. She’s totally unprepared to see Michael after all this time and doesn’t know how to deal with him, nor with the fact that someone is trying to kill him.
The setting, the place Blair knows so well and which was safe, is thrown into chaos not only by Michael’s arrival, but by the incoming hurricane. She must face an unknown and dangerous situation. The suddenly alien situation ratchets up the suspense and conflict and pushes the characters together as they struggle to survive and achieve their second chance at love. 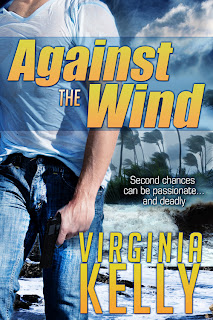 Here’s an excerpt from AGAINST THE WIND:
“We need to go,” she said.
“You go on.” Michael continued to look out. “Be careful.”
Even if he’d taken leave of his senses, she couldn’t abandon him to ride out a category three hurricane. She couldn’t leave anyone to that fate. “You can’t stay here.” She sounded more like she was speaking to her eighteen kindergarten students than to a grown man.
“I can’t leave.” Now he did look at her, those dark eyes intense, but still cool.
“It’s likely the house won’t make it.”
“I’ll risk it.”
His statement sounded so ridiculous that she blurted, “Get real.” A quick breath calmed her and she continued. “I have a car. I’m going as far as I can.”
“You’re not going far enough for me.”
That gave her pause. Torn between the need to protect herself and some other undefined feeling, she managed, “I will.” There. She’d said it.
That the words were those he’d expected six years earlier wasn’t wasted on Michael. She read the surprise on his face.
“Bad timing, Blair.”
“You can’t stay here.”
“Blair—”
“Be reasonable. We’ll get in the car and go. That man was looking for you, he probably knows you’re here. He’ll think you stayed.” She wouldn’t plead. She shouldn’t care. “It makes sense to leave.”
Michael moved toward her, away from the window. Blair took in the sensuous mouth, the beard-roughened jaw, and the amazing eyes. The way his body moved. This was the man she’d said no to.
“Go get in your car, Blair,” he said, standing before her.
Blair felt his nearness, the heat from his body. For a single moment she thought he might touch her cheek, but he never raised his arm.
“Don’t second guess good sense,” he said. “You made the right choice years ago.”
***
Michael watched her leave, Nell’s hurricane-force winds pulling at her bright yellow slicker. She put some more of Alice’s things in the trunk of her silver Toyota and, with one last glance toward the kitchen window where he stood, walked around to the driver’s side of her car.
That’s when Michael saw him. Hiding behind a supporting piling, ready to make his move. A month ago, he wouldn’t have hesitated to burst out of the door, pistol drawn. Today, with Blair in the way and exhaustion lingering despite his nap, he waited a fraction of a second too long. A single shot would have taken the man out and rendered Blair safe. But it was too late.
He saw Blair turn, saw her body stiffen as she took in the sight of the stranger holding a .357 on her. The man mouthed directions at her, the revolver aimed straight at her chest.
Against the Wind is FREE today at Amazon. Hop over and pick up a copy of the ebook at amzn.com/B007XUL91O! Tell a friend! Kindle books can be read on your computer, iPhone, iPad, Android phone, or Android tablet using the free Kindle app. Calibre, a free software application found at http://calibre-ebook.com/,  can be used to convert Kindle books to other formats for other ereaders such as Nook.
I’ll give away a copy of To the Limit (either in print or as an ebook). Name to be drawn from those who post/respond to the following:
If you were to find yourself in either of the “fish out of water” story types above, who would you choose as your leading man? (If you’re a writer, please feel free list your book title.) Just to get you started, here are my choices: Jensen Ackles, Pierce Brosnan, Hugh Jackman ... my list goes on. Who’s on your list?
Author Bio: Virginia Kelly’s first book was an RWA Golden Heart Finalist and, once published, went on to final in several writing contests. She lives in Florida with her husband and children. She enjoys family, the outdoors and travel. Visit her website at http://virginiakelly.net or her Pinterest boards for more on the (real) settings of her books.
Pinterest
Facebook
Twitter

Giveaway ends 11:59pm EST June 29th. Please supply your email in the post. You may use spaces or full text for security. (ex. jsmith at gmail dot com) If you do not wish to supply your email, or have trouble posting, please email maureen@justromanticsuspense.com with a subject title of JRS GIVEAWAY to be entered in the current giveaway. Print book prizes are eligible in the US and CANADA.
Posted by Maureen A. Miller at 4:00:00 AM