By: Marliss Melton
Congratulations to "KrazyMama", the winner of Marliss's giveaway. Thank you to all who participated.

I’ve had a ton of fun incorporating ethnic heroes into my books, starting with Sebastian León in my first Navy SEAL book, FORGET ME NOT. Sebastian was your typical Hispanic male, romantic to the core. In NEXT TO DIE, I introduced Vinny De Innocentis, an Italian-American with an equal flare for passion. My new release, THE GUARDIAN, introduces two ethnic protagonists. Magdalena Xenakis is my Greek-American heroine, hot-blooded and superstitious. FBI Special Agent Jackson Maddox is my first mixed-race hero, half-white, half-Islander. I looked up celebrities to see who resembled my characters, and these are the faces I came up with: 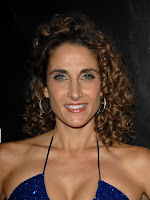 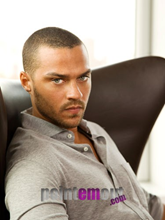 
Isn’t he yummy? I think it’s about time darker skinned heroes made their debut into the pool of potential heroes. Readers are more accepting than they used to be. Our society has long been a melting pot, so why not reflect that diversity in fiction? Suzanne Brockmann was among the first romance authors to push the envelope with her mixed-race heroine, Alyssa Locke. And who didn’t love Alyssa? Alas, I don’t get to read as much as I’d like to. Are other authors bringing ethnic heartthrobs to life? If so, who are the authors and what characters come to mind?
In brief, here’s what THE GUARDIAN is about:
Special Agent Jackson Maddox poses as Abdul, an ex-convict in a reintegration program believed to have ties to terrorism. Out of the blue, a journalist snaps his picture, putting his deep cover in jeopardy. When confronted, Magdalena Xenakis refuses to admit that she writes for a tabloid. Another of the ex-cons in the program murdered her younger sister, and Lena’s plan to incriminate the killer involves posing as a novelist in search of a story. Thwarted at every turn by the handsome parolee, Abdul, Lena fights her traitorous attraction to the former felon while working furiously to discover the truth she knows he’s hiding. As the nights heat up and the threat of terrorism looms for Jackson, it is Magdalena who must learn to share her secrets and her heart, if she ever hopes to outsmart her sister’s killer.
Don’t miss this edgy thriller! Available electronically on June 30, 2012 at Amazon.com, B&N’s PubIt!, and Smashwords.com.  Paperback version to follow.
Marliss will be giving away an electronic copy of THE GUARDIAN to one lucky commenter!
Giveaway ends 10pm EST June 14th. Please supply your email in the post. You may use spaces or full text for security. (ex. jsmith at gmail dot com) If you do not wish to supply your email, or have trouble posting, please email maureen@justromanticsuspense.com with a subject title of JRS GIVEAWAY to be entered in the current giveaway.
Posted by Maureen A. Miller at 4:22:00 AM